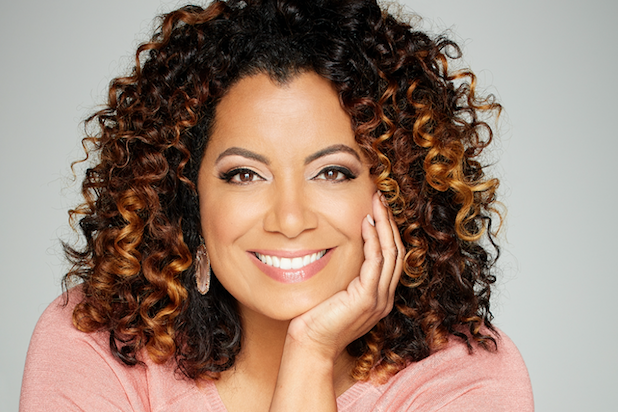 “I’m overlooking the Hollywood sign and I feel like I am home,” Pereira told TheWrap after a busy day of rehearsals at CNN’s L.A. headquarters.

“Michaela” is currently the only national morning news program broadcast from Los Angeles. HLN and Pereira plan to bring a West Coast feel to the the broadcast.

A native of British Columbia, Pereira has spent the bulk of her career on the West Coast except for a a three-year excursion in New York to co-host CNN’s morning show “New Day.”

Pereira admitted that she didn’t feel completely at home in New York since her L.A. sensibilities are wrapped up in who she is.

“There is this vibe that is a little different. We are pretty chillaxed. It’s that kind of sensibility that people up and down the coast, of the west, I believe feel and connect to. That’s going to be part of the spirit of our show,” Pereira said. “There will be a feel to our show.”

Pereira then pointed out that her staffers were wear flip-flops and said that wouldn’t fly in New York.

“The flip-flop mentality. That’s a thing,” she said.

The show reunites executive producer Scott Warren and Pereira. The two collaborated at both KTLA and TechTV.

“The nine years I was at KTLA… that job allowed me into people’s homes and into people’s communities. I relished that,” Pereira said. “The community of L.A. embraced me in return. I quickly fell head over heels in love with the place.”

Pereira loves that L.A. is actually a “bunch of cities” where anyone can find their place.

“It’s a fascinating and intriguing place,” she said.