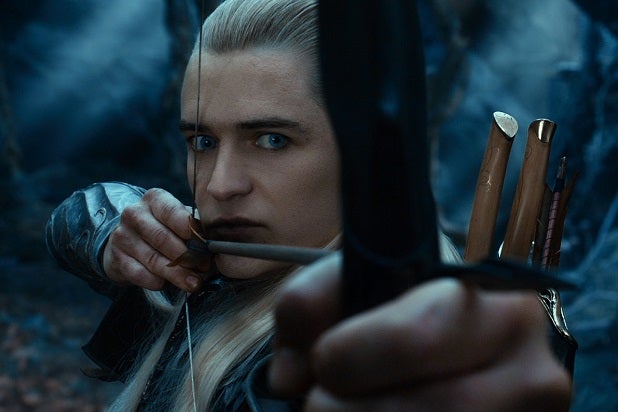 “The Hobbit: The Desolation of Smaug” blasted past $400 million worldwide with a huge $96 million weekend overseas.

The second film in Peter Jackson’s trilogy, which is a prequel to his “Lord of the Rings” series, set a record with distributor Warner Bros.’ best-ever opening ever in Russia at $18.8 million. Its global total is now at $403.8 million.

Overall, “Smaug’ dropped off just 43 percent from last week internationally, and its foreign total is up to $276.3 million, on par with last year’s previous film, “The Hobbit: An Unexpected Journey.”

Disney’s “Frozen” was far behind in second, but impressive nonetheless. The animated family film brought in $35.1 million from 33 foreign markets to raise its international total to $152.6 million and its global total to $344 million.

Disney received more good news, getting the go-ahead from Film China for “Frozen” to open there in 2014, probably in January or February.

Paramount rolled out “Anchorman 2: The Legend Continues” in seven foreign markets and it took in $13.4 million. That’s more than double the $5.2 million that the original film did abroad overall back in 1994. The leading markets were the U.K. at $7.4 million and Australia with $5.2 million.