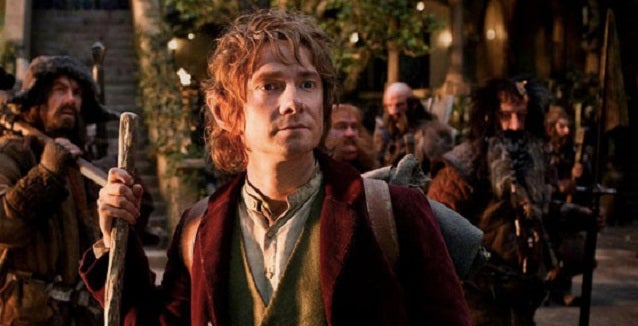 It's official, “The Hobbit: An Unexpected Journey” has surpassed the billion dollar milestone at the worldwide box office.

“The Hobbit: An Unexpected Journey” is a production of New Line Cinema and Metro-Goldwyn-Mayer (MGM), which along with Warner Bros. made the announcement Sunday.

To date, the blockbuster has earned $301.4 million domestically. With its recent release in China, where it has grossed $37.3 million in 10 days, the film has earned an estimated $700 million internationally, for a global total of $1 billion to date.

Also read: Why 'The Hobbit' Will Be the Biggest Tolkien Tale Ever at the Box Office

“The Hobbit: An Unexpected Journey” becomes only the 15th film to achieve the box office milestone.

"The Lord of the Rings: The Return of the King" is the only other adaptation of J.R.R. Tolkien's fantasy novels to break the $1 billion barrier. It grossed more than $1.1 billion when it was released in 2003, although it did so without the benefit of 3D. "The Hobbit" was shot in the format, which allows it to charge a premium on certain showings.

“We could not be more proud to have reached this amazing benchmark," Warner Bros. president of domestic distribution Dan Fellman said in a statement. "Together with our partners at MGM and New Line, everyone at Warner Bros. congratulates Peter Jackson and his entire cast and crew on the extraordinary success of this film.”

Despite having lighter source material (one book to the "Lord of the Ring"s' three), "The Hobbit" will spawn two more sequels — "The Desolation of Smaug"  and "There and Back Again," which will hit theaters over the next two years.