On the heels of writer-producer Peter Jackson’s remark that shooting will not start on his much-awaited "Hobbit" until until summer 2010 comes word that the two-part movie will be delayed a full year. 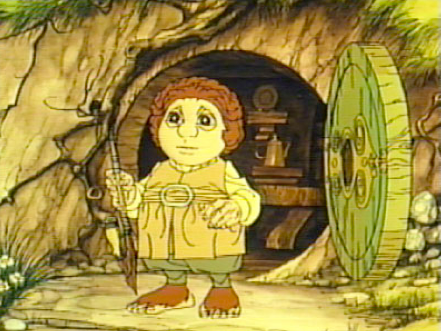 "While it is still possible that it could come out in December 2011, it looks more likely to be 2012," an executive close to the film told WaxWord.

The second part would be pushed to 2013.

On a press tour for his new movie "The Lovely Bones," Jackson told a German magazine this week, "We’re currently working on the second script, which we hope to have completed by the end of this year or beginning of next. When the scripts are completed, we can begin with the exact calculation of the necessary budget. We hope to start filming in the middle of next year. However, we’ve received no green light from the studio yet."

As a project, "The Hobbit" is co-owned by New Line and MGM but is being produced at New Line, the studio that brought the world the blockbuster "Lord of the Rings" trilogy.

As for the budget, executives on the film presume it will cost somewhere between $200 million and $300 million to produce. If it is anything like "The Lord of the Rings," which grossed some $2.9 billion when all the tallies were done, that will be just fine.

The delayed scheduling makes some sense because the project is still being written by Jackson and Philippa Boyens, and worked on by director Guillermo del Toro. It has not been cast or budgeted. The studio, New Line and likely cast member Ian McKellen (who said so) have read a draft of part one. But the second script has not been delivered and is not likely to be before the end of the year.

A representative close to Jackson said no official release date had been determined: "What we’ve been told in conversations is that a decision about the release won’t happen until screenplays and budgets and schedule are done and everyone could look at it."