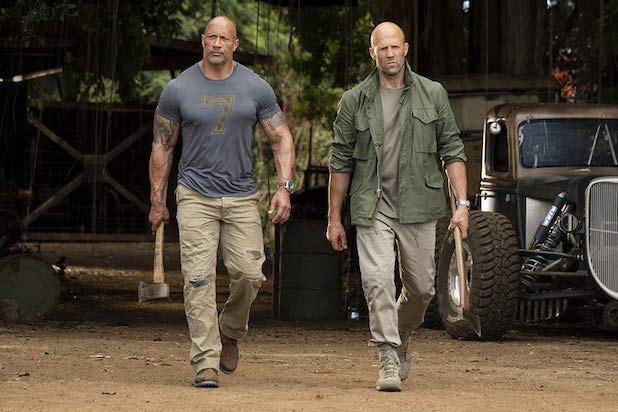 Comcast grew its overall revenue and earnings in the third quarter of 2019, despite declines all over NBCUniversal’s entertainment segments. The media giant also topped media analysts’ estimates for the three-month period ended Sept. 30, 2019.

At the box office, Universal’s “Fast & Furious” spinoff “Hobbs & Shaw” and “The Secret Life of Pets 2” couldn’t keep up with 2018’s summer quarter, when “Jurassic World: Fallen Kingdom” and “Mamma Mia! Here We Go Again” were in theaters. The “Jurassic World” sequel, a June release, would be made available for home consumption in the same quarter last year, which also boosted filmed entertainment revenue then.

NBCUniversal’s television revenue also dropped from the prior year quarter, when Spanish-language broadcast network Telemundo had the 2018 FIFA World Cup, and thus chipped in more than usual. On the plus side, this happened.

Elsewhere, theme parks grew and Sky revenue ticked up a hair. But as is usually the case with Comcast, the total gains (or losses) can be attributed to the performance of its cable communications arm, still the biggest portion of the company. There, revenue grew 4% thanks to an increase of $400 million from Comcast’s high-speed internet products.

“We delivered excellent results in the third quarter, surpassing 55 million customer relationships and generating strong pro forma growth in adjusted EBITDA and double-digit growth in adjusted EPS,” Comcast Chairman and CEO Brian L. Roberts said Thursday in a prepared statement. “We continued our long track record of highly-profitable growth, while also investing in our businesses to further strengthen our leading competitive position. Cable had its highest third quarter broadband net additions in 10 years, which drove its best quarterly net additions in total customer relationships on record; NBC ranked #1 in primetime for the sixth consecutive 52-week season; and Sky’s channels had a 10% increase in household viewership.

“These and our many other accomplishments during the quarter underscore our strategic focus on innovation and providing our customers with superior products, services and experiences,” Roberts continued. “Together, with our leading scale in high-value customer relationships and premium content, we are strategically positioned to thrive in our evolving global industry.”

Company executives will host a conference call at 8:30 a.m. ET to discuss the quarterly results in greater detail.