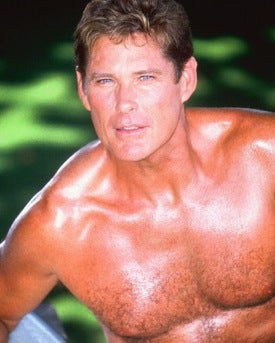 David Hasselhoff is returning to CBS’s "The Young and the Restless" after a nearly 30-year hiatus.

The former "America’s Got Talent" judge played Dr. William "Snapper" Foster, Jr. on the long-running soap between 1975-1982– just before "Knight Rider" turned him into a star. He’ll return to the "Y&R" set in May for what’s being called a "brief run," with his episodes set to begin airing in mid-June.

The Hoff’s return to daytime should make a nice plot twist for the actor’s new A&E reality series, which is now in production via FremantleMedia North America. The network greenlit that project in January and has slotted it for a 2010 premiere.

Hoff’s Snapper character was first played by actor William Gray Espy before Hasselhoff took over in 1975. Snapper left the show in 1982 to accept a medical fellowship in London. Espy then briefly resurrected the characer in 2003. This will be the first time Hoff’s Snapper will be seen on the Sony-produced soap since 1982.

CBS loves to bring back famous alum to its soaps. Just a few weeks ago, Julianne Moore returned to "As the World Turns" for a brief cameo.