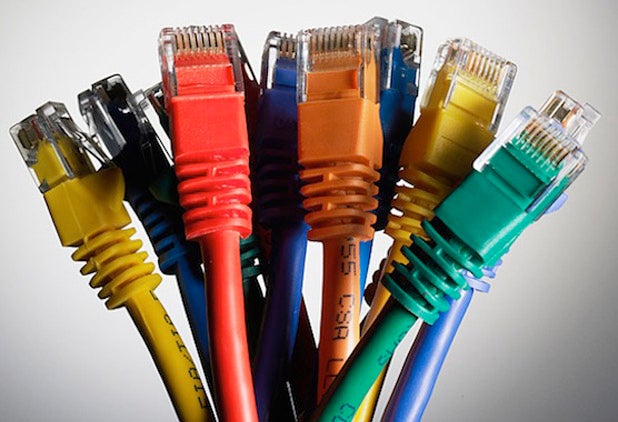 There’s a lot of confusion in Hollywood about what the proposed FCC Net Neutrality rules mean, and what they will mean for the entertainment industry.

Net Neutrality essentially means an open Internet where all traffic is equal, anyone can publish content, and everyone has access to media. Free expression, free innovation — our equal rights to both — are protected. This version of the Internet has fueled two decades of unprecedented economic and creative growth. The FCC’s Chairman, Tom Wheeler, is proposing that we close it down.

A big vote takes place tomorrow and it’s expected that the FCC’s planned revisions to Net Neutrality will create a preferential fast lane for designated traffic. Consumers and companies with the deep pockets to pay for this fast lane will have the ability to access and distribute content at higher speeds. The entities that lack this purchasing power will be disadvantaged.

The impact on innovation is obvious. It’s going to be hard to build a platform, application, or audience if you can’t get online. That means that the Internet’s current services are all we’re ever going to get.

More than 100 technology companies, including Google, Facebook, Twitter, BitTorrent, and Amazon have written to US regulators, warning that the proposed Net Neutrality rules pose a “grave threat to the Internet.”

A biased web inhibits growth. There may never again be a scenario wherein innovation could overtake an incumbent service; wherein a Facebook could supplant a Myspace. Our ability to create the next Netflix, YouTube, or even Google, will be compromised. The entire start-up model is at stake. The next important innovations in entertainment simply won’t happen.

In Hollywood, support for Net Neutrality hasn’t been so forthcoming. Perhaps it’s because there is a sense that this proposal will not impact the entertainment industry. Or maybe it’s because (at first blush, at least) a closed Internet can sound pretty compelling.

Today, more than 7,500 movies are produced each year. The average consumer will watch just 100 of those titles. There’s already too much product for too few eyeballs. An open Internet only compounds the issue. But a pay-to-play Internet can reduce audience fragmentation; funneling viewers away from independent streaming sites that can’t pay for access, and into larger, big-budget releases. As a result, the industry could operate more efficiently; producing fewer films, while simultaneously growing the audience for these marquee releases.

A pay-to-play Internet fast lane can also keep competitors and business models at bay. No new content platforms or applications would emerge — unless they were capable of paying Verizon or Comcast for premium access. Hollywood can rely on Netflix, which has already put up the money for preferential traffic treatment. Google will remain an unchallenged, dominant player. New innovation will wither. The traditional way of doing business can continue unencumbered.

All this might sound good to some people. But if an Internet with about as much choice as Taxi TV doesn’t sound like your idea of fun, or a good way for this town to continue to thrive, let’s consider the threat of closing the open Internet.

A closed Internet will cost us. Consider the retransmission battles that go on in Cable markets on a regular basis. Imagine if it applied to the Internet. Under that model, we can expect Netflix — or the content provider of your choice — to be taken down or degraded until a new agreement is in place, and the provider (the consumer) pays up.

Let’s also consider what an open Internet has meant for Hollywood so far, and why it might be worth protecting. An open Internet has made new financing, production, distribution and marketing models a reality. More users are being reached, and re-engaged, thanks to platforms like Facebook, Twitter and Tumblr.

More films are being produced. The global box office hit a new record of $35.9 billion in the last year. And digital movie purchases surged 47%, now making up for declines in physical sales and rentals. If you look at the facts and figures, the industry is in the best shape it’s ever been in. It’s impossible to ignore the impact of the open Internet on film.

It’s worth thinking about what’s at stake, beyond the lot. The Internet has ushered in a new era of funding, and with it, an emerging creative middle class; an unprecedented indie boom. The startups and platforms that fund our creative middle class are poised to disappear with Net Neutrality. Any studio or production company that can’t pay for access or funding will fail.

The impact of a closed Internet is not abstract: something felt only in Silicon Valley, something for the government to work out. An unequal Internet is an Internet that’s unsustainable for film.

Our shared creative future is worth fighting for. Hollywood, we need to hear your voice on this issue.