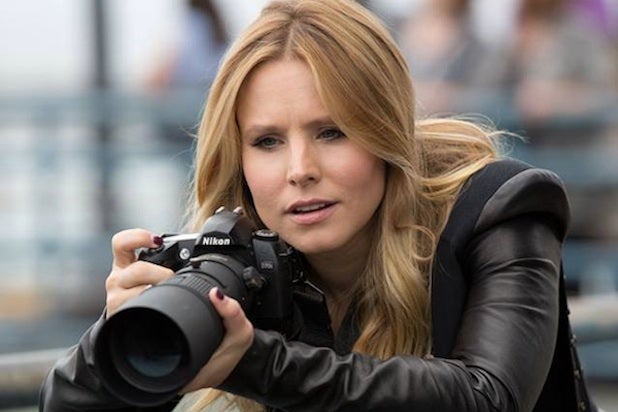 Oscar season is over, so what does one have to look forward to? Well I had the luck of seeing a troika of girl power-themed movies on the screen that certainly makes the snow melt faster than one can say “global warming is ruining us.”

Luckily there are recent opportunities to watch empowered female characters that have impressed me as much as Lupita Nyong’o‘s powerful Oscar acceptance speech for best supporting actress in “12 Years a Slave.”

I was intrigued by Ana Lily Amirpour’s “A Girl Walks Home Alone” at Night at the recent opening of the 2014 New Directors Film Festival at MoMA in New York. The festival prides itself on featuring the works of emerging filmmakers, and this film by Iranian-American Amirpour did not disappoint. Not only is “Alone” shot in black and white — with Farsi dialogue and English subtitles — it’s an intriguing love story between a brooding female vampire and a James Dean-inspired, leather-jacketed young man.

Although I am not a fan of the vampire genre, I was mesmerized by the story of a Persian vampire patrolling the streets in a moralist cleanup mission, who must partner with a semi-“bad boy” who does not realize he is dealing with a chador-wearing vampire. The film certainly gives vampires a new contemporary character. And the father of the male protagonist has drug binges that are both terrifying to watch and enlightening about the lengths drug users will go to get high. One cannot help but think that the director’s intention was to show a different kind of Iran today. I’m sure the film will have a huge underground market among the youth in Iran today.

Continuing in the theme of youthful female heroines, the Kickstarter-funded “Veronica Mars” film did not fail to please.  The big-screen adaptation of the short-lived television series presents the continuing saga of a clever modern-day Nancy Drew who solves local mysteries in California — even though she is supposed to be with her loving boyfriend in New York and start a corporate law firm job. Kristin Bell has neither lost her charm nor the ability to sell the loving father-daughter relationship at the core of the film – one that still holds up a decade since the show went off the air.

The plot centers on a somewhat convoluted mystery, but the snappy dialogue makes the movie worthwhile. One leaves the theatre thinking that if only Veronica – and Bell — could return to the small screen, then audiences would be offered more than the declining, overly-violent plots of shows like “Scandal” and “Revenge.”

“The Good Wife” killed off series regular Will, shattering our loyal interest in the show; the reuniting of a couple has just been destroyed. Not sure why television writers think that constant killings satisfy their viewing audiences.

The third film, the cream of the crop, is the long-awaited commercial release of Freida Mock’s inspiring documentary “Anita,” portraying the courageous actions by lawyer Anita Hill in confronting Clarence Thomas’ appointment to the Supreme Court. Not only did it take courage for her to challenge Thomas’ appointment, Hill faced down an arsenal of unsympathetic male Senators. A heroine to the feminist movement, Hill went back to teaching and leads a private life.

The importance of Hill’s bravery cannot be overstated, as it reminds those of a certain age what sexual harassment was and might still be the norm. This wonderful documentary is a valuable teaching lesson for a whole new generation of young women and even men who don’t know about Anita Hill and her brave stand questioning the credentials of a Supreme Court appointee. If only the Senate had listened to Hill’s observations we might not be facing huge corporate money in elections to just name one issue.

Female empowerment has been a flowering theme as the trees and flowers are about to bud. Just hope that these themes are not only a springtime phenomenon.