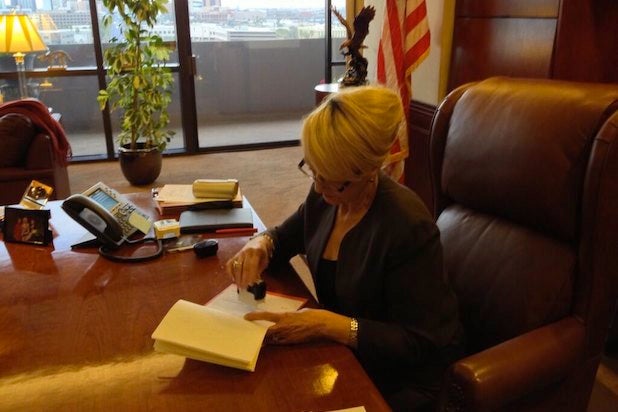 Arizona Governor Jan Brewer vetoed a state senate bill that would have allowed businesses to refuse to serve homosexual customers, and many in Hollywood couldn’t be happier.

Whether rallying their followers before Brewer eliminated Senate Bill 106 on Wednesday, or celebrating her decision, a number of stars took to Twitter to voice their opposition to legalized discrimination.

“They’re using tolerance AGAINST us!!!” — conservatives, post-Arizona veto “Yes” — everyone else

Um, Arizona? “Religious Freedom” means you get to worship as you see fit. Not discriminate against those             who don’t fit into your religion.

Right now in Arizona a human being is still taking time to decide whether other human beings should be treated like human beings.

Remember the days when Arizona went crazy and tried to pass #SB1062? I can’t believe legislators were so silly back them. Ah, Olden Times…