The Hollywood Bowl will reopen in May and launch a 14-week concert series in July, the Los Angeles Philharmonic Association announced today.

The association also said it will reopen its other outdoor performing arts venue, the Ford, in late July with 15 weeks of performances. The Ford will make the first six shows of its season free to the public.

The Hollywood Bowl will be back in business in May beginning with four free concerts for health-care workers, first responders and essential workers as a gesture of thanks, the association said in a statement Friday.  The 17,500-seat Bowl will open with a limited capacity of 4,000 with the hope of ramping up to greater capacity as Los Angeles County COVID protocols evolve.

The Bowl’s concert series will include the Los Angeles Philharmonic under the baton of music and artistic director Gustavo Dudamel as well as the popular July 4 Fireworks Spectacular. Three of the first free concerts for essential workers are made possible through a partnership with Kaiser Permanente and will include two LA Phil concerts with Dudamel, one with L.A.-based band La Santa Cecilia and a fourth concert featuring L.A. artists Thundercat and the Flying Lotus. 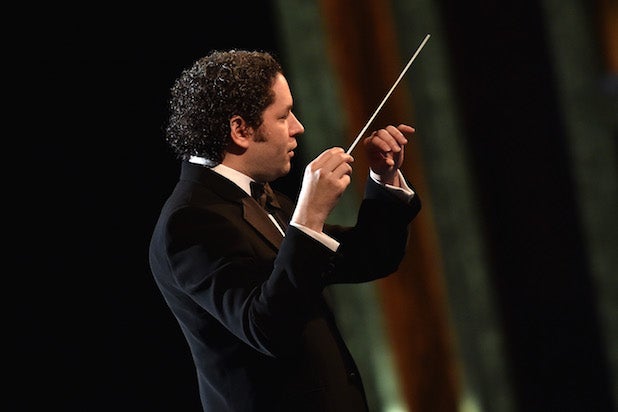 “I cannot describe the joy and hope that I feel at the thought of returning to the stage with our musicians, in front of a live audience,” Dudamel said in the statement. “We have found so many extraordinary and creative ways to share music together over the course of this pandemic, but truly nothing can take the place of performing in person…My friends, we have missed you, and we cannot wait to share music in person again!”

In May the Philharmonic announced that the entire 2020 season would be canceled due to the pandemic for the first time in its 98-year history.  The organization also had been forced to cancel the Los Angeles Philharmonic’s remaining concerts of the 202o-21 season at downtown’s Walt Disney Concert Hall.  The orchestra predicted a loss of $80 million due to  pandemic cancellations.

Detailed information on the programming, dates and ticketing will be announced on May 11 for the Bowl and on May 25 for the Ford.