People from outside Hollywood keep asking me about the college bribery scandal. I live here, after all, and I have a bunch of college- and postcollege-age kids.

They want to know, of course, how common it is for people to bribe their way into elite universities. Even my kids want to know who else was doing it.

How do I know?

The fact that I had never heard the slightest suggestion that there was a bribery ring implicating a fake charity, a professional SAT test-taker, college sports administrators and desperate celebrity parents looking for the kind of guarantees life is not supposed to give you — none of that matters.

To everybody else, that’s what Hollywood represents. Two actresses and the founder of the investment arm of CAA-owner TPG, Bill McGlashan, who exited the firm last week, may as well be the entire industry. A culture of privileged cheaters. (And of course Lori Loughlin’s daughter Olivia was on the yacht of USC chairman Rich Caruso in the Bahamas when the indictments came through).

My cynicism calculator has gone off the charts. It’s hard to fathom that Emmy and Golden Globe winner Felicity Huffman might face jail time after being charged with a felony she’s accused of committing on behalf of her daughter.

Meanwhile the international media is still feeding on the carcass of “Everybody in Hollywood knew about Harvey Weinstein.” (I just gave another interview on the matter last week to a major French TV network.)

And the Michael Jackson documentary “Leaving Neverland” is raising questions about the late pop star’s circle: Who knew what and when and why and how and what do we do now? 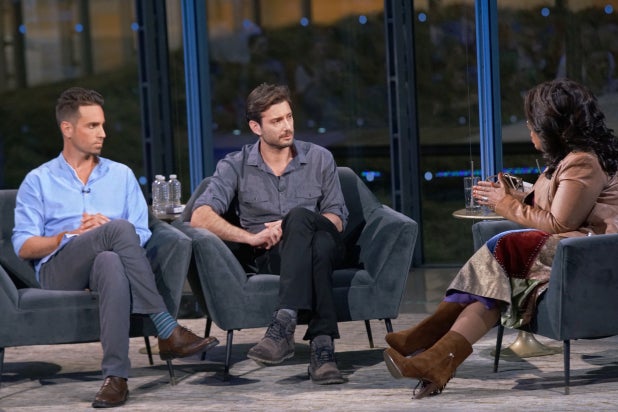 Bennett Raglin for Own Network

I’m getting tired of making excuses for our crowd.

When I moved to Los Angeles just over 20 years ago, my biggest fear was raising my children in this culture. At the time, documentarian Lauren Greenfield had just published “Fast Forward: Growing Up in the Shadow of Hollywood,” a photography book chronicling the absurdly lavish lifestyles that wealthy and privileged children in L.A. enjoyed. I wrote an article about the book and emerged further terrified that my kids’ friends would have birthday parties in the penthouse suite of the Four Seasons Beverly Hills, that every bar mitzvah would be on the Sony lot and that by the end of high school they’d all end up in rehab.

That turned out to be an oversimplification. Not false necessarily, but not the whole story. And by comparison, I can’t say that our political leadership and the titans of tech measure up any better than Hollywood parents. (Full disclosure: two of my children went to or still attend USC — one of the universities implicated in the worst abuses — and one of them knows Olivia Loughlin, though not well.)

Like most of the readers of this post, I know that the Hollywood community is mainly made up of hard-working men and women with solid values, who chose to become the world’s storytellers because of their passion to share and communicate. And yeah, maybe to get rich and famous too.

But it seems that we live in a time that all our assumptions will be challenged, when our sacred idols will be left in ruins, and that the values we believed in as a democratic society — equal opportunity, social justice — will need to be restated and reaffirmed in a way that does not lead to hilarious parody Lori Loughlin clips on Twitter.

But for now, prepare for a not-short period of a caricature of Hollywood and what we are all about.