Edward Jay Epstein has covered the dollars and cents of moviemaking as the author of "The Big Picture: Money and Power in Hollywood" (2005) and later as a columnist for Slate. He’s back this month, looking at how Tinseltown is stumbling through the digital revolution with his new book "The Hollywood Economist: The Reality Behind the Movie Business." As his new opus hits  shelves, Epstein talks to TheWrap about why release windows are anachronistic, why nobody takes entertainment journalism seriously, and how researching the Kennedy Asssasination prepared him for Hollywood. 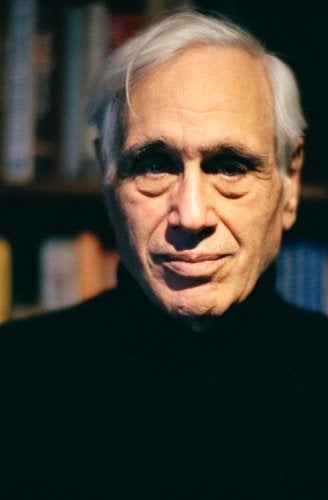 How has Hollywood changed since you wrote "The Big Picture," five years ago?

It’s very different. I began writing "The Big Picture" in 1998. At that point, there were no DVDs, the video market was still king and Blockbuster was a major part of Viacom. By the time I finished the book, the business had changed.

Historically, Hollywood has changed from a business that derived its money from box office to a business that manufactures intellectual properties. Studios earn 20 percent of their revenues from theatrical distribution and the remaining 80 percent comes across other platforms.

In 2005 , around when the book went to print, studios looked at DVD sales and they extrapolated about future revenue and made decisions based on those extrapolations. Well it fell apart, the independent movie business collapsed, broadband expanded, creating new ways of delivering movies. Studios have cut back on production and development. They’ve entered the second phase of this digital revolution, which is nowhere near over.

Do you think the media does a good job of covering Hollywood?

They stay too fixed on box office, and don’t look at the business’ long tail. For years, covering it was just seen as entertainment. That attitude still exitsts. Look at the headlines in Variety. They treat it like it’s a semi-joke to be reporting on the movie business. If they’re writing about "Pirates of the Carribbean, they’ll have some pun on pirate, like ‘walk the gangplank." The trades are too heavily dependent on agents, so the coverage becomes deal and star focused. They don’t tell the stories of why the indie label are closed or how studios relations with Wal-Mart are impacting DVD sales.

So the media gets Hollywood wrong; does Wall Street do any better?

No. Hollywood has been very sucessful in persuading Wall Street that it operates under a predictable business pattern and that it can be predicted like other businesses. They’ve done it historically with people like William Randolph Hearst and Joseph Kennedy, and it happened again in 2004 when the hedge funds financed Sony’s MGM purchase.

Hollywood has become very good at diversifying risk. So if you’re Paramount you bring in hedge funds and other groups and convince them to engage in dollar-for-dollar participation. Where you don’t see them invite Wall Street is on sequels and animation that they know are going to be profitable.


If you look at "Avatar," it grew the audience the first week of its release, but there was no large increase after that. Revenue from the box office rose four or five percent, but you have to remember that there was a big ticket price increase. It was also a bad economy and audiences usually spike then.

Theater owners are suing Disney over "Alice in Wonderland"s’ shorter theatrical window, studios are suing Redbox for refusing to honor a 28-day window on new releases, Redbox is suing back. Why is everyone so litigious?

It does seem like there’s a lot of antagonism. There’s fighting going on because they believe their interests are at stake. All this debate over release windows feels vaguely anachronistic.

Should everyone cool it about shorter release windows? 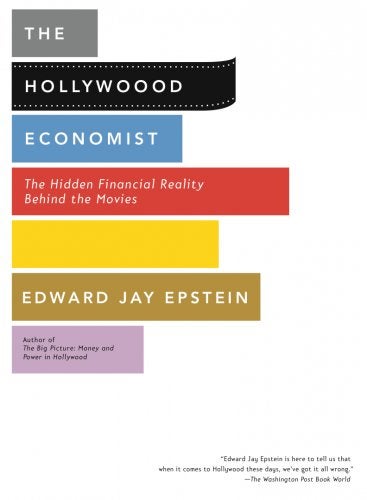 All this windows talk makes less sense today. I think that [Walt Disney CEO] Bob Iger and [Time Warner CEO] Jeff Bewkes understand this. If you’ve got a movie like "Avatar," maybe you want to hold off on when it comes out on DVD so you can milk all the money out of theaters. For smaller films, like "The White Ribbon," that’s only playing in three cities, why not release it simultaneously on television or DVD? Now with issues with piracy it becomes even less coherent. People don’t want to necessarily buy pirated content, they just are in a hurry to see a movie. The studios have warehouses filled with DVDs of movies they’re shipping to theaters, so why not release them quicker?

Is Hollywood more secretive about its finances than other industries?

Yes, because it treats every movie it makes as an off-the-books corporation, so it’s impossible to find out the true cost of a film and how much all of the various financing partners are on the hook for. That doesn’t even get into the foreign subsidies or tax shelters that studios have become very effective at using.

You’ve written about flaws with the Warren Commission and the 9/11 Commission’s report. Why all the conspiracy stuff?

Well, I’ve been critical of the Warren Commission and I’m not done with my book on the 9/11 Commission, so I haven’t made up my mind yet. It’s not so much conspiracies, but when something is presented as a conventional answer, it’s usually much more complicated and deeper than that.

Do you look for a second gunman on the grassy knoll when you cover Hollywood?

I wouldn’t say that there are conspiracies, but you have to realize that the people who run these studios are much smarter than I could have ever expected. They’ve built these clever, rational systems, but they prefer to present something else to people. They would rather have eyes turned to the box office race or a star’s contract than the importance of foreign television rights. The public buys into that myth.