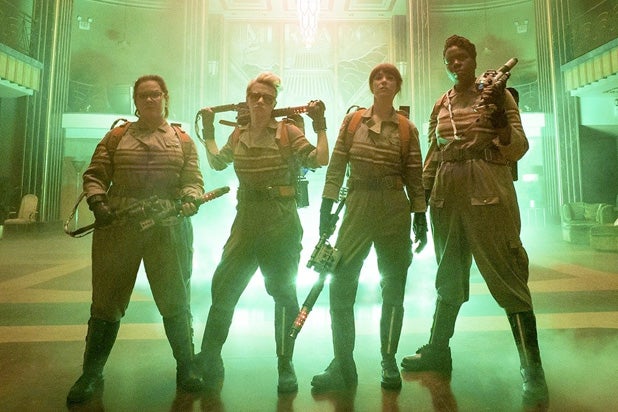 While more women played major characters in films in 2016, the percentage of female characters with speaking roles has declined, a new study has found.

Women accounted for 37 percent of major characters in the 100 top-grossing 2016 films, up 3 percentage points from the previous year, according to the Center for the Study of Women in Television and Film at San Diego State University’s annual “It’s a Man’s (Celluloid) World” study.

But despite female-centered hits like “Hidden Figures,” “Ghostbusters” and “Bad Moms,” only 32 percent of the 2,595 female characters actually had speaking roles, down 1 percentage point from 2015.

Women made up 29 percent of all protagonists in the top grossing films, up from 22 percent the year before and an all-time high since the study began in 2002.

“While audiences were still more than twice as likely to see male characters as female characters in top grossing movies, females fared better as protagonists and major characters in 2016,” Dr. Martha Lauzen, executive director of the Center, said in a statement.