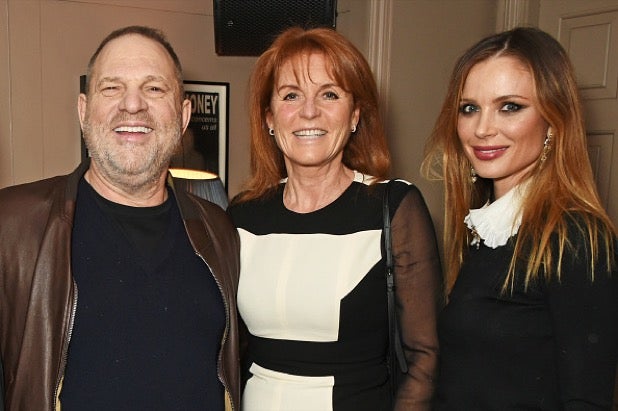 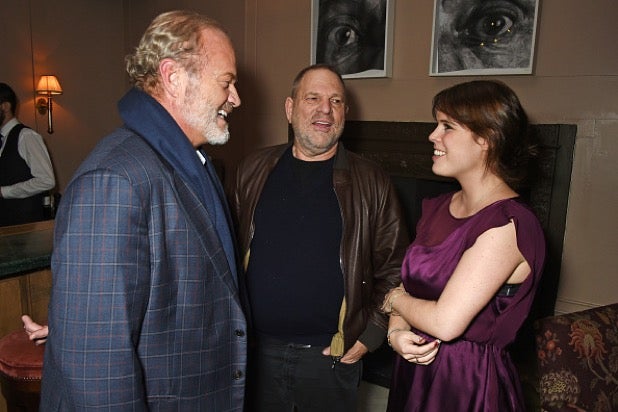 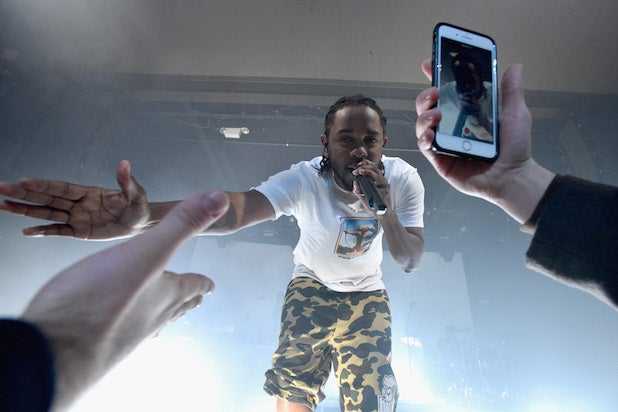 (Bryan Bedder/Getty Images for American Express)
Huge star, small venue   Kendrick Lamar rocked the Music Hall of Williamsburg in Brooklyn Friday night for a private American Express concert. Rumored to be a Coachella 2017 headliner, Lamar is nominated for a Grammy for a collaboration with Beyonce. The set is streamable on Facebook until Dec. 23. 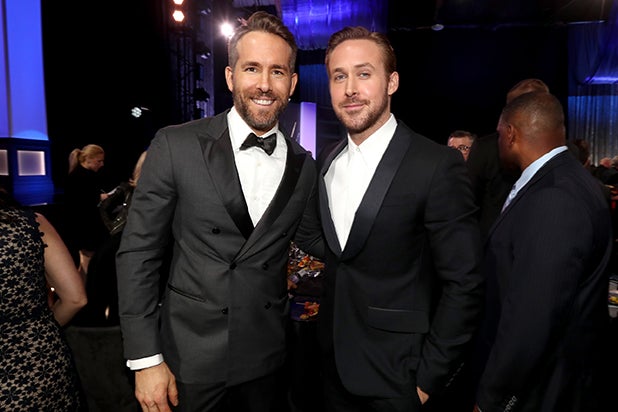 Getty Images
The Ryans: Reynolds and Gosling caused a flashmob inside Barker Hangar during a commercial break in the Critics Choice Awards. 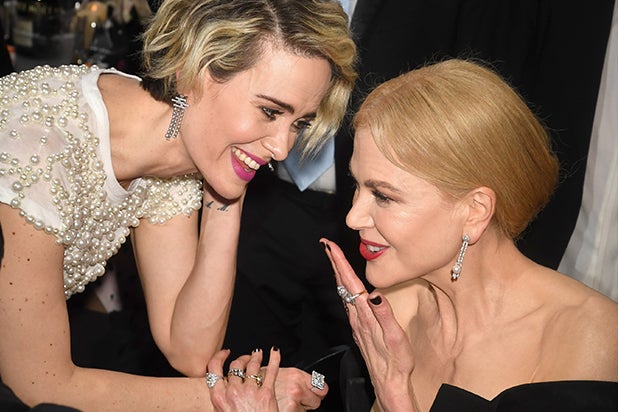 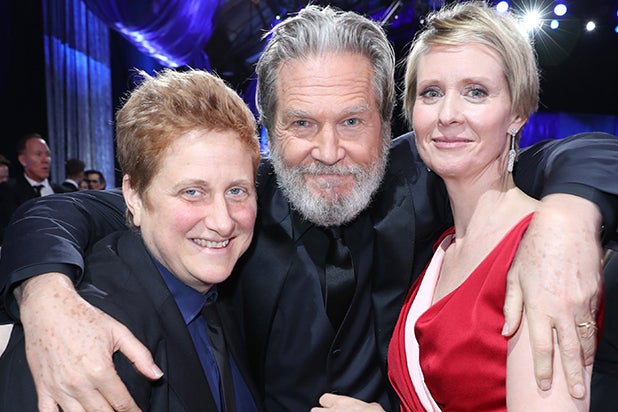 Getty Images
While Jeff Bridges squeezed in with Cynthia Nixon (right) and her wife Christine Marinoni. 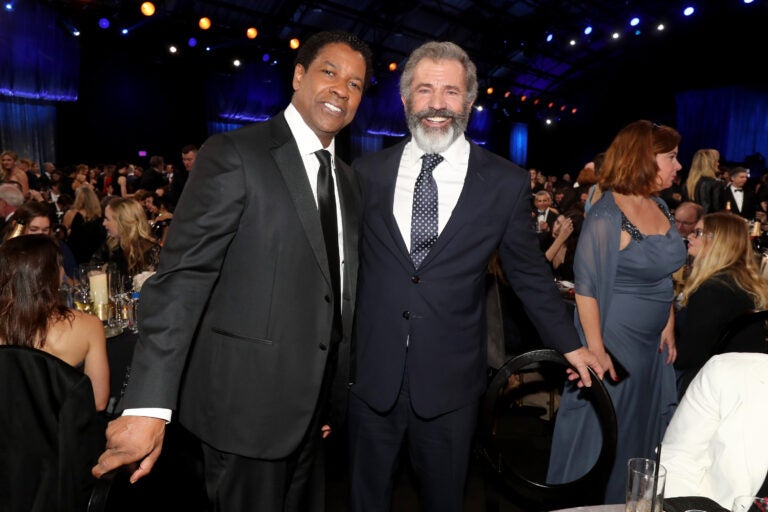 (Christopher Polk/Getty Images for The Critics' Choice Awards )
"See you at the Globes": Both Denzel Washington and Mel Gibson are up for awards at the industry's next tentpole, The Golden Globes on Jan. 8. Speaking of which... 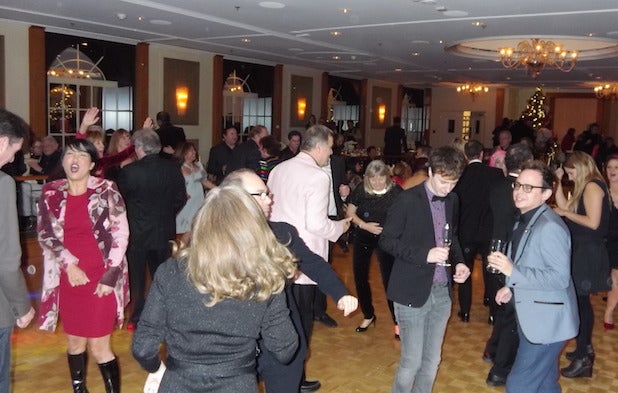 Mikey Glazer
Nobody throws a better party than the Globes, even if it's the HFPA's Holiday Dinner. There was a "conga line," a live band and a full dance floor at the group's holiday dinner at the Regent Beverly Wilshire on Thursday night, Dec. 15. 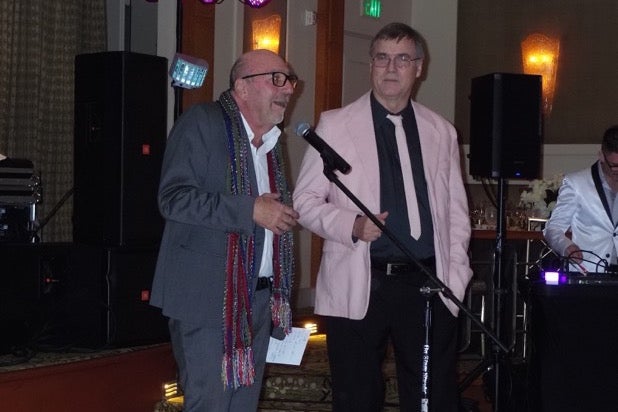 Mikey Glazer
"2016 was a great year... at least for film and television," HFPA President Lorenzo Soria addressed the room. There were no damp spirits on this rainy night, though, as true to their membership, international music ruled the playlist with "Bamboleo" and "Balada Boa" getting people up after a filet.  Also Read: Post-Trump Stress Disorder Still Grips Hollywood 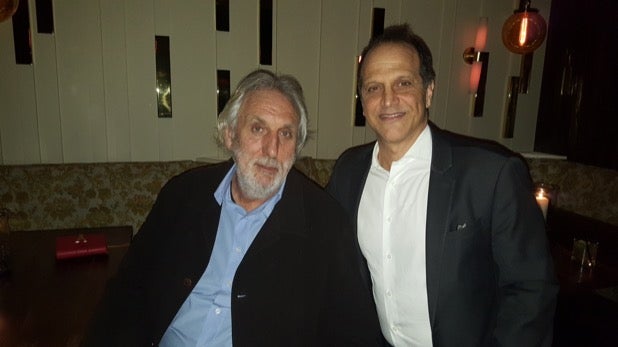 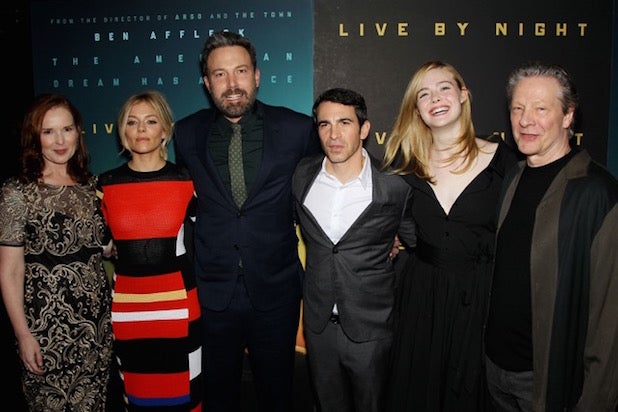 Marion Curtis/Starpix
Meanwhile in NYC, "Live By Night" (Dec. 25) is one of the last hotly anticipated movies of the year to unspool. At Metrograph, Jennifer Todd, Sienna Miller, Ben Affleck (who directed, wrote, produced and stars), Chris Messina, Elle Fanning and Chris Cooper. 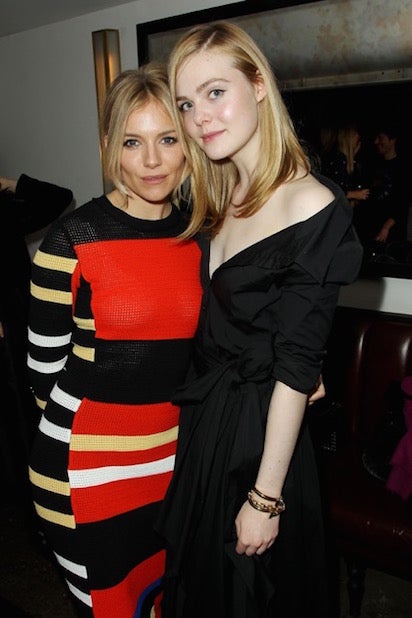 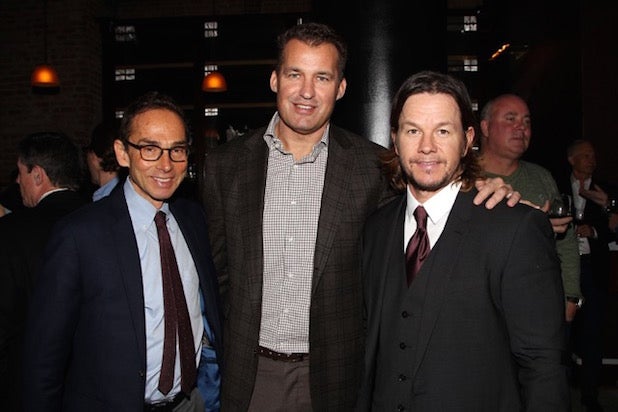 Kristina Bumphrey/Starpix
Peter Berg and Mark Wahlberg's Boston Marathon bombing movie "Patriots Day," is one of the other final flicks to drop.     Before they had a massive Boston premiere on Wednesday night, Producers Michael Radutzky and Scott Stuber joined Wahlberg for a reception in Manhattan on December 12. 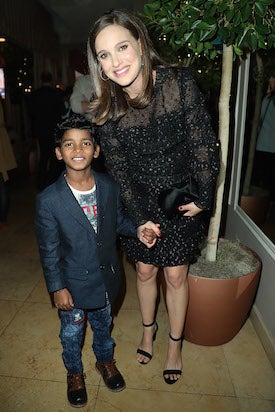 Jonathan Leibson/Getty Images for New York Magazine
Also on the holiday awards path, Natalie Portman: Check out her supermom tendencies, as she holds hands with Sunny Pawar (the heartbreaking kid from "Lion") at the Sunset Tower during a party for Vulture. 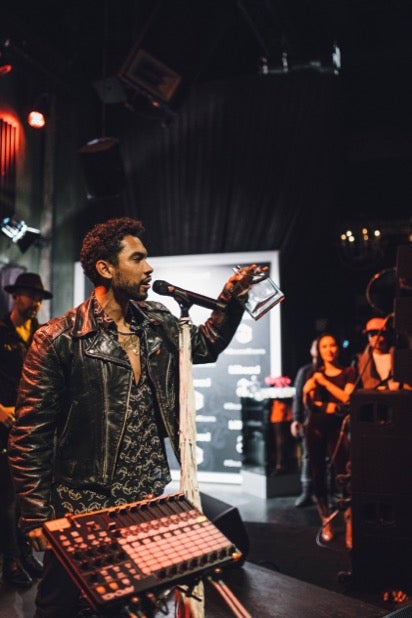 Courtesy of EMCBowery
Miguel wielded the microphone and a bottle of tequila for a toast to the DeLeón 100 at the Sayers Club in Hollywood on Dec. 15, an event recognizing a list of industry trailblazers. It was Hollywood's busiest night for holiday parties. 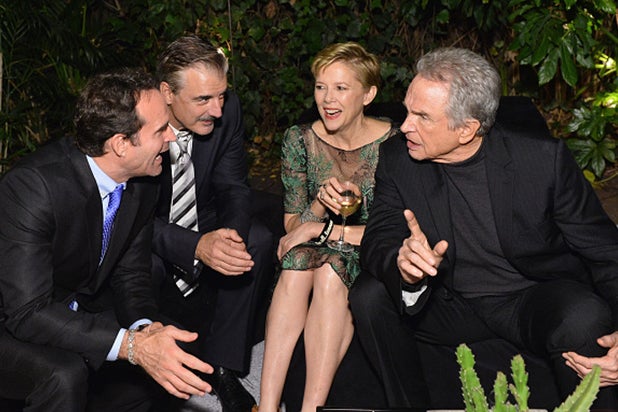 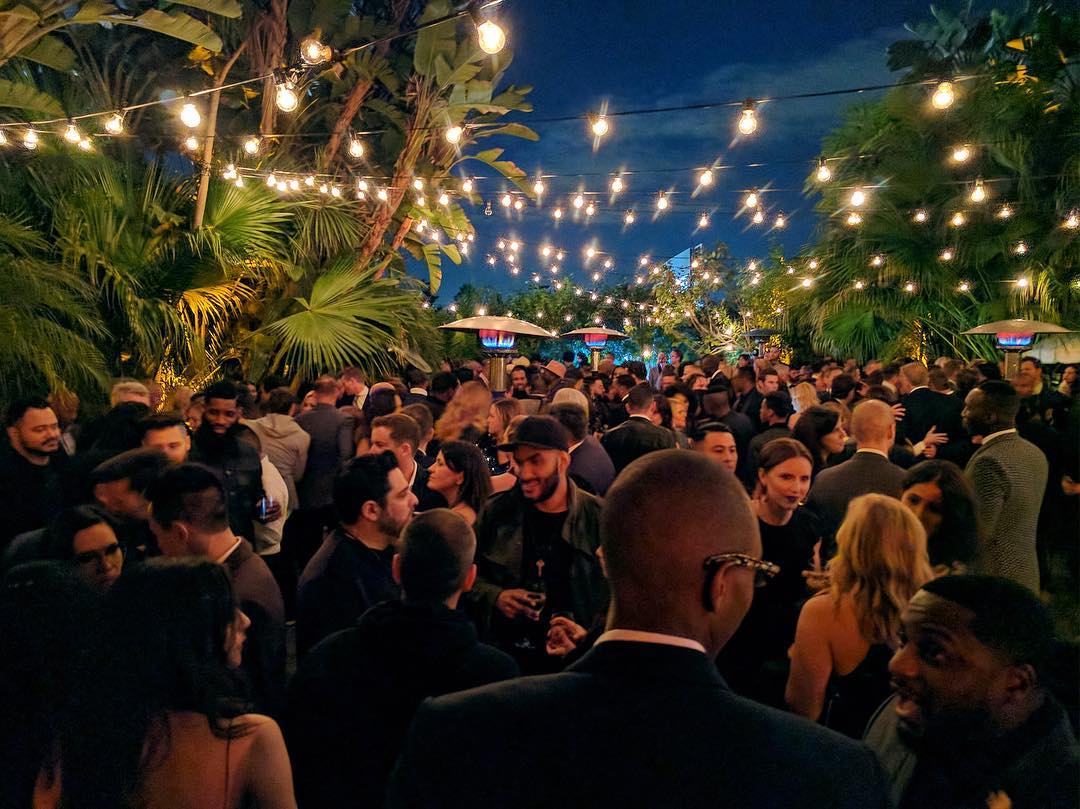 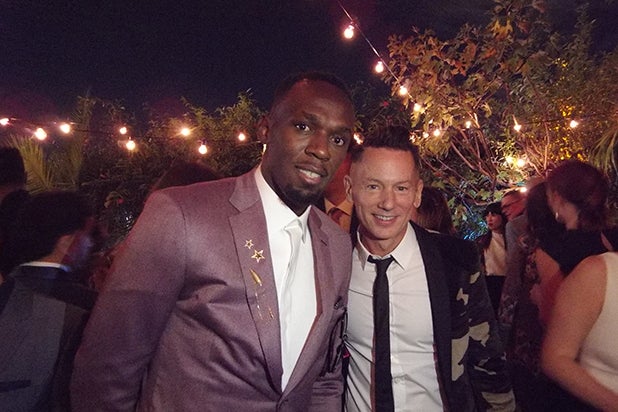 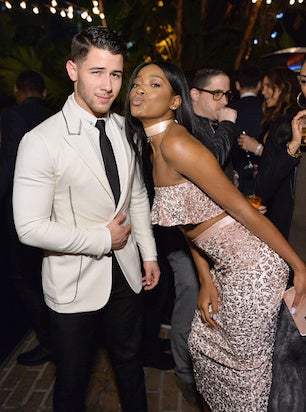 Getty Images
Nick Jonas and Keke Palmer at the Chateau. 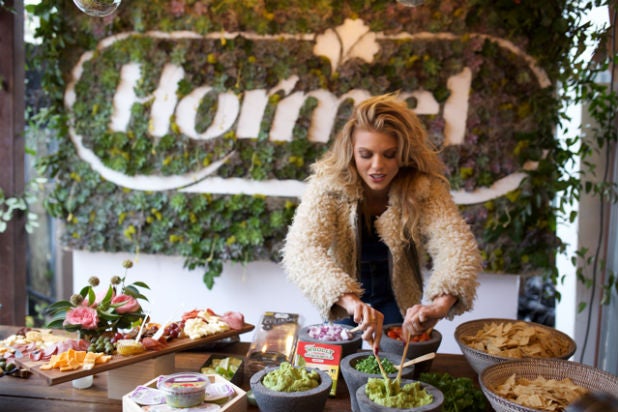