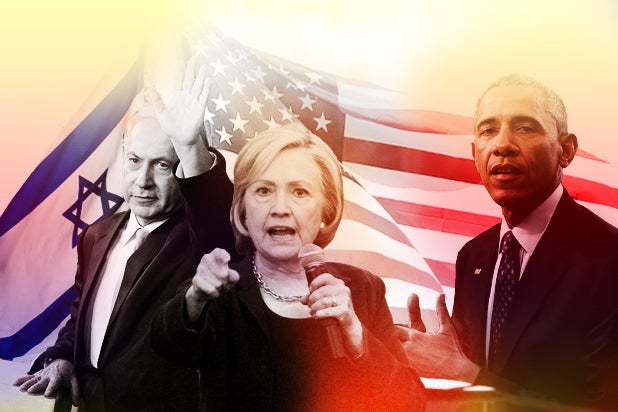 The Jewish community in Hollywood responded to the news of a nuclear deal with Iran on Tuesday with a mix of support for the Obama administration and skepticism about the long-term implications of the pact.

“I’ll wait to read the whole deal on the White House website before opining on the matter,” Haim Saban, media mogul and longtime backer of Democratic front-runner Hillary Clinton, told TheWrap. “My support of Hillary, no matter where she stands on this one issue, is unshakable.”

Others said they worried about the elements of the deal but trust in the administration’s decision to go the diplomatic route to address Iran’s nuclear ambitions.

“I’m for this deal,” L.A.-based Democratic political consultant Donna Bojarsky told TheWrap. “It doesn’t mean I’m not a little nervous about it, but there is no question we have to try this for America. We’re not going to war anymore.”

The Iran negotiations have become a sticking point among some in the Jewish community who want to ensure Israel’s security in a hostile region. With ISIS breathing down Israel’s neck on one side and Hamas attacking Israeli cities on the other, Jewish voters are increasingly worried about Israel’s safety.

This could present a unique challenge for Hillary Clinton as she seeks the support of wealthy Hollywood donors ahead of the 2016 elections — though previous high-profile backers like Saban, Steven Spielberg and Jeffrey Katzenberg have shown no sign of wavering from their support.

“We’re not hearing from anyone who has expressed concern with the deal,” one Democratic consultant who works with Hollywood donors told TheWrap Tuesday.

Not every prominent Jewish figure in Hollywood agrees. “Giving Iran the capability to build or even potentially build nukes in the way that is being proposed is akin to handing a bank robber a machine gun in a bank and telling him, ‘Don’t worry we will teach you how to properly use it,'” Relativity Media founder and noted conservative Ryan Kavanaugh told TheWrap in an exclusive blog. “Rome is falling, and were trusting our good ol president Obama to create ‘change.'”

Though Jewish Americans historically have tended to support Democratic candidates, the margin has narrowed in recent elections. George H.W. Bush received 11 percent of the Jewish vote in 1992, but Mitt Romney nabbed 30 percent in 2012.

And while 2 percent of the U.S. population is Jewish, 89 percent of the community lives in 12 key states, including Florida, Pennsylvania and Ohio — making it a crucial constituency in any competitive race.

Mark McNulty, a Washington, D.C.-based spokesman for the Republican Jewish Coalition, told TheWrap that persuading even a small number of voters to switch sides could have a big impact. “In 2012, Obama won Florida by 74,000 votes,” he said. “If we can convince 37,001 of Jewish voters to go Republican, it could determine the election in 2016.”

Some leaders in the Jewish Orthodox community have already set their sights on Texas Sen. Ted Cruz, who has been vigorous in his opposition to the Iran negotiations.

“He’s an incredibly bright man,” said Lionel Chetwynd, Oscar-nominated screenwriter and member of Hollywood conservative group, Friends of Abe. “He understands American interests in the Middle East. And he does it without ever dissing on Obama or Hillary Clinton.”

Still, many in the Jewish community believe Hillary Clinton, like her husband, Bill, remains one of Israel’s staunchest supporters.

“The Jewish community has a good memory,” Abe Foxman, national director of the Anti-Defamation League, told TheWrap. “Hillary has made it very clear that she is an ally. She has plenty of time to distance herself from Obama.”

Bojarsky added, “I believe with every fiber of my being that if you did a poll right now among most Hollywood Jews they would be leaning towards this deal.”