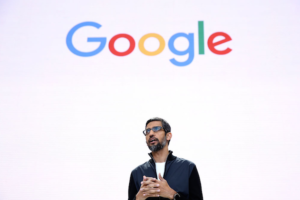 Why Breaking Up Google Is ‘Unlikely,’ Despite Justice Department’s Antitrust Lawsuit

For Hollywood unions, the demise of Quibi is cause for relief because the short-form format of the mobile-only streamer allowed it to exploit a loophole in the industry’s guild contracts when it comes to minimum pay.

Flush with investor money, one of Quibi’s main selling points was high quality content for smartphones, with budgets as high as $150,000 per minute on some projects, complete with A-List talent.

But those high budgets and top stars meant cutting costs elsewhere, and it would often come at the expense of crew. Since the advance of the streaming era, guilds like IATSE and SAG-AFTRA have negotiated with the Alliance of Motion Picture and Television Producers — which represents the studios Quibi worked hard to get onboard — on minimum pay for shows produced for streaming services and other new media platforms.

Many of the terms on new media minimums negotiated in recent labor contracts, however, have been for shows with a length of at least 20 minutes. With Quibi, a format designed to run completely under that length, shows could get around minimum pay requirements for both cast and crew, as well as residual requirements for actors and writers. Top stars on these programs could negotiate top dollar, but those without star power did not have the safety net that the AMPTP contract provides most other projects in Hollywood.

While there have been plenty of TV shows, particularly cartoons, that have 11-minute run times, these shows run commercials between episodes and only run credits at the end of half-hour time slots. Quibi shows, on the other hand, run credits at the end of each bite-sized video. By doing this, each episode could count not only as a show with a run-time well under 20 minutes, but also count as a show with its own individual budget to get around minimums for new media shows with budgets above $1 million.

The concern over this loophole grew so serious that it became a sticking point during the voting period for SAG-AFTRA’s newest AMPTP contract this past summer. As TheWrap reported back in July, opponents argued that the guild’s negotiating committee failed to close the loophole by negotiating minimums for new media shows with run times under 20 minutes, and even if Quibi was struggling, there was nothing stopping another company from exploiting the loophole in a similar venture.

Guild president Gabrielle Carteris said that the Quibi issue was not considered during contract talks because it was not brought up as a major issue during pre-negotiation town halls with SAG-AFTRA members compared to other concerns, such an increase in residuals for shows longer than 20 minutes, which covers almost all non-Quibi shows.

“While it remains an issue of concern for the members, and it remains an area to address in future negotiations, given the circumstances, we focused on putting real money in members’ pockets by strengthening the provisions where the work is,” she told TheWrap during the contract’s voting period. Ultimately, the contract was ratified with 74% of members voting ‘yes.’

Ultimately, the failure of Quibi means that fears in Hollywood that a company could build a successful model that dodges labor agreements has been put to rest for now, but it remains to be seen whether similar Quibi-esque shows will arise between now and the next round of AMPTP labor talks in 2023. Streaming’s effect on how Hollywood’s workforce gets paid may continue to change in the decade ahead.