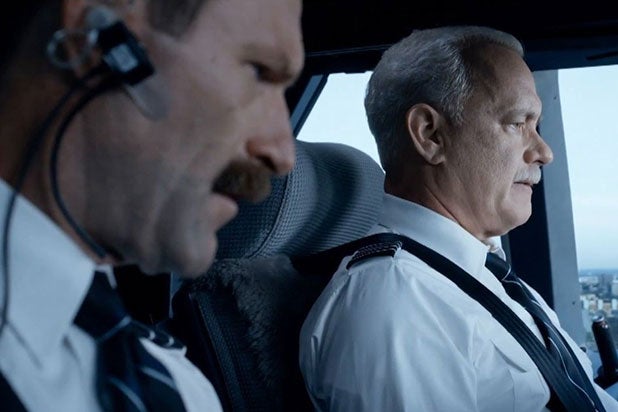 As America marks the 15th anniversary of its worst terror attack, Hollywood is giving audiences a story about a troubled flight, New York City and incredible heroism.

“Sully,” opening today, arrives two days before the anniversary of the attacks. The Clint Eastwood film, starring Tom Hanks as Captain Chesley “Sully” Sullenberg, includes many painful reminders of 9/11, and even begins (spoiler warning) with a nightmare of a plane crashing into buildings.

Also Read: 9/11: America Will Never Forget, But Hollywood Can't Decide How to Remember

But “Sully” turns out to a joyful story — one that evokes 9/11 without its tragedy. Sully, his flight crew and New York’s first responders managed to save all 155 people on board.

“New York was still in shock from 9/11 and everything else,” Eastwood told The New York Times. “That particular time in history, New York was in a bit of a depressed state. This thing was something people could hang on to as a happy-ending story.”

Hollywood has tried with mixed success to tell the story of 9/11 — but has never told the definitive story of that horrible day. “Sully” is an easier story to watch, because it celebrates the heroism of first responders without forcing viewers to re-live the agony of the terror attacks.

“I think Sully’s story reminds me of the best part of those people — the ones who risked and lost their lives trying to save others… so its emotional resonance for audiences goes far deeper than just a happy ending,” New York University film professor Peggy Rajski told TheWrap.

Memories of Sept. 11, 2001 hang so heavy over “Sully” — and New York — that the film only needs subtle reminders of what was at stake when Sully landed his plane in January 2009.

“It’s been a while since New York had any news this good,” a character in the film tells Sully. “Especially with an airplane in it.”