Ryan Murphy’s new Netflix series “Hollywood” is not a history book. You’ll hear names like Rock Hudson and Vivien Leigh and Anna May Wong, but the series so freely mixes fact and fiction that sorting one from the other would surely be a frustrating undertaking, and one that misses the point entirely.

In early promotional material, the seven-episode limited series was described simply as “a love letter to Hollywood.” Plot details were scarce, but eventually the show revealed itself as uninterested in the Hollywood we know to exist. It’s a love letter to a different Hollywood. One that never was; one that could be.

“It’s about buried history … the optimism and the opportunities in Hollywood,” Murphy said in an interview with TheWrap. “I think with this show, I just wanted everybody who didn’t get a chance at their dream to get one.” 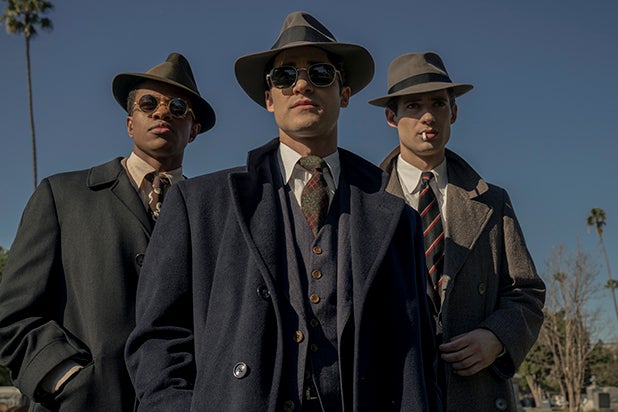 Set in the post-war Golden Age of Hollywood, the series turns its focus on the people who never got a chance to be a part of the Hollywood mythos. There’s the gay, black screenwriter who doesn’t want race to define his career. There’s the half-Filipino director who can’t get a handle on his own identity and how it defines his place in the world. The black actress whose talent and star power is leagues beyond the caricaturish bit parts she’s being offered; the wife of the studio boss who believes in the movie’s potential and has the nerve and the business savvy to let them make a picture with the potential to change Hollywood forever.

“What happens when you, as a group of people or a community, come together and try to take on the system?” Murphy said. “Try and push something through that everybody keeps telling you will not work, when you know it might.”

The project is a brainchild of a dinner between Murphy and Darren Criss, who gets both a starring and executive producer credit on the show. The pair were coming off a fruitful awards season for “American Crime Story” and brainstorming new ideas of projects to work on together. “He said he wanted to do something that’s hopeful, young and period,” Criss recalled. “And I immediately brought up a number of stories of folks from the 1940s Hollywood scene … We both got very excited about that because it kind of scratches all the itches.” 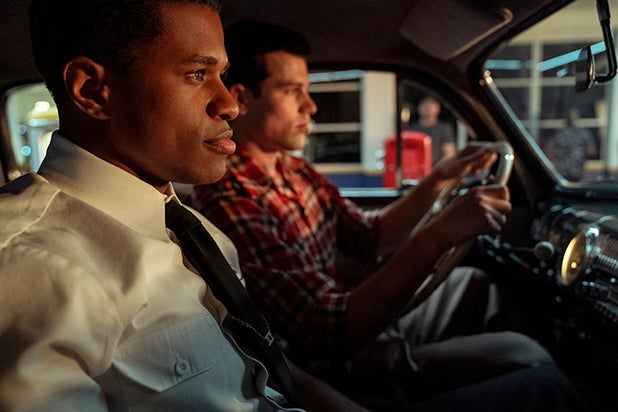 One major newcomer in the group to both Murphy’s camp and screen acting in general, is rising Broadway star Jeremy Pope. The double Tony nominee was one of the first actors Murphy saw for the part of Archie Coleman, the group’s screenwriter. Murphy flew to New York to meet with him over dinner and offered him the part on the spot. “I just kind of knew about him,” Murphy said.

Criss is the center of the group, playing Raymond Ainsley, the ambitious director who believes that movies have the power to reshape society — and gives an impassioned speech to that effect early on in the series. “Sometimes I feel like the folks in this town don’t really understand the power that they have,” the character says. “Movies don’t just show us how the world is, they show us how the world can be.”

If that ethos sounds familiar to you, well, it did to Criss, too. “I play a version of Ryan Murphy,” Criss said, putting it plainly. (Murphy said as much himself, though he claims he and Criss never spoke about the parallels.)

“Film is a social justice crusade for Ryan, it always has been,” he continued. “He uses it as a way to knock the walls down, not only for audiences, but for the people who make the content. He can use it as a means to rewrite the way we perceive narrative. He’s such a prolific advocate for people who have been historically marginalized.”

“The thing I love about Darren’s take on the character is he’s so authoritative,” said Corenswet. “It’s the story of these five or six people who come to Hollywood and clash with the older generation, the old guard and it’s really important that Darren’s character, who is sort of at the vanguard and is the only reason this strange movie that would never have gotten made is getting made … [He’s] able to convince Patti’s character and Joe’s character that this is the right thing.” 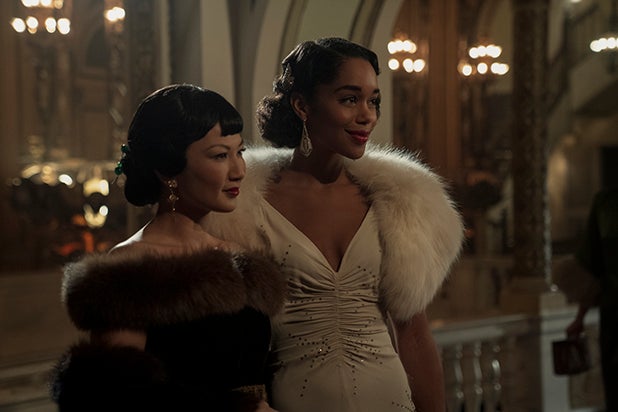 Though a story about a group of people trying to do something ambitious and progressive in the 1940s may seem doomed to tragedy, “Hollywood” isn’t shy about changing the narrative. The show is fiction, with most of the central characters invented for the show, but even the lives of a few historical figures get a rewrite for the show. Three in particular, Rock Hudson, Hattie McDaniel and Anna May Wong — who Murphy describes as his “triple threat of buried-history heroes” — get major biographical changes for the show.

“Earlier on there were a few more real-life people who showed up,” Brennan said. “And then when we got to the point where we decided what the show was really going to be about, a lot of those characters fell away and the ones that remained were the ones whose stories seemed the most magic.”

“I think we found an interesting combination in telling this really aspirational, affirming story,” Mock said, “Without diminishing the stakes and the trauma and the struggle that these people had to go through at this time.”

A closeted gay actor, the first black actress to win an Oscar and Old Hollywood’s only Chinese-American star. They were marginalized by Hollywood in their own time, but “Hollywood” finally gives them a chance at the spotlight; that hazy, glamorous Old Hollywood spotlight that makes everything seem just a little bit more perfect. 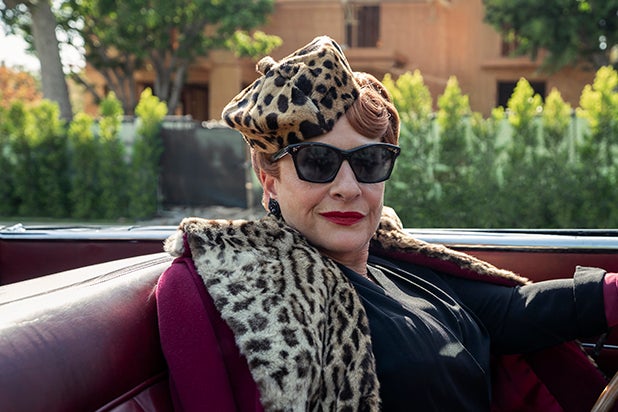 All seven episodes of “Hollywood” premiere Friday, May 1 on Netflix.