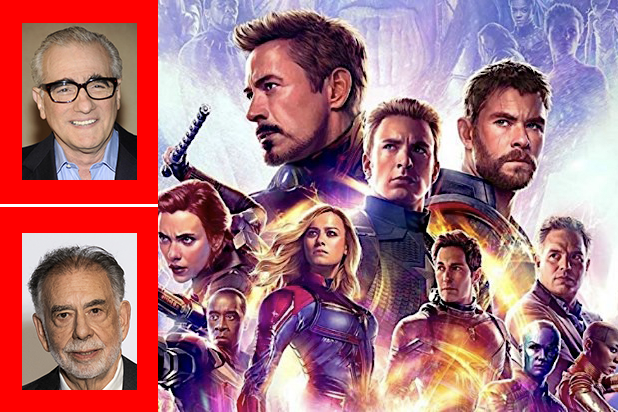 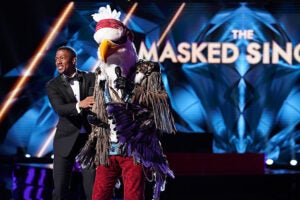 So are the best days of cinema, as defined by Coppola, Scorsese, Kubrick and others, over? It doesn’t have to be

Lost in all the Hollywood buzz over the recent comments made by Martin Scorsese and Francis Ford Coppola is a topic worth discussing — the future of the movie industry.

After all, it’s a business, not just an art form. And there always has been debate over what makes great cinema.

In case you’ve been hiding under a rock, Scorsese this month famously criticized the Marvel franchise, saying that the so-called theme park movies are “not cinema.” Coppola took it a step further, telling the press last weekend that “Martin was kind when he said it’s not cinema. He didn’t say it’s despicable, which I just say it is.”

Rather than arguing about what the definition of a movie is today, we should be looking at what is happening now with the movie business — and what may come next.

The 21st Century brought a huge technological shift that has fundamentally changed how we watch movies. Motion pictures, as we know them, have evolved from the early experimental days of Auguste and Louis Lumière, Thomas Edison and Lee de Forest.

The film industry is no stranger to upheaval. When television first came along, it scared the movie business into creating something that television could not — bigger screens, stereophonic sound, showmanship. The bigger the spectacle, the better. Think Stanley Kubrick’s “2001: A Space Odyssey” or David Lean’s “Lawrence of Arabia.”

The fear of television as a competitor began to subside when studio executives realized they could produce films for television while also continuing to make money from theatergoers. At the same time, ticket prices began to climb, as did the cost of making movies.

Today, the art of “epic spectacle,” as my good friend and extraordinary filmmaker Doug Trumbull calls it, is gone. Studios want their films to play equally well on theater screens and television, as well as laptops, tablets and smartphones. (My son watches films on his phone.) It is very clear to me that both television and movies are two very different mediums. The invention of Over The Top (OTT) streaming services, which seeks to dominate consumers with low budget episodic entertainment available on a subscription service, values quantity over quality. One thing is very clear: People, as a result of all the new gadgets, have a very short attention span.

So are the best days of cinema, as defined by Coppola, Scorsese, Kubrick and others, over? It doesn’t have to be. The future of cinema will depend on how well the industry can differentiate itself from what television and streaming devices can offer.

But to do that, there needs to be a fundamental shift in the business, where there used to be a bigger separation between the financial arm of a studio and the creative side. That’s no longer the case. The consolidation of the business means that now there are big conglomerates making decisions about bottom lines. They no longer are just in the business of making movies.

As the cost of making films and marketing have skyrocketed, the returns have declined, as have alternative revenue streams, such as video, DVD and TV syndication. In their place are theme parks and video games, which are designed to help the bottom line.

Attempts to appeal to a larger audience have forced the makers of theatrical film to fall back to easier targets and sure bets, which means making movies that already are familiar, including Marvel and DC Comics.

The reason those films are being made is because, let’s face it, that’s what many people go to the movie theaters to see. But I believe there’s room for both.

As Disney CEO Bob Iger put it this week: “You telling me Ryan Coolger making ‘Black Panther’ is doing something somehow or another less than what Marty Scorcese or Francis Ford Coppola have ever done on any one of their movies? Come on. Yeah, I said it.”

It is very clear to me the television and movies are two very different mediums — and it’s movies that will stand the test of time. The industry, though, will need to invest and experiment.  We need to upgrade the movie experience to a new level of spectacle that is now possible — and it will be expensive.

The attack on Francis and Marty, I take personally, as their films continue to make a profound effect on cinema. Their words should be part of a dialogue to redirect the Titanic before it’s too late. Let’s not forget Marty and Francis — and all of those filmmakers who have come before from all over the world, such as Hitchcock, Lean, Kurosawa and Fellini. The art they’ve left us — that’s what is enduring and what makes life worth living.

Sample some of the best American films over the past forty years and there's a good chance Mike Medavoy played a role in the success of many of them. From agent to studio chief to producer, he has been involved with over 300 feature films, of which 17 have been nominated and 7 have won Best Picture Oscars, as well as numerous international film festival awards, and a star on the Hollywood Walk of Fame. Medavoy is co-founder of Orion Pictures, former chairman of TriStar Pictures, former head of production for United Artists and current chairman and CEO of Phoenix Pictures.