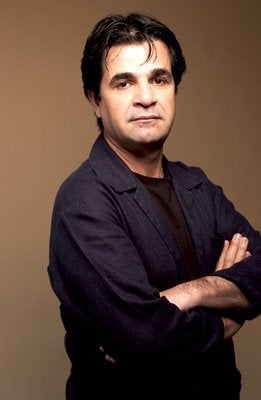 The March arrest of Jafar Panahi has prompted a cavalcade of Hollywood filmmakers to rise to the Iranian director’s defense.

The director was originally charged with “unspecified crimes.” Iranian officials have since revised their charges, however, and are now alleging that Panahi was making a film against the regime.

He is being held in Tehran’s notorious Evin prison, where political prisoners such as the recently detained Iranian-American journalist Roxana Saberi are held.

Though Panahi’s films have been banned from screening in Iran for the past 10 years and he has been kept from working for the past four years, he has received international acclaim for his work.

Jafar Panahi, the internationally acclaimed Iranian director of such award-winning films as The White Balloon, The Circle, Crimson Gold and Offside, was arrested at his home on March 1st in a raid by plain-clothed security forces. He has been held since then in Tehran’s notorious Evin prison.

A recent letter from Mr. Panahi’s wife expressed her deep concerns about her husband’s heart condition, and about his having been moved to a smaller cell. Mr. Panahi’s films have been banned from screening in Iran for the past ten years and he has effectively been kept from working for the past four years. Last October, his passport was confiscated and he was banned from leaving the country. Upon his arrest, Islamic Republic officials initially charged Mr. Panahi with “unspecified crimes.” They have since reversed themselves, and the charges are now specifically related to his work as a filmmaker.

We (the undersigned) stand in solidarity with a fellow filmmaker, condemn this detention, and strongly urge the Iranian government to release Mr. Panahi immediately.

Iran’s contributions to international cinema have been rightfully heralded, and encouraged those of us outside the country to respect and cherish its people and their stories. Like artists everywhere, Iran’s filmmakers should be celebrated, not censored, repressed, and imprisoned.