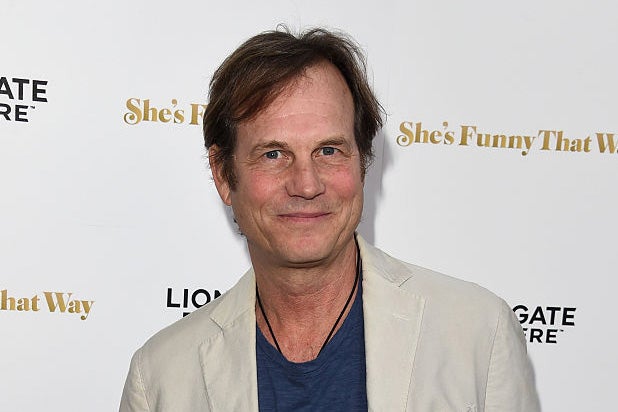 As Hollywood prepares to honor the best in film at the Academy Awards, they were met this morning with sad news: Bill Paxton, who starred in Oscar-winning films like “Aliens,” “Apollo 13,” and “Titanic,” passed away at age 61.

Fans and fellow actors alike took to social media to express their condolences to Paxton’s family and to reminisce on their memories of him. “The Walking Dead” star Jeffrey Dean Morgan, who co-starred with Paxton on the History Channel mini-series “Texas Rising,” spoke fondly of him. Other celebrities who honored Paxton included Aaron Paul and Helen Hunt, who starred opposite Paxton in “Twister.”

He made this movie great–he acted his heart out. What a talented man. My thoughts are with his family. pic.twitter.com/rUcmmYME3h

Bill Paxton was simply one of the greatest people ever. To know him was to love him. I loved him. Huge love to Louise, Lydia and James. Xo

Bill Paxton was hands down one of the greatest guys that I have ever met. I feel lucky to have called him my friend. Bill, I love you. RIP.

Nooooo. Bill Paxton is gone. Such a funny, talented, loving human. Louise & the children & family my ❤& support 2 u. #truelies pic.twitter.com/d4zleWdOrR

My first day on Spy Kids 2 was with Bill Paxton. He came to my trailer & said hello and I told him I loved Titanic. Nicest guy in the world.
– Emily Osment (@EmilyOsment) February 26, 2017

Bill Paxton could play any role, but he was best at being Bill – a great human being with a huge heart. My thoughts are with his family.

You were a great friend to me, Bill. AND one of the finest actors to share a set with. Sending so much love to Bill Paxton‘s family.

If you’ve never seen One False Move, one of the best modern film noir movies ever! #BillPaxton at his very best. Terrible, terrible loss,

Movie buffs recalled Paxton’s appearances in sci-fi movies like “Terminator,” “Aliens,” and “Predator 2,” all of which featured Paxton’s characters meeting a gruesome end.

Rest In Peace Bill Paxton. You had the honor of being killed by Aliens, The Terminator and The Predator. Now, rest well. pic.twitter.com/GBmfQ1CZg7

TIL: Only Lance Henriksen and Bill Paxton have both been killed by an Alien, the Terminator and a Predator.

Also Read: Will the Oscars Add Bill Paxton to the In Memoriam Film?

Others honored Paxton by saluting his performance in the comedy “Weird Science.” In John Hughes’ film, he played Chet, the bullying older brother of one of the two nerdy protagonists who bring the virtual girl of their dreams to life.

I am totally bummed that Bill Paxton died. But seeing “RIP Chet” as a trending topic helps ease my pain. pic.twitter.com/cnkCqnFCMY

Condolences to the family of Bill Paxton. I just heard the news. ????

What a lovely, warm and kind human. So sad to hear of Bill Paxton’s passing.

RIP Bill Paxton. So very good every time. In addition to his iconic roles, he was amazing in Near Dark, A Simple Plan & Edge of Tomorrow.

Very sad to hear about Bill Paxton. His talent, enthusiasm and energy were unique. Our thoughts are with his family pic.twitter.com/W4IVuILHxv