Condolences from Hollywood and the Broadway have begun to roll in for Oscar- and Golden Globe-winner Olympia Dukakis, who died Saturday, with her being remembered as “brilliant, strong, hilarious soul” who brought us “timeless movie moments.”

The acclaimed film and stage actress, who brought scores of film lovers to tears of laughter in classics like “Steel Magnolias” and “Moonstruck,” died on Saturday at the age of 89.

“Olympia Dukakis has departed our company. We were Moonstruck by her, as she told us great Tales of the City. A true Steel Magnolia within a more common forest. Ah, what a life force, her later years her best. Rest now among the heavens, Olympia,” Michael McKean wrote, referring to her many acting roles. 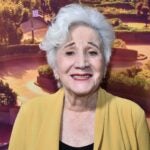 Former “Today” host Ann Curry called Dukakis an “impressive talent and woman. She once told me, ‘l LOVE how strong women are today. They are achieving so much. But what the HELL is up with those shoes?!’ At the time, 5-inch heels were the rage,” she remembered.

Here are a few others paying tribute: 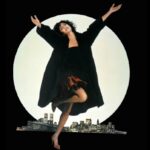