After nearly a month without one, the Hollywood Reporter has named Lori Burgess as its new publisher.

The announcement was made on Monday by e5 Global Media CEO Richard Beckman, owner of THR. Burgess replaces Eric Mika, who was ousted by Beckman at the end of March. 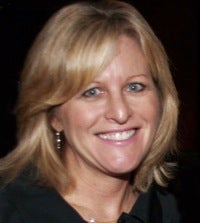 She had been the publisher of OK! Magazine since October 2008.

Beckman, who became CEO of e5 in January, a month after it bought the Reporter, told TheWrap in March that Mika "did his best in a difficult situation. With the agenda we have in mind, we felt it would be best to have a different publisher.”

Burgess’ track record at OK!, at least on paper, is impressive. Under Burgess, ad pages at OK! grew 20.7 percent in 2009, according to the Publishers Information Bureau. (Compare that to the industry average of -25.6 percent.) Through March this year, they’re up 23.5 percent.

Here’s Beckman’s statement on the hiring: "Lori has an exceptional track record growing business and delivering results. This ability combined with her entertainment and luxury marketing experience make her the perfect person to helm The Hollywood Reporter."

As for what kind of Reporter Burgess will be at the helm of in the long-term remains to be seen. Beckman admitted in March that the group was mulling the possibility of making THR a weekly glossy magazine with a daily web component.

"Yes, it’s something we are looking at,” he said.