The collapse of the Miramax sale at Disney has become the supine elephant in the middle of Hollywood’s living room: The companies up on the bloc are not selling. 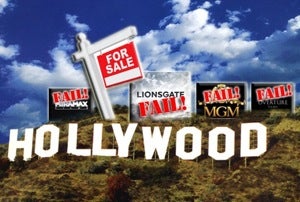 Before falling apart finally this week, the bidding over Miramax inched up over a few weeks this spring. But the same cannot be said for MGM or Overture, two other movie companies that have been available for sale for months, with no discernible movement.

“A whole bunch of these deals are floating around, and they’re not being done,” said Harold Vogel, a veteran entertainment industry analyst. “There is a sense of frustration.”

MGM has now been in a state of suspended animation for months. Debt holders have voted continual extensions on loan repayments as they find themselves unable to bring themselves to sell the house where James Bond lives to Time-Warner for a mere $1.5 billion.

Lionsgate continues to battle with aggressive investor Carl Icahn over his low-ball bids for most of the company.

Meanwhile, WaxWord has learned that billionaire brothers Tom and Alec Gores have submitted a bid for around $200 million to buy Overture from Liberty Media’s John Malone — part of an effort by management to partner with a buyer to replace the billionaire who has lost his enthusiasm for a movie-distribution unit.

While the offer is in the range of what Malone had sought for the company – an estimated $225 million – it is far from clear that he will sell it to these bidders. 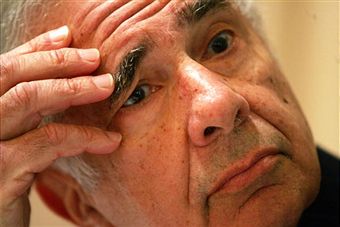 All of that makes the Burbank song-of-Miramax particularly worrisome to an industry more accustomed to being pursued by star-seeking bigwigs of the deep pocket variety.

If the industry needed a wake-up call that times have changed – it has gotten one.

The problem seems to be a clash between the perceived values of the movie companies and the values the market is willing to assign at a time of flux.

Throughout these attempted sales, analysts have raised the thorny issue of library valuation – concerned that the revenue being generated this year for movie titles will not be sustainable in a market of declining DVD sales.

Said Vogel: “There is no doubt that values have been diminished, and companies are gunshy about being criticized for overpaying. They did that for 10 or 20 years, and they don’t want to do it again.” 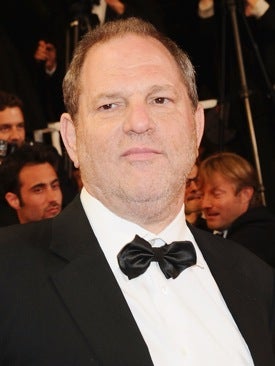 He added: “The people who are trying to sell have the old mentality – content is king; we have these libraries that are so valuable. I don’t think the two sides have really met. The evidence of that is clear — there are no deals.”

As regards MGM, the debt holders have held fast to the dream of a $2 billion price tag, which no buyer has been willing to offer. At this point, that sale has been deemed a failure by all involved, and the most likely outcome seems to be a further restructuring by management with the existing debtholders.

And there is a sense of deal fatigue in the air.

Executives at Disney and Weinstein both seem exhausted after weeks of late-night negotations. Others suggested that Burkle got cold feet after doing the math on the Miramax library. (It would not be the first time that the billionaire will have withdrawn from a deal near the finish line.)

Moreover, with the shut-out of the most eager bidder for Miramax, analysts interviewed on Tuesday agreed that the likely sale price just went down.

The question is: What is Disney likely to do at this point?  In a declining market, the best strategy might well be the game that now seems under way: wait and see.

Said Vogel: “My guess is they’ll withdraw, stop negotiating for a while, wait till the dust settles and come back in a few months from now.

“They don’t know where the pricing is going to stop, and there’s no hard upsurge in demand. As they say – catching a falling knife is a mistake."

ALSO READ:
Miramax Deal Collapse: Blame the Lawyers
Disney’s Miramax Deal With Weinsteins Collapses
Weinstein, Burkle Say Deal for Miramax Still Alive (Updated)
Who Are the Gores Bros., and Why Do They Want to Buy Hollywood?