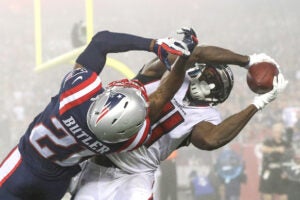 ”The companies that will be hit the hardest are those that are highly leveraged,“ analyst Tuna Amobi says

Hollywood is in preservation mode as major media and entertainment companies scramble for cash injections, refinancing and cost-cutting all in attempts of weathering the financial impacts of the increasing spread of the novel coronavirus.

On Friday, ViacomCBS announced it planned to raise $2.5 billion in funds through a new debt offering, and vowed to offset expected revenue losses through cost-saving initiatives.

That move has become popular among Hollywood’s heavy hitters with the means to do so. Earlier this week, Comcast raised $4 billion through a debt offering, saying that it expected “the impact of COVID-19 could have a material adverse impact on our results of operations over the near-to-medium term.” And Disney last week raised $6 billion in a debt offering a day after alerting shareholders that it expects the coronavirus to have a significant impact on its business in a number of ways.

“Companies in all industries, not just entertainment, are eager to have cash on hand right now,” Jon Giegengack, principal analyst with Hub Entertainment Research, said. “So you see lots of companies drawing on credit lines or taking advantage of historically low interest rates to raise money.”

The global pandemic has posed a tough financial hurdle for Hollywood companies, forcing movie theaters and theme parks to close, film releases to be pushed, film and TV productions to be put on hold and offices to be closed. And that means that revenue that had been expected is no longer coming — putting a crunch on some highly leveraged companies to maintain current expenses, including payroll.

S&P Global, in a roundup of coronavirus-related economic impacts on Friday, wrote that its analysts expect the entertainment industry to be one of the hardest hit, along with the travel and tourism, hospitality and retail. According to S&P Global analysts, the impact will have a drag on credit demand and quality.

As of March 26, S&P had already taken more than 25 ratings actions on companies identified as being the most vulnerable within the media and entertainment sector, which also includes event organizers, live-events companies, travel-related companies and movie exhibitors.

While there’s so much uncertainty about the pandemic’s full financial impact, CFRA Research analyst Tuna Amobi said companies like Disney and Comcast are best positioned to emerge strongly.

In the last two weeks, many entertainment companies have made tough decisions, furloughing and laying off employees as they scramble to cut costs and, as Amobi said, “preserve liquidity.”

AMC Theatres, the nation’s largest cinema chain, this week furloughed 600 corporate employees, including CEO Adam Aron, after shuttering its theaters worldwide. The company is also dripping in debt, reporting a $5 billion-plus deficit at the end of 2019 and losses of $149 million for the year (after recording a $110 million profit in 2018).

Without knowing if there’s an end to the pandemic in sight, Amobi said the pandemic will likely hurt some companies’ earnings for at least the rest of the year, not just the first and second quarters.

Movie exhibitors are not alone. Hollywood talent agencies, which depend on the completion of deals for productions that are now on hiatus, has rushed to shave costs. United Talent Agency cut salaries for employees across the company. Paradigm furloughed roughly 100 staffers. And Endeavor, the debt-laden parent company of the WME agency and Ultimate Fighting Championship, temporarily laid off 250 people.

The timing of the economic downturn could not have come at a worse time for Endeavor, which was forced to kibosh an IPO last year and has racked up mounds of debt from glitzy acquisitions of UFC and IMG in attempts to diversify away its talent agency roots. When the company opened its books for its failed IPO, it reported $4.6 billion in long-term debt and total liabilities totaling $7.2 billion.

S&P Global analysts said the companies most vulnerable to economic downturns like this one are those with high leverage or weak business models — in addition to those with immediate financing needs, such as companies with weaker liquidity, tight covenants or near-term maturities.

“If you’re an entertainment company, and your livelihood is advertising, which is down, if your livelihood is from movie box office, that’s going to be down, if your revenue is from theme parks, they’re closed,” Brian Frons, former president of ABC Daytime, said. “While you may have some reduced costs, you have a ratio where your revenue is down 50%, but your costs may be down only 10%.”

While the average consumer might fill that gap with a home equity line or running up credit card debt, companies turn to Wall Street — which is now at historically cheap levels thanks to record low interest rates.

“If you’re a company, you have people sitting around all day matching and modeling your costs over the next six months against your revenue, and they can see what the shortfall is and they can see what they have in reserve, either as cash on hand or revolving credit lines they already have, and then they say we’re comfortable or we might want to go ahead and borrow some more money,” Frons said. “Not that we spend it right away, but that we have it in case we need it. That’s liquidity.”

Also Read: How the TV Industry Is Changing in Real Time in Reaction to the Coronavirus | Podcast

One potential boost to liquidity for some companies is President the $2.2 trillion economic relief package that President Trump signed into law on Friday. Hollywood hasn’t been singled out for any specific bailout, unlike airlines and some other industries, some bigger Hollywood businesses could still apply for loans through the $500 billion lending program. And smaller businesses — which could include many movie theaters — could request aid from the $350 billion small business loan program to help cover payroll costs.

“The big uncertainty is how long this pandemic goes on,” Amobi said. “Next week, the number of cases could double again, these companies continue to get squeezed, and all of this goes out the window.”