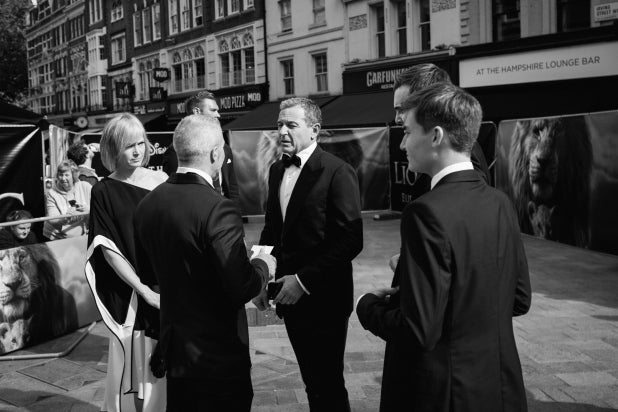 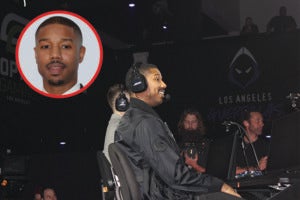 Why Actor Michael B. Jordan Is Betting Big on Esports

Nearly two weeks after longtime Walt Disney Co. CEO Bob Iger blindsided Hollywood and Wall Street with the news that he was stepping down from the top job to make way for parks leader Bob Chapek, the smoke still hasn’t cleared.

Studio executives and Hollywood power players are still asking privately if not publicly about the timing and suddenness of Iger’s move to executive chairman, questioning if there isn’t more to Disney’s explanation that the change had long been in the works.

“This did not look like they had it ‘planned,'” said analyst Rich Greenfield, who is often outspoken about Disney. “There is no way that it’s as simple as, ‘I want to focus on the creative'” — what Iger said he would do in his new role in an investor call last month. “It was not ‘planned’ the way Disney plans,” Greenfield added.

And investors have not reacted well to the transition, pummeling the company’s stock by nearly 19%, to $104.35 per share at close of day on Monday. While much of that drop might be attributed to the market-wide sell-off due to the coronavirus scare, the company has seen a steeper decline than the S&P, which has fallen 12% since Feb. 25.

A spokesman for Disney, which holds its annual shareholders meeting on Wednesday in North Carolina, declined to comment for this story and pointed to Iger’s remarks on the day of his departure in which he said he had “identified Bob (Chapek) quite some time ago as a likely successor to mine.” Iger added: “Getting everything right creatively would be my No. 1 goal. I couldn’t do that if I were running the company on a day-to-day basis. The goal was to turn over the day-to-day management of our company to Bob.”

But former Disney executives confirmed that this hand-off did not happen with the characteristic Disney care and preparation. “It was a huge surprise to everyone, even to his (Iger’s) direct reports,” one former executive told TheWrap, noting that other internal candidates for the job appeared to have been left out of the loop.

When the news of Iger’s departure dropped on Feb. 25, Disney’s Chairman of Direct-to-Consumer and International Kevin Mayer was holding a town hall meeting at Hulu to introduce new chief executive Kelly Campbell. According to a second individual with knowledge of the situation, Mayer was in the midst of touting the open communication of the company when he was quietly approached by an assistant with the news. He left immediately to go back to headquarters, the individual said.

Peter Rice, Chairman of Walt Disney Television and co-chairman of Disney Media Networks, was also not informed ahead of time, according to two individuals with knowledge of the situation. Both Mayer and Rice were considered top candidates to succeed Iger, though conventional wisdom held that this decision would not happen until closer to the expiration of Iger’s contract in December 2021.

The choice of Chapek has also fueled the speculation, since he ascended immediately to the role of CEO without a replacement chosen to lead the single largest business unit at Disney, parks and resorts. That lack of leadership seems to many to be even more curious as the theme parks face the daunting challenge of dealing with a fast-moving coronavirus outbreak and park closures in Hong Kong, Shanghai and Japan. (Many shops and restaurants at Shanghai Disneyland reopened on Monday but the park remained closed.)

One investor, who declined to be identified, complained to TheWrap that it was “kind of strange” that Chapek was identified “quite some time ago” but that no replacement for Chapek in his former job was in place. “Despite Bob Chapek’s former domain, Disney’s Parks & Resorts division, being responsible for approximately 40% of the Walt Disney Company’s revenue, no successor has been named,” the investor said. “There are some serious tells here as to the haste with which this decision was made.”

As chairman of the parks and resort division, Chapek had dominion over Disney’s largest business segment, more than 170,000 employees worldwide. In 2018, the parks and resorts segment brought in $20.3 billion in revenue, up 10% from 2017 and nearly 20% from 2016. In 2018, Disney created the new division of parks, experiences and products and put Chapek in the captain’s chair there as well. Last year, that segment brought in $26.2 billion in revenue.

With all this speculation, no evidence has emerged that this sudden decision was driven by any outside factors that have not yet been disclosed. And despite multiple attempts by TheWrap to engage in conversation on the topic, Disney spokespersons declined to do so.  Iger had said previously that he was stepping down at the end of his contract. But he has made similar statements before and changed his mind as the board extended his tenure.

Ironically, one insider said the timing was likely done to quell any speculation about succession, noting that the board of directors wanted to get this done before Thursday’s shareholders meeting and to end the ongoing gossip and rivalry inside the company over the subject.

Others said that this was merely Iger realizing that he wanted to spend his time on the more interesting parts of the job — the creative side — and leave the number-grinding work to Chapek. One of the former Disney executives interviewed for this article said that this was Iger’s “impetuous” side coming to the fore, not waiting to step out of the CEO role, wanting to get on to the next phase.

Iger also leaves the company as it faces a number of series headwinds to sustain its remarkable growth in the near term. Greenfield posed the situation as a glass half-empty/half-full scenario for Chapek: “‘Hey, Bob Chapek, you’re going to be CEO today, effective immediately — the parks are facing a global pandemic unlike anything seen before with three already shut down, the film division is suffering after an epic year, the Fox deal is an outright debacle and ESPN’s demise is accelerating. Have fun as the new CEO.'”

In 2019 Disney released just nine films but grossed $3.8 billion, thanks in large part to brand staples like “Avengers: Endgame” and “Star Wars: The Rise of Skywalker.” While Disney has releases from Marvel and its live action reboots, there is no “Star Wars” or “Avengers” film to assure a repeat box office performance — and Pixar’s “Onward” debuted to just $40 million domestically this weekend.

Disney has also been working to figure out how best to incorporate the assets it acquired from Fox last year, with Iger admitting that its first releases from the Fox film division had underperformed. The most recent effort, Harrison Ford’s “The Call of the Wild,” has earned only $57 million after three weeks in release on a $135 million budget.

Given the rocky forecast for Disney this year, Iger might have timed his exit perfectly to avoid a downturn in his record after several years of successful expansion and the successful launch of Disney+. (Since becoming CEO in 2005, Iger has more than doubled Disney’s revenue from $32 billion to nearly $70 billion in 2019.)

“I’ve always said one thing about succession at Disney. The only person who knows Bob’s mind, is Bob,” a former Disney executive told TheWrap. “He simply does not talk to anyone. He is a poker player — he has no tells.”

Though he is stepping out of the CEO job, Iger will still have a presence at Disney, staying on to serve as executive chairman and focus on directing Disney’s creative endeavors.

“I wouldn’t necessarily infer any other motive beyond what appears to be an attempt to provide more clarity on management succession — a recurring question for investors — with ample time to hopefully facilitate a seamless transition,” CFRA media analyst Tuna Amobi told TheWrap. “I don’t know that there’s necessarily a perfect timing for such a transition in a company such as Disney, though there could very well be an imperfect (or far from perfect) timing for a variety of reasons, both expected and unforeseen.” 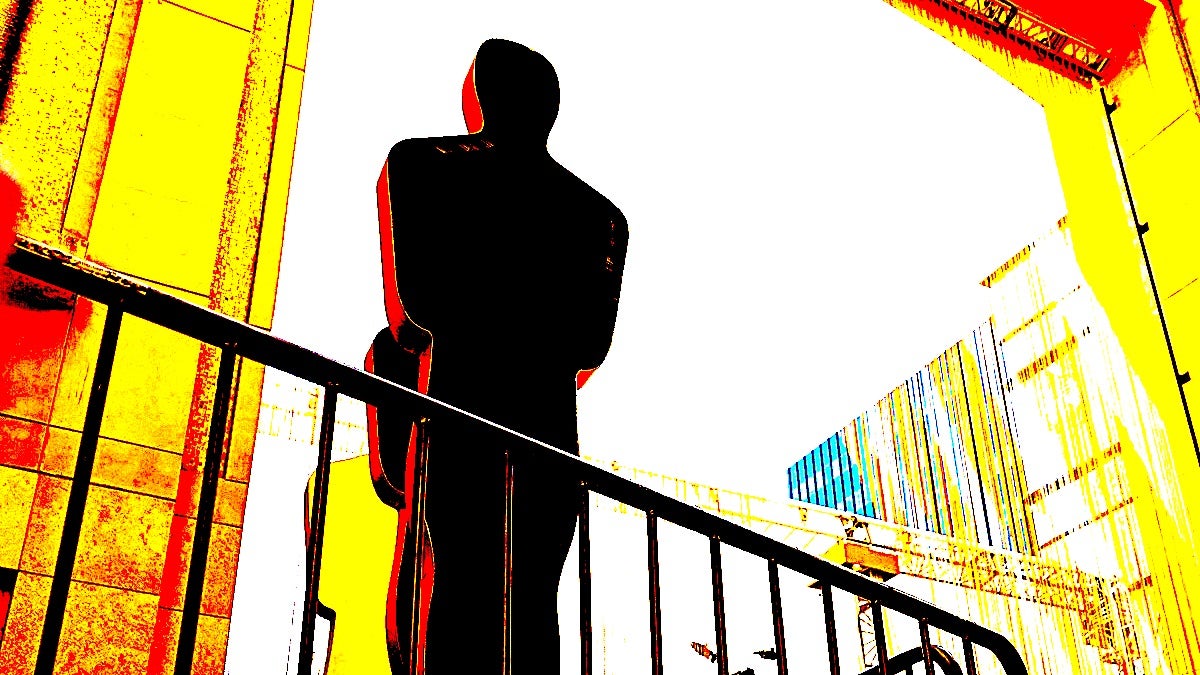