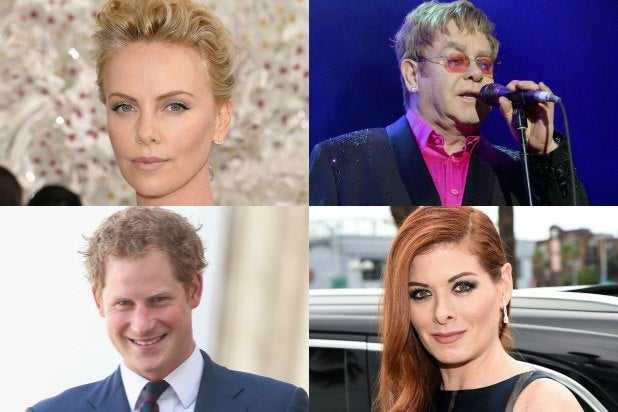 Monday marks the 27th annual World AIDS Day, which began Dec. 1, 1988. Activism to fight the disease has been a constant in the Hollywood community since HIV first was discovered.

More than 30 million people around the world are believed to be living with HIV/AIDS and the theme of this year’s World AIDS Day remains the same – Getting to Zero. That goal is shared across the entertainment industry today, as many in Hollywood lead the way in finding a cure, providing treatments and raising awareness.

TheWrap highlights some of the standout efforts being made in 2014 to end HIV/AIDS once and for all.

Barack Obama deemed December 1 World AIDS Day 2014 while calling for more action to be taken in the fight of the disease. “On this day, let us rededicate ourselves to continuing our work until we reach the day we know is possible — when no child has to know the pain of HIV/AIDS and no life is limited by this virus,” the President said in his proclamation.

U2 – (RED) Campaign
U2 and Bank of America teamed up earlier this year in an ad that ran during the Super Bowl. As promised in the commercial, the rock band made their single “Invisible” free on iTunes, with Bank of America donating $1 to the Global Fund – $3,144,477 has been raised since then. The track is no longer free but proceeds from the song will still go to support AIDS programs. You can also make a donation here and Bank of America will match it.

Charlize Theron – UNAIDS
The South African-born actress has been involved with UNAIDS and their 2014 campaign to “Close the Gap” and promote testing so that the 19 million unaware HIV positive people can receive the treatment they need. Theron tweeted on Monday:

It’s World Aids Day; today is a reminder to educate ourselves, together let’s close the gap – http://t.co/ml6QXmmlys

Debra Messing – PEPFAR
In 2010, Messing testified before the House Foreign Affairs Subcommittee on Africa and Global Health, speaking of the successes from US investments in HIV/AIDS while urging more funding be considered for HIV/AIDS prevention and treatment in countries around the world. On Monday, she tweeted:

Elton John – Elton John AIDS Foundation
John’s charity has raised £122 million to date and provided care and treatment to millions around the world. According to its website, the organization has helped over 368,000 people receive treatment through programs the charity has funded.

Victoria Beckham – World AIDS Day T-shirt The musician-turned-designer has created a limited edition T-shirt that will support World AIDS Day 2014. The simple red ribbon design costs £90, with all proceeds going to the Joint United Nations Program on HIV/AIDS. The shirt is available for sale online here.

Kenneth Cole – amfAR The fashion designer has been on the charities board since 1987 and was elected Chairman of the board in 2005. That year, he launched the “We All Have AIDS” campaign, aimed at breaking the stigma surrounding those living with HIV/AIDS.