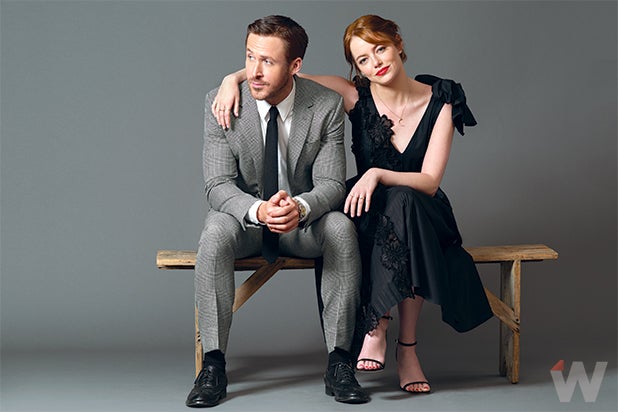 Forbes released its two annual lists of the highest-paid actors and actresses, revealing a continuing gender wage gap in Hollywood.

Mark Wahlberg topped the highest-paid actors list with a $68 million paycheck between June 2016 and 2017 while Emma Stone topped the other list with a competitively small $26 million.

And Wahlberg isn’t an outlier. With a combined $488.5 million, the top 10 actors on Forbes’ list far outranked the top 10 actresses, who earned $172.5 million total.

This year, just three woman surpassed the $20 million mark, one down from 2016. And their cumulative total is down 16 percent, from $205 million last year. By comparison, the top 16 men each earned more than $20 million.

Forbes attributes the wage gap to the lack of roles for women in major blockbusters, and movies in general.

“In release schedules dominated by superhero movies and brawny blockbusters, there are simply fewer parts for women that pay the sizeable backend profits that result in leading men’s large paydays, or the franchise sequels that permit aggressive negotiation for favorable deals,” reporter Natalie Robehmed wrote.

This conclusion is supported by the Center for the Study of Women in Television and Film at San Diego State University’s annual “It’s a Man’s (Celluloid) World” study, which found that women accounted for 37 percent of major characters in the 100 top-grossing 2016 films. While that’s up 3 percentage points from the previous year, the number of female characters with speaking roles is down 1 percentage point.

In a recent USC Viterbi School of Engineering’s Signal Analysis and Interpretation Lab (SAIL) study, which used an algorithm to look at the movie dialogue in around 1,000 scripts, it was found that men had more than 37,000 lines, while women had little more than 15,000. That means men speak roughly 70 percent of all film dialogue.

Also Read: White Men Still Talk the Most in Movies

This is also despite more female-centered films, including many hits, at the box office, including “Hidden Figures,” “Ghostbusters” and “Bad Moms.” 2017 has only increased that number with “Wonder Woman,” which recently became the highest-grossing superhero origin movie of all time, and the successful adult comedy “Girls Trip.”

Stone, in a recent interview with Out, said that in order to get paid as much as her male co-stars, the men have to take a pay cut.

“In my career so far, I’ve needed my male co-stars to take a pay cut so that I may have parity with them,” she said. “And that’s something they do for me because they feel it’s what’s right and fair. That’s something that’s also not discussed, necessarily — that our getting equal pay is going to require people to selflessly say, ‘That’s what’s fair.’ If my male co-star, who has a higher quote than me but believes we are equal, takes a pay cut so that I can match him, that changes my quote in the future and changes my life.”