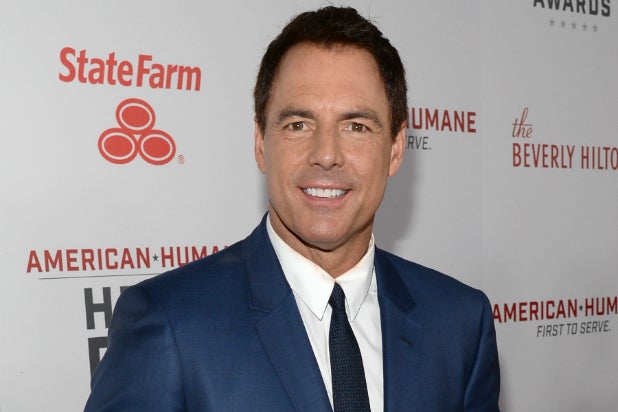 Updated Friday at 2:00 p.m. ET with an addition to Hallmark’s earlier statement: “Shows evolve and change all the time,” a rep for the Crown Media cable channel tells TheWrap. “Mark has been an instrumental part of “Home & Family” for the past 6 years, and we are extremely grateful for his incredible work and leadership. We truly wish Mark all the best in his future endeavors.”

Previously:
Mark Steines is out as co-host of Hallmark Channel’s “Home & Family,” effective immediately. At the time of this story’s publishing no one seems to know exactly why, and TheWrap has not immediately heard back from our requests for additional details from both sides.

“Today Hallmark Channel has parted ways with Mark Steines as the co-host of the network’s lifestyle series ‘Home & Family,'” a statement for the Crown Media cable channel reads. “We are extremely grateful to Mark for his incredible work and wish him all the best success in his future endeavors.”

We received that via email at 9:45 p.m. ET on Thursday. As for Steines, he has been quiet on social media for the past few days.

Steines has hosted the daily lifestyle show since 2012. Previously, he co-hosted “Entertainment Tonight” for a decade.

In addition to his journalism and TV hosting duties, Steines has dabbled in acting. In 1995, he played a White House security guard in “Nixon.” He’s also appeared in “Suddenly Susan” and on soap opera “The Young and the Restless.” Steines has played a reporter on “CSI: NY” and “The Practice,” among other credits.

Debbie Matenopoulos, Steines’ co-host on “Home & Family,” apparently now has the show all to herself — for now, at least.