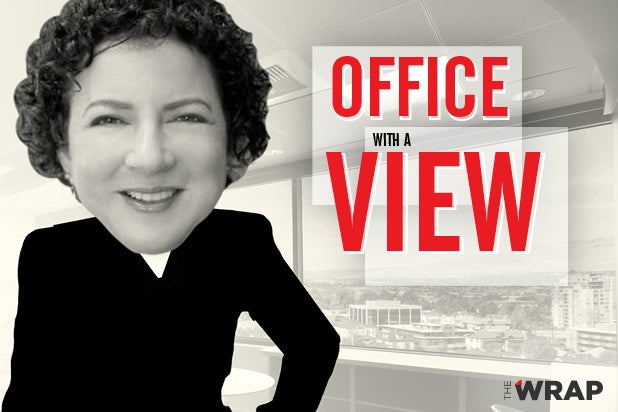 Lauren Lexton has a reality-TV pedigree that is second to none.

In her career, Lexton, the CEO of Authentic Entertainment, has produced hits like “Here Comes Honey Boo Boo,” “Ace of Cakes,” and “Flipping Out.” But what does Lexton look for when producing a new unscripted series?

“I would say passion,” Lexton told TheWrap. “Whether it’s passion on our part about the idea or passion on the part of the person we’d be covering, but there has to be something that jumps out.”

Lexton also revealed what it was about Honey Boo Boo that first caught her attention, why she thinks reality shows have remained so popular and if she would ever make the jump to scripted projects.

Read the full Q&A below.

TheWrap: What’s the most important thing you look for when deciding on a show to produce?
Lexton: I would say passion. Whether it’s passion on our part about the idea or passion on the part of the person we’d be covering, but there has to be something that jumps out.

What was it about shows like “Here Comes Honey Boo Boo” and “Toddlers & Tiaras” that first drew you in?
“Toddlers & Tiaras,” just the premise alone was always something we were fascinated with. There was a documentary on the subject, and I was always surprised nobody had done a TV series. Speaking of passion, [laughs] people on both sides of the spectrum feeling very strongly about the mothers and the daughters in these pageants, and it’s absolutely fascinating.

Coming out of that was, of course, “Honey Boo Boo,” and that just also jumped out at us. We just knew that she had something. And others shows too.

My biggest memory of someone jumping out of something and grabbing us was Jeff Lewis from “Flipping Out.” We were pitching this show about Jenny and Chris and they said, “Why don’t you film our boss as part of the show?” We saw how he came off on camera, and we knew he had to be part of the show.

Do you have any desire to start producing scripted shows?
It’s an interesting question. I think that potentially in the short-form world, but in terms of the focus of Authentic and what we’re great at, I think the focus will stay on unscripted. But that’s not to say that if an amazing scripted project came up that made sense for our brand came across our table, we certainly would consider it.

Are there any subcultures out there that haven’t been the focus of a series that you’re interested in seeing?
We have some things in development right now that are just ridiculous. I think it’s important, especially in this day and age with so many outlets for content, I think it’s really important to make sure your projects really are loud, in terms of things you can bring to each individual project.

And so we are working on a few things right now that have either great talent or an ensemble cast with absolutely insanely interesting people. We’re also pitching a lot more formats. Since we’re owned by Endemol Shine, we have access to all their international formats, so we have a lot of U.K. and Dutch formats that we’re going out with.

What do you think it is about reality shows that resonates so strongly within the United States?
I think that there has to be that level of relatability or that wow factor with a trainwreck character [laughs]. Also, I think that audiences are savvy and they really know when something is real.

The show that we’re doing right now, “Venom Hunters” on Discovery, it’s 100-percent real. When someone picks up a venomous snake and takes their head and milks it, it’s something that’s really happening. It’s not something you can concoct, and I find that pretty amazing.

Have scandals like those involving Josh Duggar and Mama June from “Honey Boo Boo” affected the way you screen potential stars?
We obviously will always do background checks, but they’re real people, that’s the thing. We can’t limit ourselves right at the top of the development process. We find real, interesting people with interesting lives to follow.

I think we’ll stay away from certain areas, so I personally will always tend towards shows about families, and cool jobs, and the wild world, and stay away from shows about true crime and those kinds of things. But I don’t think we’d ever limit ourselves immediately going in.