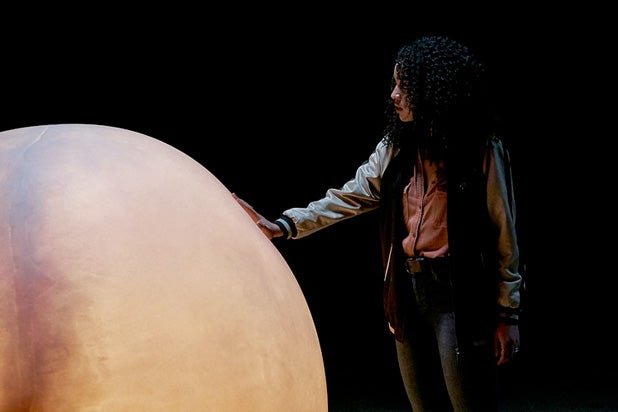 We were shooting a sex scene as the election results came in. The scene was from “Channel Zero,” a surreal horror anthology series I created for television, and this was the second season, subtitled “No-End House,” about a group of young people who find themselves trapped in a sinister false reality.

The tone of the sex scene is less romantic than ominous — the characters are scared and lonely, and unbeknownst to them something very disturbing is going on just downstairs in the garage — but as the night wore on, the mood behind the camera grew far grimmer.

The few Americans there (we film in Manitoba, Canada) were soon glued to the news. The locals kept saying, with a combination of pride and alarm, “Hey, did you hear the Canadian immigration website crashed?” The only American cast member on set that night, my friend Jeff Ward, would leap from the bed between takes, grab a robe and lunge for his phone with a look of queasy dread.

When I watch that scene now, I can barely separate the sinking feeling we had that night with the sense of dread that lives within the show itself. The horror genre has always been a place where Americans go for cultural catharsis, but never in my generation has the day-to-day American experience felt so consistently like a horror movie.

The horror genre doesn’t traditionally get a lot of respect. At its worst, it’s a collage of gratuitous jump scares and gore. But at its best, horror is a vessel for raw catharsis in a way that other genres typically are not. Great horror exposes raw nerves. It reflects our disquiet back at us. That’s why horror is the most relevant genre in times of national affliction.

As many others have observed, it’s no coincidence that “It,” with its terrifying clown destroying a community’s innocence, has been a staggering success at the box office. Or that “Get Out,” which channeled racial anxiety and tension into a tense horror story, hit such a national nerve earlier this year. We live in unstable days; the mundane is permeated with dread and dreadful things have become mundane.

Horror movies have always reflected our national tensions. “Night of the Living Dead” is one of the great social parables, about a cross-section of 1960s American society surrounded on all sides by a growing, implacable threat (interpret as you will). “The Exorcist” is about a rebellious adolescent girl at the dawn of the 1970s. “The Texas Chainsaw Massacre” — still relevant today — concerns a Southern family who are very passionate about protecting their heritage and traditions.

“Channel Zero” airs on Syfy, and when the network greenlit the show in 2015, the political landscape and climate were very different. The show was never intended to deal directly with politics (and it never will) but, bizarrely, the writing and production of the first two installments coincided almost perfectly with the primary and general elections. I never believed Donald Trump had a chance, but our supervising producer, Don Mancini, said, “I’m less optimistic about humanity than you are.”

Months later after the election, when we found ourselves in postproduction on “No-End House” trying to create an atmosphere of persistent disquiet, it wasn’t hard to find inspiration. There are few greater horrors than a dawning awareness that your loved ones are not who you thought they were, that the world is not to be trusted. Unintentionally, “No-End House” became a reflection of a cultural climate of paranoia and dread. Of course it did; that’s the nature of horror storytelling.

This raises a question: What is a horror storyteller’s responsibility then? A horror story must frighten and entertain. But if it does only those things, an opportunity has been missed. In a time when we live with a sense of futility and distrust and audiences turn to horror stories more avidly than ever, it is important to tell human stories — horror stories not just about monsters but about the people confronting them. Horror as a genre is uniquely suited to tell stories about loss, paranoia, and distrust. It is also particularly well-suited to do maybe the most valuable thing any narrative art form can do: Create empathy.

“No-End House” is airing now, but we wrote and shot the third installment of “Channel Zero” shortly after the election. It’s not about America under Trump in the way that “American Horror Story: Cult” is. But it’s a story about loss and derangement, predators and prey, a fever dream in a dying city. It reflects an atmosphere of chaos and exhaustion. How could it not?

View In Gallery
BIO Nick Antosca
Nick Antosca, a native of New Orleans who's an author, screenwriter and producer. His books include "The Girlfriend Game," "Midnight Picnic" and "Fires." He was co-producer and writer on NBC's "Hannibal" and "The Player" before creating "Channel Zero" for Syfy.

Nick Antosca, a native of New Orleans who's an author, screenwriter and producer. His books include "The Girlfriend Game," "Midnight Picnic" and "Fires." He was co-producer and writer on NBC's "Hannibal" and "The Player" before creating "Channel Zero" for Syfy.