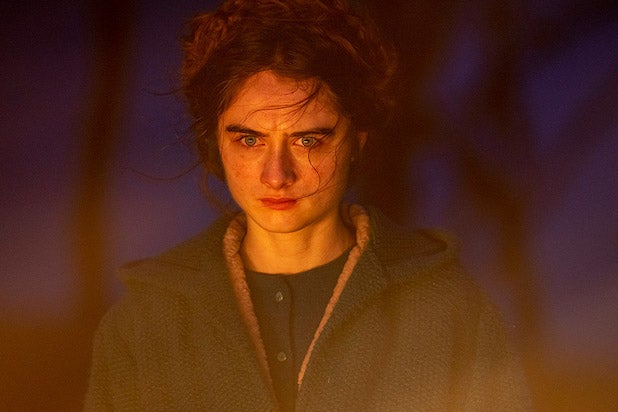 IFC Midnight has acquired the North American rights to “The Other Lamb,” a horror film about a cult of women that premiered at the Toronto International Film Festival earlier this year, the distributor announced Thursday.

“The Other Lamb” stars Cassidy as a young girl named Selah born into an alternative religion known as the Flock. The members of the Flock – all women and female children – live in a rural compound, and are led by one man, known only as Shepherd (Huisman). Selah, a daughter who is on the cusp of teenage-hood, is an incredibly devoted follower, but begins to bond with Sarah (Gough), an outcast wife who has grown skeptical of Shepherd’s teachings. Selah is given the great honor of participating in the sacred ritual of the birthing of the lambs – upon which they depend for survival – where she has a shocking and transformative experience. She begins to have strange visions that make her question her own reality and everything the Shepherd has taught her and her sisters.

The screenplay for “The Other Lamb” was featured on the 2017 Black List, Hit List and Blood List and had its world premiere as a special presentation at TIFF. Most recently the film screened at the 2019 Fantastic Fest and is currently in competition at the 2019 BFI London Film Festival.

Szumowska previously won the Silver Bear at the Berlin International Film Festival 2015 for her film “Body” and the Grand Jury Prize for her film “Mug” in 2018.

“I couldn’t be more thrilled to partner with IFC on my English-language debut. Their history of championing auteurs from Europe in North America is incredible, and I’m very happy to join their roster of iconoclastic storytellers,” the director said in a statement.

“‘The Other Lamb’ is the perfect addition to our 2020 slate of boundary-pushing and auteur-driven titles. Malgo’s distinct, original, and commanding approach to the film is completely in line with our goal of broadening the definition of what genre film can be. We unanimously wanted to work with her,” Arianna Bocco, EVP of acquisitions and productions of IFC Films, said in a statement.

David Lancaster and Stephanie Wilcox of Rumble Films are the producers on the project along with Aoife O’Sullivan and Tristan Orpen Lynch of Subotica, Danish producer Marie Gade Denessen of Zentropa and in co-production with Umedia. Julia Godzinskaya, Will Norton and Sophie Vickers of Rooks Nest Entertainment and Jon Shiffman and Andrew Schwartzberg of Rumble Films are all executive producers. The film is made with the participation of Fís Éireann/Screen Ireland and is an official Irish-Belgian co-production.

The deal was negotiated by EVP of acquisitions and productions of IFC Films Arianna Bocco and director of acquisitions Aijah Keith with UTA Independent Film Group on behalf of the filmmakers. International sales are being handled by TrustNordisk.