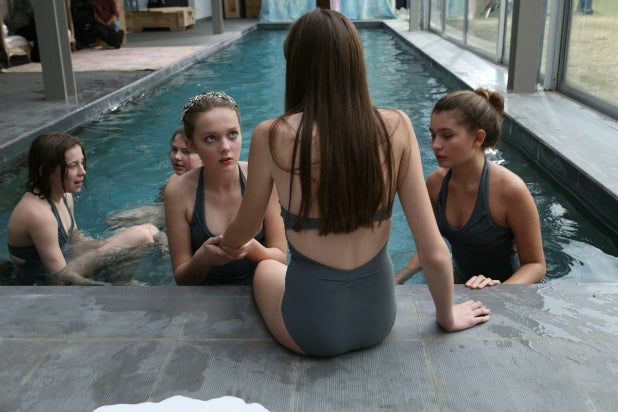 Cyber-bullying, eating disorders, affluenza, self-harm, parental neglect — the tony 12-year-old girls at the center of “#Horror” are already besieged by everyday nightmares when they find themselves at the wrong end of a killer’s knife and camera phone.

More concerned with who’s fat, who’s poor, and who’s the real bully (oof, take your pick), the six preteens — well, five after one of them is kicked out for being too much of a mean girl even for this clique — don’t realize that their private moments, and eventually their murders, are recorded, uploaded, hashtagged and “liked” by the dozens.

Those gruesome status updates are greeted by garish, reflexive encouragement: neon praise and the ear-splitting, slot machine-like sound effect of a cash register’s ka-ching. Intercut with those same photos in apps and image grids, “#Horror” is fueled by the despairing fear and misanthropy you can only get from reading needlessly malicious Internet comments. But it’s also made with verve, style, and sparing gore by writer-director (and fashion designer) Tara Subkoff, whose overwrought concern for kids today is more than made up for by her promising debut’s grimly mysterious mood and flair for the hipster grotesque.

The glass-box modernist mansion where 95 percent of the plot takes place is filled with a wonderfully curated collection of creeptastic sculptures. (It apparently takes an artist to illustrate how unnerving half a hard-boiled egg can be.) It’s not clear if Subkoff intends to portray the bronzed car tires and dozens of shocked rubber masks in the living room as a satire of contemporary art, but they certainly work as one. Those masks are deployed for delightfully eerie effect in a dance sequence that’s easily the discomforting highlight of the movie.

The curiosatorium within is a vulgar contrast to the painterly rural New England winter outside, where a darkly shrouded figure slashes the neck of one of the girls’ dads (Balthazar Getty) and spies on the preteens indoors. The villain mostly just looks, though, which leaves us stranded with the pack of catty private-school girls for the first two acts.

They’re victims, of course, of both the genre and themselves, but Subkoff doesn’t give her young performers much to work with; the characters, playing dress-up in real furs and diamonds, are mostly one-note in their awfulness. 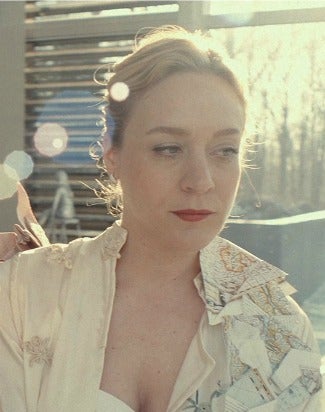 Scholarship girl Sam (Sadie Seelert) is the most grounded of the bunch, but she’s no match for dictatorial Sofia (Bridget McGarry), whose mom (Chloë Sevigny) is too caught up in her own relationship drama to pay attention to her daughter and her friends.

Some time after Sofia banishes Cat (Haley Murphy) for being over-the-top nasty to their chubby friend (Emma Adler), Cat’s plastic-surgeon father (Timothy Hutton) arrives and menaces the girls with a knife when he doesn’t find his child among them. Most of the characters’ interactions are fairly stylized, but Hutton’s ravings are delivered with Nicolas Cage levels of unhinged brio that’s compulsively watchable, but also takes you out of the film.

In a calmer moment, the girls indirectly confess their pain by talking about why they hate their parents. It’s a smart conceit, but the scene never quite lands; underneath their bratty shells is just more brat. The killer’s motivations, revealed in the final scenes, are perfunctory.

And yet, “#Horror” undeniably succeeds in its main mission: parodying and scrutinizing the ease with which we capture, recycle, reframe, and desensitize ourselves to even the most horrific images. That makes Blingee possibly the scariest website out there.