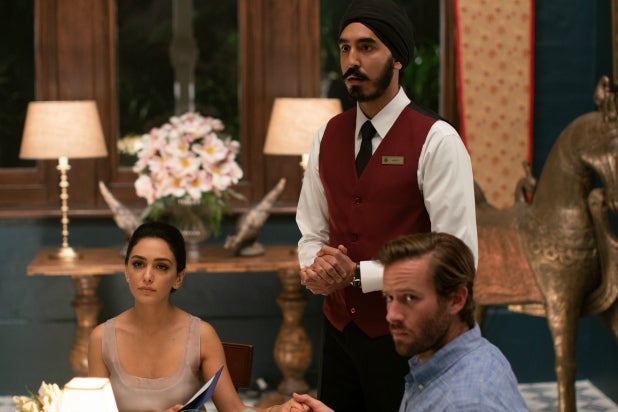 “Hotel Mumbai” has had a complicated rollout, but next month, it will finally debut in what director Anthony Maras calls the “biggest, most important territory that there is for this film”: India.

“Hotel Mumbai” centers on the Taj Mahal Palace Hotel, one target of the November 2008 terror attacks in India’s capital that claimed 165 victims. It stars Dev Patel as a courageous hotel employee, and Armie Hammer and Nazanin Boniadi as a married couple who are among the people held hostage at the Taj.

The film is expanding its U.S. following thanks to its recent debut on Hulu. Its theatrical release was difficult: The Weinstein Company acquired “Hotel Mumbai” more than a year before the Harvey Weinstein scandal broke, and the producers had to fight to regain the rights. The legal maneuvering kept the film out of awards contention in 2017.

It finally debuted in the United States in March, but its release in New Zealand was suspended out of sensitivity to the Christchurch mosque shootings. The global rollout has continued with a British release last month, and next month’s release in India.

Maras spent a year just researching the film to make sure Indian audiences would feel that he told the story respectfully.

“It’s their 9/11,” he said. “It’s difficult to overstate how big an effect it had on the psyche of India, but especially on the people of Mumbai. You can’t meet a person in Mumbai that hasn’t got one degree of separation from what happened. Everyone has a story and were profoundly affected by what had gone on.”

The Australian director said he felt an added layer of trepidation as a non-Indian telling a story deeply important to India.

“That’s something which literally from day zero is something we’re grappling with and trying to find our way with,” he said. “It’s why I think the research period took more than a year, not writing a single thing but just listening, interviewing, finding out what people had been through and what they experienced.”

The film will be released in five Indian languages and English, in cooperation with Zee TV, an Indian pay television channel owned by the media company Zee Entertainment Enterprises.

Given that India is a nation of a billion people — and nearly as many cell phones — Maras understands that more than a few Indians have already seen his film. He’s OK with that, since the feedback has been good.

“Film releases being what they are, and torrent and internet being what it is, a fair number of people in India have seen it and have no short amount of compliments,” he joked.