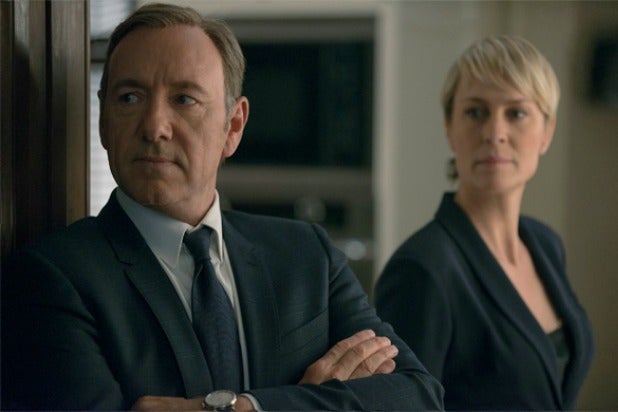 Netflix added four million subscribers in the first fiscal quarter of 2014, besting analysts’ expectations and its own performance from a year ago. Netflix now has more than 46 million paying subscribers, 34.38 million of them in the United States.

The additions came in the same quarter a bevy of original TV shows and movies, including “House of Cards,” “Mitt” and “The Square,” premiered on Netflix. Netflix has chased the exclusive rights to movies and TV shows to engender loyalty from subscribers and attract new ones.

“House of Cards” has been the biggest hit on the TV side, though popular shows such a “Derek,” “Orange Is the New Black” and “Hemlock Grove” all return for new seasons this summer as well.

Also read: Is Netflix Luring Away HBO and Showtime Customers?

That strategy is paying off. The company passed $1 billion in revenue for the first time in the quarter, while earnings per share nudged up t0 $0.86. That figure has climbed each of the past five quarters. Netflix reported EPS of just $0.05 in Q1 of 2013.

The next area of focus for investors and executives will be overseas. Though Netflix now has larger subscriber base than HBO in the United States, its international operation is still in its nascent stage.

Netflix’s international subscriber base has almost doubled in the past year, and it now has 11.76 million paying subscribers.

The expansion was costly at the outset, but its existing operations will be profitable by the end of the year, CEO Reed Hastings said in a note to investors.

That statement about profitability does not cover Netflix’s expected expansion into new European territories. It is currently available in the U.K., Netherlands and Scandinavia.

Also read: Hollywood’s Highest Paid Executives: Who Made Bank, Who Sank in 2013

Netflix sometimes uses those territories as a testing ground for new products, and it will soon bring one experiment — a price increase — to the United States. Experts have speculated for some time that Netflix would raise its prices given the high cost of producing and acquiring premium video. Hastings has been noncommittal, but in this note he wrote that raising prices for new customers in Ireland had “little impact.”

“Our current view is to do a one or two dollar increase, depending on the country,
later this quarter for new members only,” Hastings said in his note. “Existing members would stay at current pricing (e.g. $7.99 in the U.S.) for a generous time period.”