“House of Cards” fans, allow us to introduce Diane Lane, Greg Kinnear, and Cody Fern — a.k.a. the Shepherds.

It was previously announced that Lane, Kinnear and Fern will star alongside Robin Wright on the Netflix political drama’s upcoming sixth and final season, and on Monday, the streamer revealed who they will be playing, along with several photos of the actors in character.

Per Netflix, the actors have been cast as Annette Shepherd and Bill Shepherd, a sister and brother who inherited Shepherd Unlimited, a leading industrial conglomerate whose family foundations exert a powerful behind-the-scenes force in the American political landscape. The two share a vision for the future of America, as well as a complicated past with the Underwoods.

Fern stars as Duncan Shepherd, Annette’s ambitious and devoted son, who represents the next generation of D.C. power players.

See photos of the Lane, Kinnear and Fern in character above and below. They join returning cast members including Emmy nominee Michael Kelly, Jayne Atkinson, Patricia Clarkson, Derek Cecil, Campbell Scott and Boris McGiver. Also returning is “UnReal” star Constance Zimmer, who played reporter Janine Skorsky — one of the only characters connected to the many misdoings of the Underwoods in earlier seasons.

“House of Cards” was put on indefinite hiatus in November after the personal implosion of series star Spacey, who stands accused of sexually assaulting numerous men including some when they were minors. He has denied many of the accusations.

The sixth and final season of “House of Cards” drops Nov. 2 on Netflix.

These out to tide you over until then: 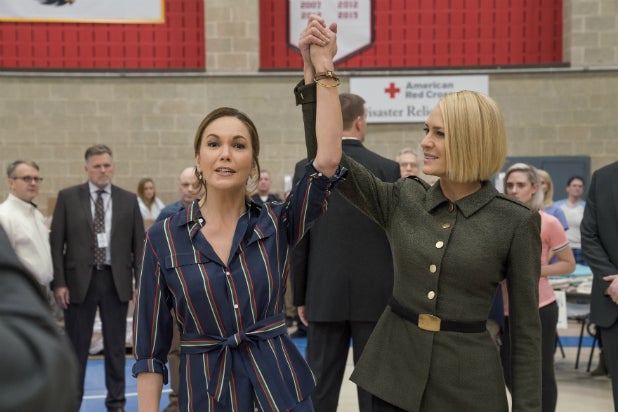 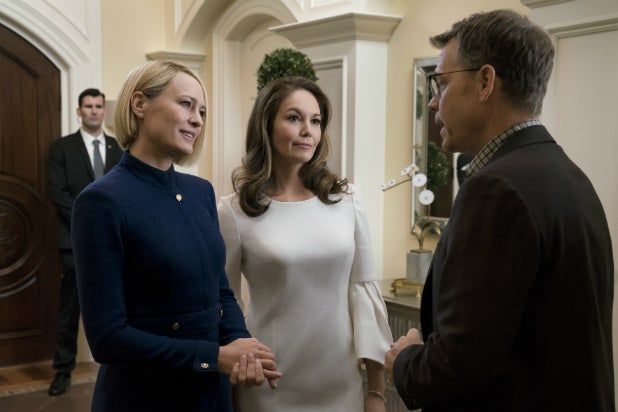 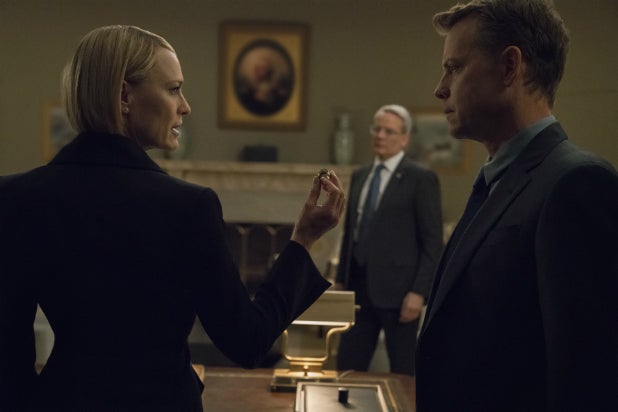