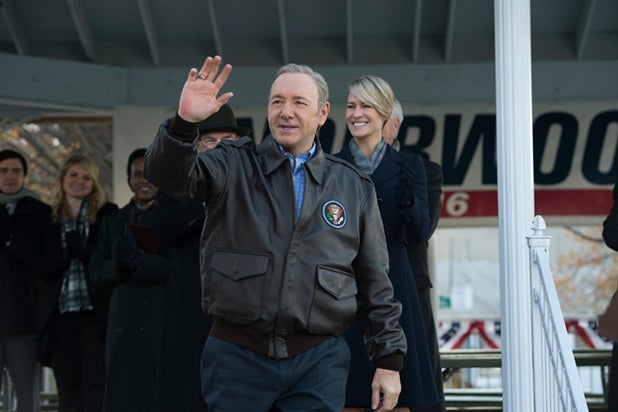 Netflix’s “House of Cards” has tapped Melissa James Gibson and Frank Pugliese to serve as showrunners for the show’s fifth season.

The pair were promoted to succeed Beau Willimon, who is leaving the show after four seasons at the helm.

“I welcome Frank and Melissa in their new roles on House of Cards and look forward to collaborating with them and our creative team on Season Five,” said executive producer Kevin Spacey, who also stars on the political drama as President Frank Underwood.

Pugliese and Gibson both joined the series’ writing staff in Season 3.

Season 4 of “House of Cards” debuts with 13 episodes on Friday, March 4.