Claire Underwood is your new president.

The sixth and final season of “House of Cards” will drop on Nov. 2, Netflix announced Tuesday.

The final installment of the political drama will feature Claire Underwood (Robin Wright) as president, her husband Frank Underwood out of the picture after Kevin Spacey was removed from the show following accusations of sexual misconduct.

See the key art below. 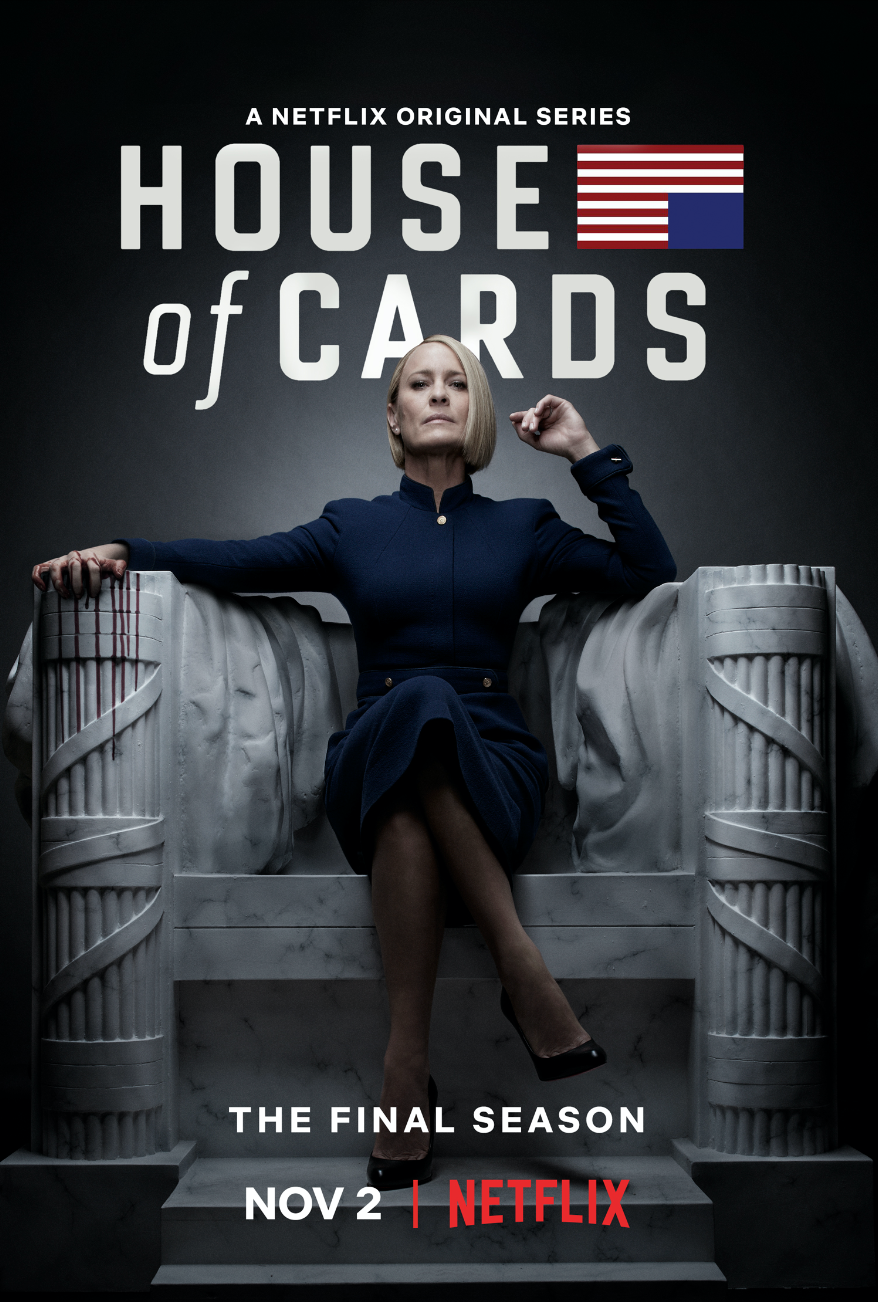