“House of the Dragon” boss Ryan Condal has addressed the departure of Miguel Sapochnik as his co-showrunner of the HBO fantasy drama.

In late August, HBO confirmed Sapochnik was stepping away from the series, though he remains an executive producer for the remainder of the show. Speaking to Entertainment Weekly in a new interview, Condal said he was aware that Sapochnik might not be available in co-showrunner capacity for the entire “HoTD” run.

“It was definitely in Miguel’s mind,” Condal said. “He’s definitely lived in Westeros for a really long time. I was always potentially aware that he might have just set this one season up on his feet and got the feather in his cap of doing a show that he co-ran and had a hand in the conception and casting and making of, versus the original series where he definitely became a producer at the end, was certainly I think [‘Thrones’ showrunners] David [Benioff] and Dan [“D.B.” Weiss]’s most trusted filmmaker, but not in the way that he participated in ‘House of the Dragon.’ So it was always in the back of my mind.”

Condal said he believed Sapochnik had shared what he needed to with the first season of “HoTD.” 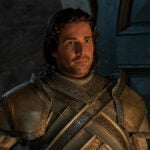 “I think at the end, he felt like he had said what he had to say,” the co-creator and now lone showrunner added.

With Sapochnik’s exit (he has a first-look deal with HBO), “Game of Thrones” veteran director Alan Taylor (“Mad Men,” “The Sopranos,” “Rome” and “Deadwood”) is joining as director and an executive producer for multiple Season 2 episodes. Condal told EW that the team at HBO suggested Taylor.

“That’s a director that I just would have assumed was not available, but I’ve always wanted to work with Alan,” he says. “He’s a legend, has worked on almost, I think, every one of my favorite television shows of all time. When HBO brought him up, we jumped all over it. We got on the phone and we chatted. We hit it off very quickly. He had already seen, I think by that point, the first episode of our show and was really excited about what we were doing. It was just a fast friendship that we developed. I’m excited to work with Alan and see what he brings to ‘House to the Dragon.’” 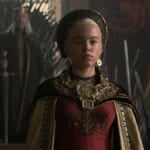 Also Read:
‘House of the Dragon’ Star Milly Alcock on Her Journey to the HBO Hit
x