In a late night vote, the democratically controlled House of Representatives passed the $1.2 trillion bipartisan infrastructure bill that was already passed in the Senate, with Joe Biden likely to sign it into law on Saturday.

13 republicans in the house voted for the infrastructure bill Friday night, while six Democrats from the progressive caucus voted against. The final tally was 228-206. 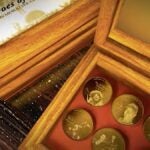 Left unsettled is Biden’s more ambitious “Build Back Better” agenda, covering a range of issues like an increased safety net and attempting to mitigate climate change. That plan is covered in a still-being-negotiated reconciliation bill that was supposed to pass along with the infrastructure bill as part of an agreement between moderates like Joe Manchin and Kyrsten Sinema, and progressives in the Democratic Party. The idea was that self styled moderates and progressives would both see their priorities realized.

However, Manchin and Sinema ultimately broke the promises they made to honor that agreement, and have since forced a brutal whittling down of the scope of the BBB bill. Despite this, progressives have been blamed for the ensuing stalemate that exists only because of that broken promise.

According to CNN, a deal with moderates regarding eventual passage of Build Back Better was reached on Friday that satisfied the majority of the progressive caucus. Whether that trust turns out to be founded remains to be seen.

The vote comes days after centrist candidate Terry McAuliffe failed to win the race for governor in Virginia, a loss the cause of which is still being debated.