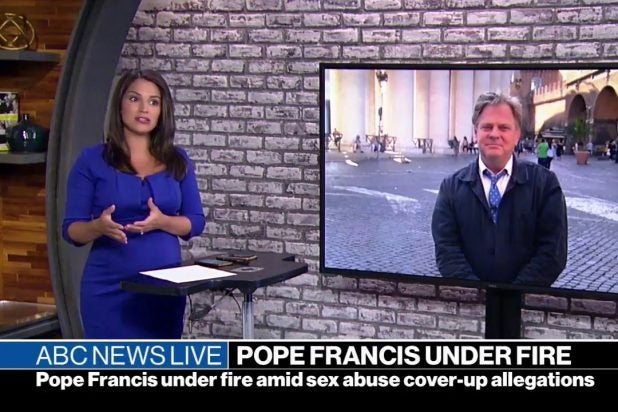 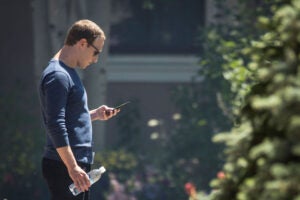 Just about every traditional news outlet is shifting its distribution strategy to include digital: CNN recently launched a channel on Pluto TV, CBS News launched its own OTT service, and Fox News is betting on a subscription VOD service to reach new audiences.

Despite the growing competition, ABC News’ SVP of content and partnerships Colby Smith believes his network operation has a head start on the competition — scoring more than half of all video coverage of last fall’s midterm elections on Facebook, for instance.

Part of that success, Smith told TheWrap, stems from the network’s experimentation with raw footage over traditional news formats and its willingness to try out “completely new creative environments that no news publisher in the history of the world has ever done before.”

By eliminating the need for second screens and leaning on its learnings in live video, Smith said that the year-old livestreaming channel ABC News Live is building a solid foundation for a successful future. He discussed the company’s OTT livestreaming strategy and what his team has learned.

1. Last year, ABC News launched its first 24/7 digital channel on several platforms, including The Roku Channel, Hulu TV and Facebook Watch. How has it turned out so far?

We’re at 5 million views on average a month —  not counting Facebook and not counting Hulu yet — and given some of the evidence we’ve seen during big events, on Facebook in particular, it’s going great.

For example, during the midterms in November of last year, we had a 54 share against all election video coverage on Facebook. So adding up CNN, NBC News, NowThis, Fox News, add up every publisher who was covering the midterm elections — which was every publisher — and they accounted for 46 share of viewing and we had a 54 share due to ABC News Live.

We firmly believe we are somewhat entrenched as America’s No. 1 livestreaming news channel now with a big growing lead. Everywhere we are, we’re pretty massive. With the fire at Notre Dame, we saw another 25 million video viewers on Facebook.

And it’s important to note when viewers watch live, they’re watching eight times longer than they do VOD on the Facebook platform. So these aren’t sort of artificially inflated hundreds of millions of videos start numbers that some publishers will quote, this is truly the number of people engaging with live coverage that happens to be on the Facebook platform.

2. With most news outlets trying to reach a younger audience via digital distribution, how does ABC News Live stand out?

The best way that I can describe it is we’re trying to remove the need for a second screen experience. So here’s where we differ: Say you’re watching one of our Emmy Award-winning docs that stream on ABC Live and then say Meghan Markle goes into labor. You’re probably going to get an alert on your phone and you’re going to be immediately distracted from the primary screen and turn to your phone. So one of the things that we’re coaching our editorial team to explore is to remove the need for the viewer to turn to that second screen. (They will inevitably still turn to the second screen, but remove the needs.)

So for example, what we might do is bring in a livestream from outside Buckingham Palace or a livestream from outside the hospital or any live motion coverage that we can get related to the royal baby. We will show a live picture of what’s happening and we’ll do it in sort of a side box while the documentary still runs.  If there’s not that much to say, maybe we’ll start exploring the area with Google Street View or we’ll bring in slide shows of the royal family or we’ll do pop up video-like fact boxes so that you can either choose to engage with the doc on the left side of the screen or with the news on the right side of the screen.

3. Are you worried the multiple stories on screen won’t sit well with older viewers?

We view that as really programming that can only be consumed for digital natives, people that inherently use multiple screens at once. We believe that for the over 40 audience, this sort of experience is probably too distracting. But to digital natives, whether you want to call them millennials or Gen Z, we just called it the streaming audience 21- to 39-year-olds, we found they loved that, which was seen through high engagement.

And that’s who we are building this for — the streaming audience who grew up in the digital age and is uniformly comfortable consuming content on multiple screens at the same time.

4. What has been the biggest challenge since pushing into live video via ABC News Live?

If there has been a challenge, it’s been sort of retraining longtime news producers to understand what we’re trying to do. We’re not trying to re-create a cable news format, we’re not trying to do television. We are actually trying to do things that perhaps make some viewers very uncomfortable. And it’s sometimes hard for everyone to wrap their minds around just how aggressively experimental we’re OK being

5. What has been the biggest lesson learned so far since experimenting with live streaming via digital distribution points?

We started experimenting with the concept of raw livestreams many years ago. And one of the anecdotes that we still use to train and onboard new producers to ABC News Live is from the 2016 Republican National Convention.

And when it went back to the studio and back to a host at a desk and we started using over-the-shoulder graphics and a more traditional cable TV format, we started seeing concurrent viewership drop. So that was a big ‘aha’ moment for us and a big learning. So now we’re really homing in on how we can take advantage of that interest in raw footage.