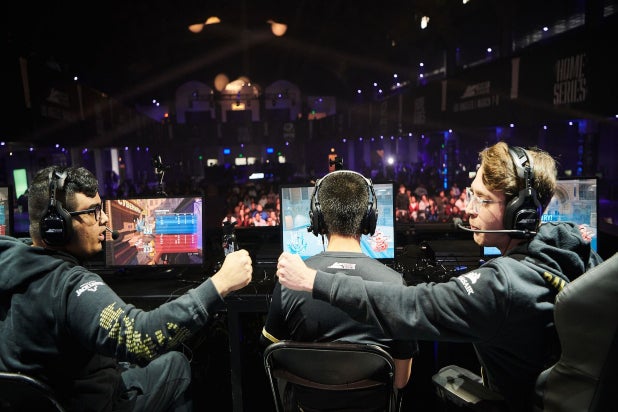 Fall Film Festivals Struggle for Relevance in the Year of Coronavirus

”Bringing the league to YouTube and seeing its positive momentum in viewership and subscribers throughout the season has been a massive win,“ YouTube global head of gaming Ryan Wyatt says

Less than a year after shutting down a worldwide esports league to create another from scratch, “Call of Duty” owner Activision Blizzard’s new broadcasting partnership with YouTube is paying off.

An exclusive deal with YouTube Gaming inked in January boosted the League’s profile at a crucial time — coronavirus forced the Activision to cancel all in-person home matches and switch the typical in-season esports matches to a virtual format in March.

The bet on YouTube was strategic for Activision, as most younger esports viewers spend hours on the platform a day — and Activision was forced to lean on online broadcast more heavily to promote its content this season.

Over 360,000 people worldwide tuned into the first virtual Call of Duty League Championship — between the Atlanta FaZe and Dallas Empire — on Aug. 30, a record-setting audience number for any “Call of Duty” esport event. Activision said that figure was up from 200,000 people who tuned in to watch the Las Vegas Open event last year.

The Dallas Empire won this year’s championship, and took home the largest share of a split $4.6 million prize pool — $1.5 million — plus a huge onyx “Call of Duty” themed throne along with a trophy and matching championship ring.

In January 2019, Activision shuttered its Call of Duty World League after three years of operations in favor of switching to a format with localized franchise models and fewer teams. This year should have been a practice run for in-person events under the new Call of Duty League structure, but Activision barely got halfway through its planned series of home stadium events leading up to the championships before coronavirus upended the agenda.

“We took roughly 5 or so weeks to really shift our operations, competitive play and our remote broadcast to a fully remote execution all over the continent with our players, teams, personnel operating remotely, which was truly a feat,” Call of Duty League Commissioner Johanna Faries told TheWrap. “We were able to deliver the remainder of the season even in an online world, I felt like that was a testament to the power of the product and the innovation that drives it.”

Faries said that the League was already set up to broadcast remote because of the global nature of its teams and audience. The YouTube Gaming partnership also extended to Activision’s “Overwatch” esport, which also shifted its season to be completely virtual. Faries said the company will release VOD and co-streaming statistics in coming weeks.

Esports is positioned to do well during the pandemic. Analysts say the sport’s ability to continue hosting competition means the industry’s overall ad revenue isn’t expected to fall too drastically this year.

“The competition is just moving from in-person to online, and that allows for the integrity of the rights to be what was purchased, so long as viewership is both as broad and deep as was intended,” Ari Segal, chief executive of Los Angeles-based esports team owner and Call of Duty League competitor Immortals, told TheWrap earlier in the season. “If (viewership) is flat with expectation or exceeds it because more people are home, there’s an argument to be made that in the short-term, the value realized for the rights purchased is in excess of what was originally thought.”

In late March, the League cancelled all in-person matches — Los Angeles got its first and only home series event of the season March 8, which featured actor Michael B. Jordan playing a pre-match “Call of Duty” game against Los Angeles Rams running back Todd Gurley and actor King Bach. Jordan is a partial owner of New York City-based esports team the New York Subliners.

At the L.A. Home Series, Jordan told TheWrap he hoped the Call of Duty League was received well by both fans and critics.

“This is really the first year for us of introducing it to the world,” Jordan said. “There’s no doubt in my mind that for years to come this league is going to continue to grow and grow, and it’s cool to be here from day one.”

Growth is priority No. 1 for Activision and the global pandemic has the game publisher and esports league operator fiending for new ways to expand its audience. The Call of Duty League went almost overboard in marketing the event to fans, including through in-game rewards given to players who watched enough content.

Activision offered exclusive weapons and cosmetic items in the “Call of Duty” Warzone game for viewers who watched the Championship on the website while logged into their Activision accounts. A selected 10,000 viewers were granted a code for early beta access for the upcoming “Black Ops: Cold War” game that will release Nov. 13. These efforts paid off — the channel soon hit a record number of subscribers.

“The Call of Duty League shattered COD Esports viewership records, as fans from around the world tuned in to watch the league’s inaugural Championship,” YouTube global head of gaming Ryan Wyatt said in a statement. “‘Call of Duty’ has been a long time personal favorite so bringing the league to YouTube and seeing it’s positive momentum in viewership and subscribers throughout the season has been a massive win.”

The YouTube channel for the Call of Duty League currently features six shows that advance the competition content, like “The Barracks,” a T-Mobile-sponsored interview show with pro gamers; or “The Campaign,” a look inside each team’s pre-season prep.

“We feel ever more bullish around viewership moving forward with partners like Google behind us,” Faries said. “Our team franchises continue to not only develop their brands, but continue to form their fan bases and the personal connections made between their players and communities.”

“Call of Duty” publisher Activision reported second quarter earnings Aug. 4. Its revenue for the quarter totaled $1.9 billion, up from $1.4 billion in Q2 2019, spurred mostly by revenue from purchases in the free social multiplayer game “Call of Duty: Warzone” and its phone counterpart, “Call of Duty Mobile.”