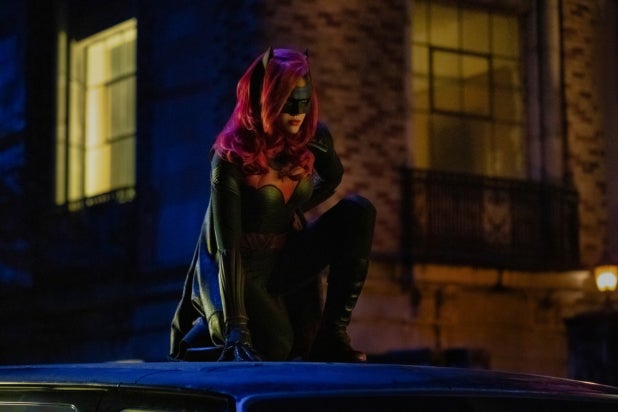 Despite its ever-expanding roster of DC Comics characters, The CW will most likely never get to use its most famous one: Batman.

But with “Batwoman,” the CW is coming as close as it possibly can to The Caped Crusader, who remains off-limits for the foreseeable future. So the creative team behind the show decided to lean into that aspect: What is Gotham City without the Dark Knight?

But unlike “Gotham,” the Fox series that depicts the city before Bruce Wayne ever puts on his cape and cowl, “Batwoman”  will see Gotham City after the Dark Knight has left. “It’s a post-Batman Gotham City,” Sarah Schechter, an executive producer for the series, told TheWrap. “What is it like after these heroes leave?”

“Batwoman” is one of the buzziest projects of this year’s crop of pilots and — although it lost “Game of Thrones'” David Nutter as its director last week —  a near-lock to get picked up to series in May. And for The CW, it could serve as the linchpin as the network transitions into its second phase of DC characters.

The DC Comics brand has been very important for The CW, helping to lift it out of its post-WB Network phase. After “Gossip Girl” ended its run, the primarily-female skewing network was searching for an identity, including failed attempts at reviving “90210” and “Melrose Place,” and a “Sex in the City” prequel that missed the mark.

But “Arrow’s” launch in 2012 has provided a foundation for the network to rest on and now includes a roster of five different series: “The Flash,” “Legends of Tomorrow,” “Supergirl” and “Black Lightening.” But some of those shows are getting close to their expiration date.

“Arrow” is heading into its eighth season next fall, while “The Flash” will be revving up its sixth campaign. CW president Mark Pedowitz noted that the network is going to need to pass the baton to a new group of heroes soon than later. “Things will age and we want to get the next generation of shows to keep The CW DC universe going for as long as possible,” Pedowitz said earlier this month during the Television Critics Association press tour.

That’s why Batwoman’s introduction was such a landmark event for The CW and its “Arrowverse.”

When Ruby Rose made her debut as the character, along with Gotham City, during the network’s “Elseworlds” crossover event in December, it featured the first mention of any kind that Batman does in fact exist. Or, more specifically, he did exist. It’s just that he fled Gotham City about three years ago. That question serves as the jumping off point for Kate Kane aka Batwoman’s story.

“Batman is missing. What does that do when your heroes are gone and who steps into that void?” Schechter said. “What’s great about the restriction of just focusing on Batwoman is that we have to build a world for our character. It’s a character that people don’t really know.”

The “Elseworlds” crossover name-dropped Bat-references left and right, including villains The Riddler and Mr. Freeze and locations like Arkham Asylum. Even the Bat signal makes a brief appearance. The Gotham City setting enables the network to put a new spin on familiar Batman lore.

But it is another version of one of the most-frequently depicted fictional cities on screen. How does the CW differentiate its take on Gotham City enough from what Tim Burton and Christopher Nolan did, while not losing the key ingredients? For starters, you get Lisa Soper, who served as production designer on Netflix’s “Chilling Adventures of Sabrina,” to bring the CW version of Gotham to life.

“[Gotham City] becomes these sort of Rorschach tests of the worlds that we live in when we make them, and the people who create them,” Schecter says. “The Gotham we talk about [in “Batwoman”] kind of reminds me of Johannesburg during apartheid. There’s a real difference between those that have and those that don’t.”

If “Batwoman,” as most expect, does get picked up to series for next season, Schecter is hopeful she’ll be part of the next crossover event, which will be one of the most famous DC Comics storylines: Crisis on Infinite Earths. “Assuming it goes to series — I would say never say never — but it makes sense to me. I would love to see that.”