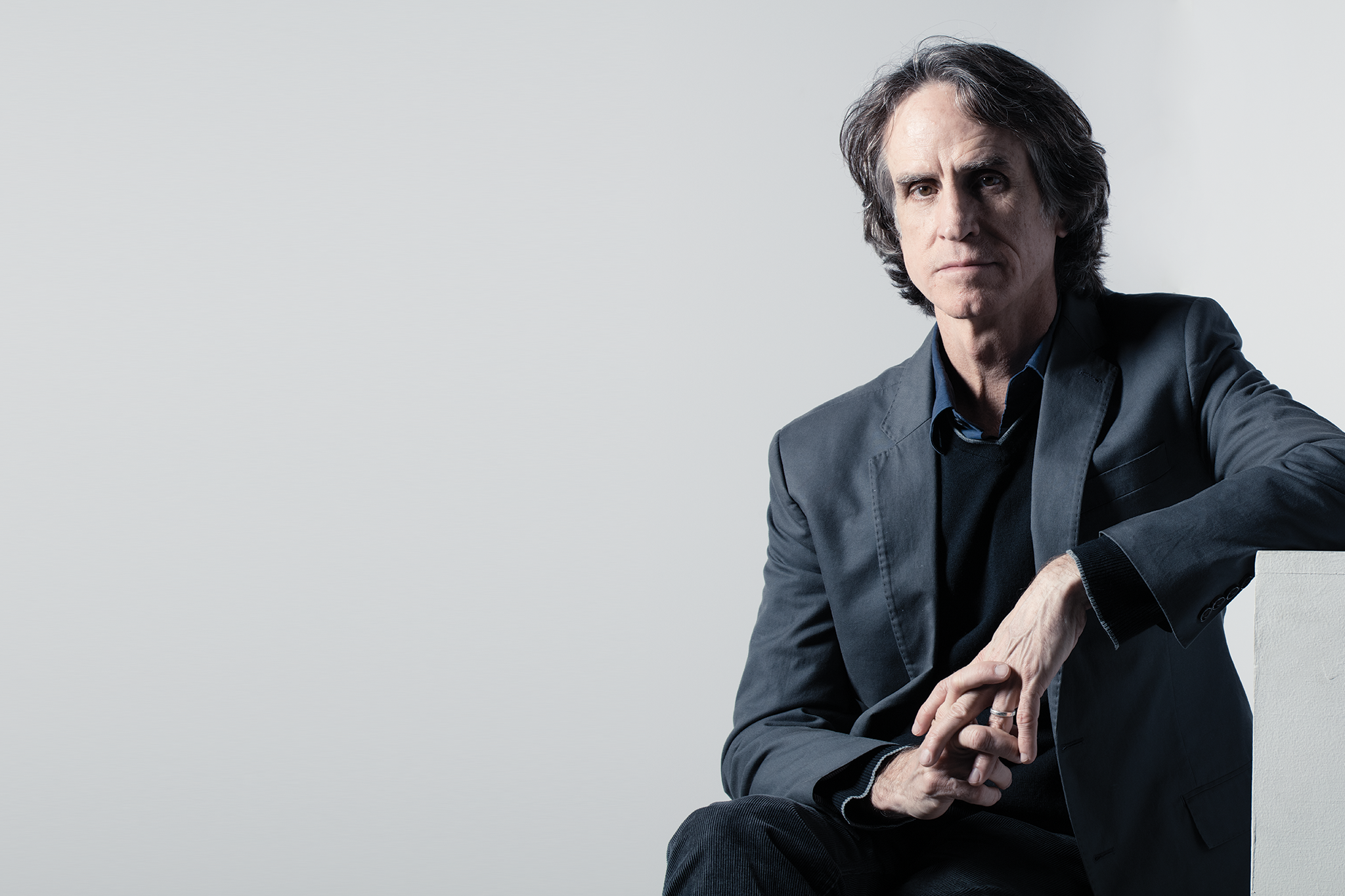 This story about Jay Roach and “Bombshell” first appeared in the Actors/Directors/Screenwriters issue of TheWrap’s Oscar magazine.

Jay Roach has evolved into one of the most politically daring directors of our time, following the award-winning “Game Change” and “Trumbo” with “Bombshell.”

The well-titled film about the sexual-harassment scandal at Fox News under the late founding CEO Roger Ailes (remember him?) was produced by and stars Charlize Theron, with Nicole Kidman and Margot Robbie playing other women who endured the network’s toxic culture. I sat down with Roach to discuss why he decided to tackle this topical project (you can listen to the full interview on the podcast below).

This is a movie about what happened at Fox News under the reign of Roger Ailes, it’s got three principal women in the roles and Charlize Theron as Megyn Kelly. You don’t get more zeitgeisty than that, but it’s also a pretty high-risk project. Why did you take it on?
Well, we didn’t know it was going to be so zeitgeisty, I didn’t really see that Ronan Farrow’s book was going to come out right about now and also the Megan Twohey, Jodi Kantor book, “She Said.” Both have raised the amplitude of the conversation, especially around NDAs (nondisclosure agreements) and forced arbitration that — as we learn in our story — is a huge part of the problem. Women sometimes get in these situations where men abuse them and prey on them and then force them to be quiet about it by settling and forcing them to sign NDAs. So we didn’t know all that was coming up right now.

At the time when Charlize sent me the script, I was surprised that I had forgotten that it was a year before the big #MeToo thing that this all happened at Fox. I knew about Megyn Kelly and I’ve been sort of traveling in those circles doing these political films before where I’ll go to the White House Correspondents Dinner. I was at the GOP convention when Megyn announced it on air that Roger was fired in 2016.

He’d been basically untouchable for years…
He was untouchable and there just weren’t a lot of women to jump in and support someone like that, as there were later around the Harvey (Weinstein) thing. There was never anything quite like this in the media, in a big corporate situation with this guy. And they were unlikely women to do this — they were conservative women, and Megyn especially had said in multiple situations that she doesn’t like to see herself as a feminist at all, doesn’t like the word feminist. And they ended up being the women who took this guy down.

There are a lot of funny moments in the film and I have to say, Charlize gives a fantastic performance…
She’s amazing.

…as Megyn Kelly. There are moments, particularly the beginning of the film, where I lost Charlize. I really thought I was looking at Megyn Kelly.
You’re not alone. In multiple screenings people thought at first that I started the movie with archival footage of real Megyn, and that’s a trick we’re trying to do to some extent because we’re intercutting Charlize as Megyn with real Donald Trump in the actual debates within the first three, four minutes. Her portrayal, her channeling of Megyn, is almost a reverse body snatching, I talk about it that way. She let Megyn take over her body and it presents as Megyn so effectively that it confused people. We weren’t sure that was a good thing at first, but then we thought, you know what? People are going to admire her for really taking it that seriously. But I do want to go back to why you wanted to do this. Why tell a woman’s story? At any point did you think, “Maybe it should be a woman telling a woman’s story?”
We definitely thought about that when Charlize sent me the script. She just sent it to me as a friend and said, “Give me some notes” and asked if she should do it. I said, “You should definitely do it, and here’s what’s powerful about it.” And one of the things that I talked to her about at the time was that men just don’t talk about this stuff. And we’re often beneficiaries of this bent system.

I’m a director in a town where I think around 10% of feature directors are women. It’s ridiculous. And we’re also, in some way, potentially complicit in that we may sense that something’s going on in a certain situation and we’re just in denial of it. I’ve never actually experienced anything on my sets where I thought this was going on, but there was one movie and I found out well after we were finished shooting that an AD was putting pressure on a PA. It fortunately got reported but, I was like, “How did I not know that? Why am I not that sensitive that I’m really paying close attention to these things?”

I just wanted to be part of a story that encourages men to experience this empathetically, that actually asks men to — as Charles Randolph, our great screenwriter has said — put yourself in that room with Margot Robbie, the Kayla character, as she’s being taken just over the line far enough that now Roger Ailes is going to have her in his culty clutches.

Men just don’t understand that, and I knew I didn’t understand it well enough. Part of what I like to do in my films is to put myself in situations I don’t understand, that I’m desperate to understand, partly because I’m in this anxiety dream with all the rest of us of, “How are we going to figure this out?” Our civilization is so screwed up. It’s very easy to be a pessimist, so these stories are a kind of therapy for me. If we could get people to empathize with what exactly is going on, could we at least be part of a conversation that contributes to change — and certainly in men, contributes to a little more awareness, a little more empathy and a little more determination to become part of the solution?

Trust me, even as a woman it’s not always easy to understand how this happens.
Sure. Well, I think men are even more disadvantaged. What’s so interesting about that scene, she (Kayla) is going in for a job interview, she wants it very badly and then — the way he exploits her ambition is just not something men have to put up with. We did find in our research that women would describe this thing called “The Spin.” Roger would invariably, for women he wanted to harass, ask them to stand up and give him a little spin and look at their bodies up and down. And very often it was about, this is step one: Will you put up with me ogling you like this? Women started talking about it and said, “Beware The Spin!” 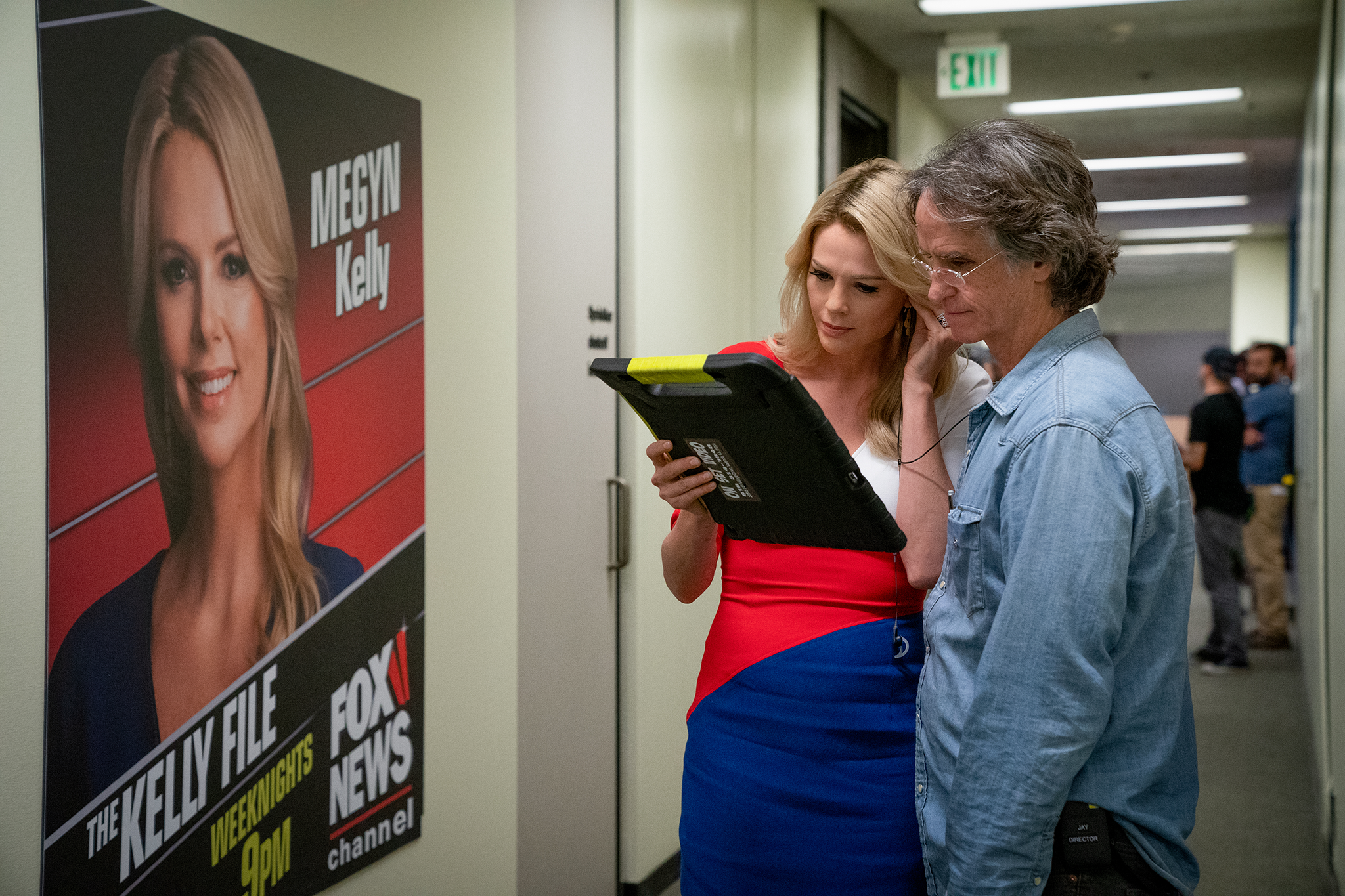 I think you really pull off something very tricky, commenting in a narrative feature on something that is so fresh in our current–I wouldn’t even call it history, it’s current affairs, with almost all the characters still alive and still in the bloodstream of the culture. Then there’s also this interesting phenomenon how Roger Ailes has gone from being one of the most powerful people in the country to being someone who is being judged by the likes of you as a villain.
He was a really funny, incredibly witty dude — I talked to a bunch of people on the left who loved Roger Ailes, actually loved him, would talk about things he did for them. And that’s why I cast John Lithgow to play him. John’s one of the nicest human beings on earth, and when he’s coaching the women and being a mentor to them you can see why someone like Megyn Kelly, even after she was harassed, works for him for 10 more years and rises up and he helps her.

The weird, complicated thing in these situations is that harassment isn’t incompatible with actual working relationships, it just isn’t cool and should stop. Women should obviously feel safe at work — and I hoped by telling this story that it goes to show how much it’s not a partisan issue. These were conservative women coming at conservative men. Harvey (Weinstein) was a lot of progressive women coming after supposedly a progressive man. It doesn’t distinguish between parties. Women have to suffer this bulls—. I call it male-pattern bulls—.

Here’s my conversation with Jay, as a podcast! SW

Read more from the Actors/Directors/Screenwriters issue.