While Lifetime’s launch of "Project Runway" has been an 18-month odyssey filled with more than a few potholes, Bravo has had a much smoother journey since saying goodbye to the show it birthed and nurtured for five seasons before Harvey Weinstein sold it away to the highest bidder. 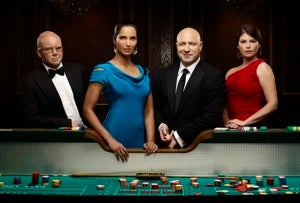 Not only are the network’s overall ratings strong, but Bravo hasn’t missed a beat  in its quest to stay on top of the cultural zeitgeist post-"Runway." The "Top Chef" and "Real Housewives" franchises have become media darlings to rival "Runway,"  with each spawning at least two spinoff series.

There have been some bumps, of course.

"The Fashion Show," a competition series that launched last spring, was meant to be something of a direct replacement for "Runway." But it turned out to be a modest ratings performer that generated very little heat (it might still return for another cycle).

There was also the grief of losing a program that had become integral to Bravo’s DNA, not to mention an association with beloved talents such as Heidi Klum and Tim Gunn.

"There was no ignoring it, and yes, there were a range of emotions," admits Frances Berwick, the network’s general manager and programming chief. 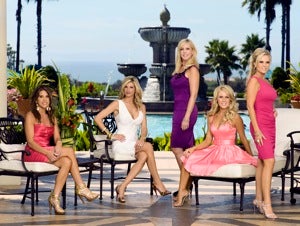 What saved Bravo from a programming meltdown  post-"Runway" was preparation.

For one thing, network insiders knew for more than a year that there was a chance "Runway" would be leaving. Early talks between NBCU and the Weinstein Company had centered around the idea of moving the show to a bigger Peacock property such as NBC or USA, giving Bravo executives a hint that their precious might be on the move.

What’s more, "We learned a lot from the (last time) we had one ginormous hit, which was ‘Queer Eye,’" Berwick says.

When that show flamed out more quickly than expected, Bravo was left without much else in its programming aresenal.

"So we had a strategy in place to build up a big bench strength," she said. "The paramount thing then and now was that it wasn’t the only show on the network … We’ve systematically built up a very large roster of different kinds of shows … all directed to this same targeted audience. "

Right now, sans "Runway," Bravo has 14 original series  that have had episodes with over one million viewers in 2009 — from the 4 million-plus "Top Chef 5" to multiple installments of the "Real Housewives" franchise (which have averaged between 2-4 million viewers over the year).

More impressively, most of its returning series are growing by double and triple digits (though the current cycle of "Top Chef" is down a tad).

Some critics wonder if Bravo isn’t going overboard by moving toward five versions of "Housewives" (Washington, D.C., is the newest addition) and three takes on "Top Chef."  Berwick, however, think her network’s schedule has plenty of breadth, and notes that the various "Housewives" shows all play to distinct audiences.

"Right now, we haven’t reached the saturation point," she said.

And Bravo is trying to diversify.

The real estate themed "Flipping Out" and "Million Dollar Listing" both have rabid cult followings, while "The Rachel Zoe Project" has turned the stylist into a reality TV icon of sorts (complete with YouTube parodies).

This year, also saw the launch of "NYC Prep," the teen-focused docu-soap that Berwick says was "outside of our wheelhouse." It may or may not return for another cycle, but Berwick believes the show was worth the shot.

"It did something very different (and) wasn’t completely within our direct viewers’ bullseye," she said. "When you have a lot of originals, you can afford to take some risks."

An upcoming competition series about the art world, from executive producer Sarah Jessica Parker, also promises to test Bravo’s ability to mine reality show drama out of high-class arenas.

Berwick said Bravo’s expansion will continue next year. She tells TheWrap that the network’s programming budget will increase by 20 percent in 2010, which will be spent on both new shows and beefing up episodic orders for existing hits.  Expanding original programming to another night seems likely.

Scripted programming is also in development at Bravo, with several projects announced earlier this year. "It’s something our audience wants," Berwick said.

The ferocious pace at Bravo is a reflection of the network’s ratings growth– but also its desire to never become too dependent on one show or franchise. If all the "Real Housewives" went out on strike tomorrow, or the Food Network somehow stole away "Top Chef," Berwick wants to be prepared.

"If any show is bigger than the network, you’re in trouble," she said. "It’s got to be a balance of many different shows, and many different people. You need that breadth."