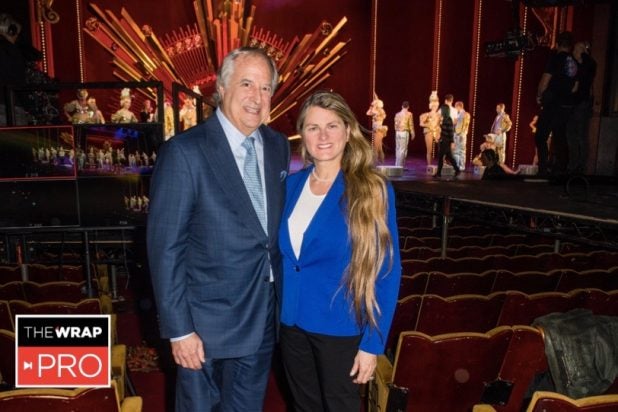 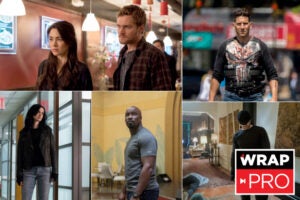 Why the Marvel-Netflix TV Partnership Disintegrated

5 Questions: ”There was a fear of cannibalizing the ticket sales on the live production,“ BroadwayHD co-founders Bonnie Comley recalls

Broadway isn’t just for the theater anymore. For the past several years Bonnie Comley, a three-time Tony winner, and Stewart Lane, a six-time winner, have taken stage shows into the homes of thousands of fans across the U.S. via their BroadwayHD streaming service.

Launched in 2015, the service carries over 250 full-length, live-to-tape stage productions, including full works of Shakespeare, performances from Cirque du Soleil and a growing library of popular Broadway musicals such as Hugh Jackman’s 1999 revival of “Oklahoma!” the 2010 25th anniversary staging of “Les Misérables,” Imelda Stuanton’s acclaimed 2015 London revival of “Gypsy” and the Tony-nominated 2017 Broadway revival of “Falsettos.”

The offerings even include a taping of the recent Tony-winning Broadway revival of “The King and I” — which is still on a nationwide tour throughout the U.S.

The streamer, which charges $8.99 per month, declined to disclose the number of subscribers. But Comley and Lane have bet that BroadwayHD’s niche focus on theater-specific content will allow them to succeed in a market that continues to swell with new streaming platforms.

We sat down with Lane and Comley to discuss how they overcame theater producers’ resistance to “cannibalizing” ticket sales and the possibility of producing original content.

1. Why launch a streaming service for theater, which was created to be seen live and in-person?

Bonnie Comley: We saw an opportunity to bring a luxury brand that’s recognized around the world to an underserved audience. Five years ago, the average ticket price for a Broadway show hit $100 for a ticket, so it’s expensive. And even if you look at all the people that can come, there’s a whole universe that doesn’t get here. What we’re offering is a luxury brand at a fraction of the price — this was our way of bringing Broadway to them. This streaming technology allows the consumption of theater in a different way at any time, anywhere.

Also Read: Netflix Says US Streaming Is Down 32 Percent vs Super Bowl LIII

2. Was there any push-back in the Broadway Community from those that thought a streaming service would hurt ticket sales?

Comley: Yeah, I mean in our three years in existence the conversations that we’ve had with our colleagues in the Broadway League have flipped 180 degrees. Three years ago, there was a fear of cannibalizing the ticket sales on the live production.

I mean, it’s a $25 million musical that somebody is putting up and we’re saying, “Hey, let us come up with our 14 cameras and put it on the internet.” You know? People were like, “Wait, wait, that’s not how it works!” There was a lot of hesitation, but what we did was focus on the limited runs and the shows that were closing.

We have also made sure to be respectful of what the vision of the stage director is. We’re not trying to come in and change it in any way, we’re just trying to put it out for the rest of the world to see.

3. How do you stand out in a world full of Netflix and Amazon, which are slowly starting to incorporate Broadway shows in their content libraries?

Comley: Well, we’re a brand that just has full-length stage plays and musicals. The other services may have “behind the scenes” or “the making of,” but they really don’t have the full-length show. And we’re so far still the only ones that have full-length shows. If you want stage to screen, we’ve got 270 of these shows all in one place. If you hunt around on one of the bigger streaming services, you might end up with a cooking show or find a new TV series. But theater fans, which are crazy loyal, are just looking to get their theater fix.

Stewart Lane: It’s sort of like if you’re a sports fan. If you’re a Red Sox or Yankees fan, you go to games to watch them, you watch them on TV or you watch it on your phone. We have the same kind of passion for theater goers which there are over 31 million of in the United States alone. And if we can scratch the surface of that, which we’re starting to do now, we can continue to expand.

4. Any plays to bring original and live content to the platform?

Comley: We actually have done live. We made the Guinness World Record for doing the first livestream of a Broadway show while it was still running in the theater. So we have done live and that’s something we may look to in the future, but for now we’re looking at it and we believe that for the increase in costs to do the live piece, it wasn’t really worth it for us because our fans didn’t really care.

They don’t mind watching the show the next day. So the premium added to the cost at this point isn’t worth it. We have to find exactly the right content to work with.

Lane: We have also been experimenting with original content. We already have plans in the works now to actually start from scratch to do a production that would be live on stage and [streamed] at the same time. So there are plans for original programming as we expand, but we’re not doing that as our mandate upfront. Right now, our goal is to just capture the live experience.

Comley: As long as they’ve been keeping statistics, the average Broadway ticket buyer has remained the same person. It is an over-40 white woman with a higher disposable income and a higher education that usually buys the ticket.

But we’re also serving people that can’t afford buying a ticket to Broadway or can’t get to New York City or people that used to be here that don’t have access to it anymore because they moved or they can’t get through Times Square anymore.

Lane: We also have a growing portion of our subscribers that are younger than 40. We have a whole younger crowd that’s expanding every year, which gives us more opportunity to shoot new content.

Only a select few entertainers have earned a competitive Emmy, Grammy, Oscar and Tony to claim coveted EGOT honor. (There are five others who have snagged all five prizes when you include honorary or special awards, including Harry Belafonte, James Earl Jones, Quincy Jones, Liza Minnelli and Barbra Streisand.)