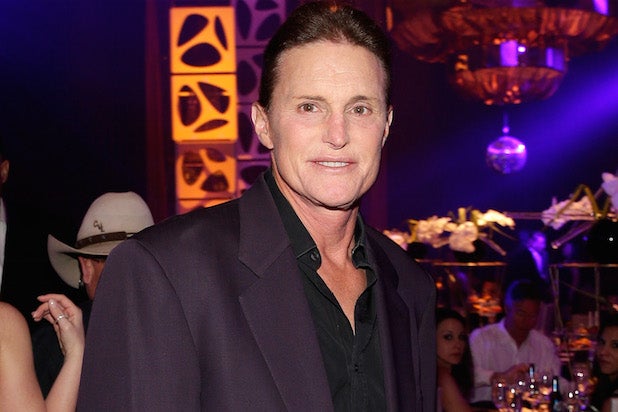 Bruce Jenner is making some genius business decisions that are setting him up for a big payday and renewed fame.

This week’s announcement of his upcoming two-hour interview with ABC News’ Diane Sawyer is just the latest of several moves to redefine his brand and emerge from the Kardashians’ shadow as a free agent.

“His brand has been diluted and controlled by the Kardashians,” Chad Kawalec, founder of The Brand Identity Center, told TheWrap. “And all of the associations that go with that is what he’s breaking from. And one of those associations is E!. It’s all of those pieces where he’s basically saying ‘I am no longer in the shadow of that brand. I am taking control of this brand now.’ I think he’s doing it in a really smart way.”

While his divorce earlier this year from Kardashian momager, Kris Jenner, and his still unconfirmed transition to a woman began generating tabloid headlines, Bruce was already hiring his own publicist separately from the Kardashians.

“Alan Nierob is a great choice by Bruce Jenner,” one veteran publicist who formerly worked at Rogers & Cowan told TheWrap. “He’s a complete pro who’s been instrumental in guiding many celebrities through tough situations and career transitions. Bruce is in very good hands with Alan.”

In a much more public act of independence, Bruce wasn’t included in the Kardashians’ recent talent renewal with E!, which reportedly amounted to a $100 million deal. Bruce had only been contracted through the currently airing Season 10.

“I think he’s getting good counsel,” Kawalec said. “He’s always going to have associations with the Kardashians, but he’s going to build it back up on his own terms.”

His exclusion from the E! talent deal means his upcoming series could go to the highest bidder — not by default to E! as most other news outlets assume will be its home.

“It’s smart for them to start seeking outside just the NBC Universal halo while they have a massive marketing campaign behind the Kardashian family. And while having an affinity there, it is always smart to figure out how you can expand your audience reach by looking at different network areas to partner with,” Jesse Redniss, co-founder of entertainment and technology advisory company Brave Ventures, told TheWrap.

Also, Bruce may be seeking a bigger personal evolution for himself.

“He’s been involved in the salacious aspect of reality television and what the larger Kardashian clan brings to the table and he may want to explore, you know he’s 65 years old, he is making a major transition in his life and he may have come to terms, internally, with himself and want to give back to society in a different way right now,” said Redniss.

While E! is still the most probable network for the series, there are opportunities for other networks to bid. An NBC insider told TheWrap that it isn’t considering the project, but that’s to be expected. It’s unlikely that NBC Universal networks (NBC, Bravo, USA, etc.) would bid against sister network E!. But, that leaves a whole slew of broadcast and cable networks who would be in the market for a potentially high-rated reveal of Bruce’s transition process.

Also Read: E! Renews 'Keeping Up With the Kardashians' for Three Years, Bruce Jenner Out

Bunim/Murray Productions, which also produces E!’s Kardashian series, has been connected to Bruce’s project, as well. But, that doesn’t mean that E! will necessarily get the series. BMP has shows airing on Lifetime, Oxygen, WE TV and MTV, among others.

That brings us back to the recent announcement that ABC News had nabbed Bruce’s first interview rather than E! News, which pretty much acted as Bruce’s most recent proclamation that he isn’t loyal to the cable channel that has been his home for nearly a decade.

“It’s actually a smart move,” Redniss said of Bruce’s distance from E!. “He’s not just following the Kardashian crew, he wants to diversify the value of what his story is going to be. He also may have actually done some real insights into who cares about his story and where are his loyal fans and followers aligned to and it may not actually be the NBCU audience, it may actually be the ABC audience with Diane Sawyer.”

“He’s clearly trying to elevate himself above the Kardashian brand of frivolousness,” Kawalec said. “I think that’s why a Diane Sawyer and ABC News is giving him legitimacy.”

Even if E! gets Bruce’s new show in the end, the price tag would’ve clearly risen over the last few months.

“It allows him the ability to continue to negotiate. So, he’s not beholden to anybody any longer. He’s going to create a price war,” Kawalec predicted.

“We have not announced a show and continue not to comment,” an E! representative told TheWrap after we approached them for this article.

A representative for the production company told TheWrap, “Regarding Bruce, BMP does not address questions about this.”

Ryan Seacrest Productions, a producer of the Kardashian series though it has long handed over physical production of the E! shows to BMP, has yet to respond to TheWrap’s request for comment.

In many ways, Bruce is simply reclaiming the spotlight. Let us not forget that the 1976 Olympic Gold medal-winner for the decathlon was considered America’s greatest athlete, appeared on Wheaties cereal boxes and earned several TV roles in the 1980s, including replacing Erik Estrada on the highly-rated “CHiPs” for a short time – all before Kris and her Kardashian kids entered his life.

“He had all this fame and glory when he was this athlete,” Redniss pointed out. “And people gravitate towards athletes because they embody the good in all of us and something that everyone is trying to strive to achieve. So, maybe he literally has come to terms with wanting to get back to that type of positive impact on the world.”

“The fact that he’s becoming arguably more authentic is going to serve him well,” Kawalec predicted.