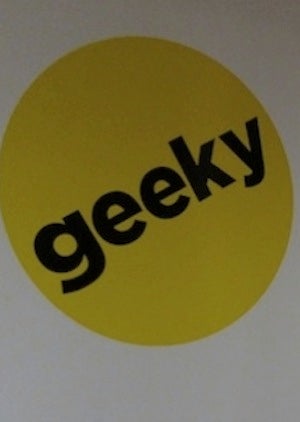 Last January, BuzzFeed, then an aggregator of memes and cat videos, secured a $15.5 million round of venture capital to beef up a craft that most traditional media was downsizing: journalism.

It hired dozens of reporters and editors, opened bureaus in Washington, D.C., and Los Angeles and became a must-read for political junkies during the 2012 presidential election.

On Thursday, the company took another step.

It added adding a fourth round of capital investment — this time worth $19.3 million. And it plans to expand in two major ways: literary, long-form journalism like the kind practiced by New York magazine and the New Yorker, and — with two former Los Angeles Times staffers newly on board — its Hollywood coverage.

BuzzFeed’s been on a roll. According to the privately held company’s internal traffic numbers, the 8 million unique monthly visitors it drew in 2008 has swelled to 40 million, and revenue for 2012 may triple that of 2011, a spokeswoman for BuzzFeed told TheWrap.

Writing in the Wall Street Journal on Friday, Tom Gara reported that some analysts place the company’s valuation at $200 million and say that revenues may reach $40 million this year.

Most of BuzzFeed’s traffic currently comes from its odd mix of news and eccentricity on the homepage. Friday morning, spotlighted stories ranged from J.J. Abrams screening his new “Star Trek” for a dying fan and Sen. Tammy Baldwin talking about breaking the glass ceiling to: “How to Murder Your Friend’s Facebook Page” and “Here Are Some Elephants Eating Christmas Trees.”

But there’s no question things are changing.

The first thing CEO Jonah Peretti did with his 2012 investment cash was hire Ben Smith, a Politico veteran, as the site’s first editor-in-chief. Smith then kicked off a hiring spree of reporters and got to work. Already BuzzFeed is beginning to break stories and get quoted by aggregators.

Then, less than a year into its political foray, the site hired former Spin magazine chief Steve Kandell to make the push for longform journalism.

It began with an experiment — a 7,118-word post from last October titled “Can You Die From a Nightmare?” that garnered more than 115,000 hits. Another in October titled “Making Mitt: The Myth of George Romney” drew nearly 130,000 views. This convinced Smith and his team that literary journalism had a niche in the viral news market.

Despite the internet school of thought that briefer is better, Kandell said he has no plans to restrict stories’ word counts.

“If someone has a story that has to be 10,000 words, I don’t know why that couldn’t be,” Kandell said. “I don’t think people necessarily have a certain fatigue level when it gets to a certain length and people start trailing out.”

Kandell says he plans in the coming months to start publishing at least one long-form story a week and may even start packaging and selling the stories as Amazon Kindle singles or as audiobooks.

Kandell assembled a “Best of 2012” post for his nascent section of the site. The stories ranged from the tale of BuzzFeed’s own political editor Coppins, a Mormon, watching attitudes toward his and Romney’s religion change throughout the campaign to an inside look at the “Dark World of Online Sugar Daddies.”

Plans are to cover more foreign policy and national security issues from a Washington-centered perspective — and to add Hollywood into the mix. The only hands-off topic, apparently, will be international news.

“We’ve played around with ways to make world news more sharable, just like every editor at every publication,” he said, noting that readers liked a roundup of Instagram photos of the civil war in Syria. “It’s really hard, it’s not something we want to jump into without really knowing what we’re doing.”

Smith said he plans to forge a presence in Los Angeles second only to its flagship New York bureau. A Hollywood vertical is expected to launch on Jan. 7.

To that end, the site is entering a crowded space — one dominated by publications like Variety, the Hollywood Reporter, TheWrap, Vulture and the Times — but Rushfield said he plans to cover entertainment through BuzzFeed’s social-web lens: If it’s irresistibly share-worthy, it’s publishable.

“We have a unique position, despite how crowded the beat is,” Rushfield told TheWrap, adding that they won’t be competing with trades over stories concerning studio executives and casting deals. “One of our advantages is that we are not going to be going after every single story that the trades are — we have more room to take the things that we think can be interesting. What BuzzFeed is about is writing news that will be of interest to the social web.”

Now the trick is to make all these editorial investments worthwhile financially.

Forgoing the usual banners and display ads, BuzzFeed offers its clients “branded content.” For example, Scope mouthwash sponsored a “listicle” on the most “courageous” mustaches.

To that end, the advertising team, which is made up of 20 people that report to Steinberg,  works with brands from General Electric to Virgin Mobile to devise sharable pieces of content.

The ratio of advertorial to editorial content on the homepage is usually about one to every six or so stories,” he said.

But — though he declined to reveal exact numbers, as BuzzFeed is a private company — the model helped to increase revenue last year and has allowed the publication to focus solely on its advertising stream.

He said the company has no immediate plans to enter the conference business popular with online publications including the Business Insider, AllThingsD and TheWrap.

“This is our Google ad words,” Steinberg said of the innovative advertising tool that Google pioneered in the mid-2000s. “If we were Apple, this would be our manufacturing of great hardware products.”