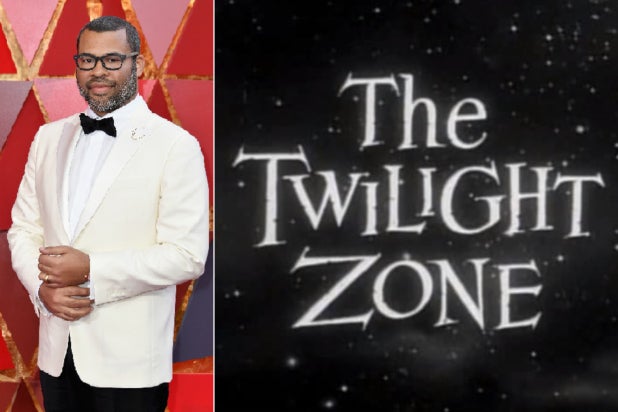 CBS All Access has been building up its slate of original programming, planning to launch 10 new shows next year. And arguably the buzziest one of them all is the Jordan Peele-led reboot of the classic science fiction series “The Twilight Zone.”

So how did CBS All Access, a small but growing player in the high-stakes streaming wars, land the Oscar-winning writer and director of “Get Out”? “We actually had heard that Jordan was such a fan of the original series that he credits it to some extent with his interest in becoming an artist,” Julie McNamara, executive VP, original content, CBS All Access, told TheWrap. “Having heard that, we pursued a conversation with him to see if that’s something he would be interested in.”

It won’t be the first, or even second time the series has been rebooted. There have been two prior revivals of the classic series. The first aired for 110 episodes on CBS in 1985, and a second version, with Forest Whitaker in Rod Serling’s famous role, ran for 43 episodes on UPN in the early 2000s.

“I personally have heard probably 10 different pitches on rebooting ‘Twilight Zone’ over the years,” continues McNamara, adding that none of them “hit the mark” as a reason to bring the show back. That is, until Peele walked through that door.

“It happens to coincide with a moment in the culture that feels specifically ripe for this show to come back,” she said, likening “Get Out” to a two-hour episode that would feel right at home in Serling’s original version. “It feels like right now Jordan’s point of view on the world is very welcome through the use of this franchise.”

Peele echoed that thought when the project was announced last year: “Too many times this year it’s felt we were living in a twilight zone, and I can’t think of a better moment to reintroduce it to modern audiences.”

Peele will not only executive produce the series, he’ll host and narrate it as well. Principal photography began on Oct. 1 and McNamara said they’re about to start production on the third episode. Sanaa Lathan and Adam Scott have been announced as the show’s first two cast members, each starring in separate installments.

The title for Scott’s episode — “Nightmare at 30,000 Feet” — appears to be a reimagining of one of the most popular episodes of the original series’ run. That episode, “Nightmare at 20,000 Feet,” starred William Shatner as Bob Wilson, the only passenger on an airline flight to notice a hideous creature lurking outside the plane. Richard Donner (“Superman,” 1978) was the episode’s director, which was based on a short story of the same name by “I Am Legend” author Richard Matheson. It aired on Oct. 11, 1963.

Serling created the original series, which ran for 80 episodes from 1959 to 1964, and used socially conscious storytelling to explore the human condition and culture of the times. The new series, which will debut sometime next year, is produced by CBS Television Studios in association with Peele’s Monkeypaw Productions and Simon Kinberg’s Genre Films. Peele and Kinberg serve as executive producers along with Win Rosenfeld, Audrey Chon, Carol Serling, Rick Berg and Greg Yaitanes.

“In a really healthy way, it both scares him and exhilarates him to be taking this on,” said McNamara. “He really reveres it.”