What’s next for Dave?

That’s the question of the moment in TV circles these days. Conversations usually dominated by talk of ratings and new fall series now inevitably end up focusing on the future of CBS "Late Show" host David Letterman.

Letterman has now tackled news of his sexual dalliances head-on in two extraordinary on-air explanations. He’s won raves from critics, most of who have spent the last 25 years worshipping at the altar of Letterman. And his ratings, so far at least, have remained high.

There’s a case to be made that the Letterman story should now wind down — unless or until Letterman’s extortionist, Joe Halderman, is brought to trial.

And yet, this is the era of neverending, non-stop media coverage of events. Never mind a Michael Jackson death, these days even minor stories can spawn weeks of play on the Internet and in the tabloids.

To try to figure out where Davegate goes next, TheWrap solicited the help of 10 of the nation’s top TV critics and media reporters.

Our questions: Do you think the Letterman scandal will go away now? Is the media being too tough on Dave — or too easy? And how should Letterman proceed next?

I don’t think this goes away at all. In fact, given what Joe Halderman’s lawyer has been saying the last few days, I foresee this becoming an ongoing spectacle, which very well could result in weeks or months of tabloid scrutiny.

If he continues to make jokes about the situation, he runs the risk of trivializing it and making it seem as though he just doesn’t care. And that’s a problem, given that possible or actual sexual harassment are not laughing matters. Yet if he clams up about it, he may come off as defensive.

In the long run, I think he’s probably best served by doing a news interview on another program and supplying a more satisfying timeline of what happened when.

The bigger question to me is one that was implicit in a recent Nancy Franklin New Yorker review of Jay Leno.

Franklin pointed out that Leno, Letterman and Conan O’Brien have a grand total of zero female writers on their staffs. I’m not looking forward to wall-to-wall tabloid coverage of Dave, but I am looking forward to the articles that research and expose the boys clubs of late-night TV and explore what kinds of work environments they create.

This situation is too volatile to predict, but my guess is: If (big if) no big shoes drop, Letterman comes out of this fine.

First, people don’t like to deny themselves entertainment to punish celebrities; a star usually has to get in ugly-big trouble to destroy his career. My sense so far is that even people who disapprove don’t finally think it’s much of their business. (Whereas, say, the people still outraged over the Palin jokes see this as vindication — but they were not exactly his fan base.)

Maybe this kind of scandal would have hurt Leno more. Leno, unlike Dave, is the guy who always trots out the line, "I still drive the same car, I’m still married to the same woman."

Leno is the guy next door. Letterman is the neighbor who, if you trespass on his property, will call the cops.

As someone who hasn’t watched Letterman’s show in years — and only saw it a few times back when I did tune in — I really don’t have a dog in the fight as to what happens to him, other than being reaffirmed in my avoidance of the show.

The whole affair makes me queasy, both Letterman’s escapades and the allegations against the "48 Hours" producer, but I understand the media fascination. Honestly, you couldn’t make this stuff up except in a primetime crime potboiler, and even then the critics would carp that you went too far.

While I’m no mind-reader, I don’t interpret Letterman’s on-screen confessions as brave or heroic; they just look like a self-absorbed man looking to get out in front of a tsunami before it squashes him flat. As with all legal cases, we have to wait until all the facts have come out, but it seems obvious that Letterman has deep issues in his personal life and feels compelled, for whatever reason, to share with the world.

Do you think this goes away? There’s a few ifs here.

If CBS launches an investigation — a reasonable possibility because a CBS News employee is involved — then it assumes a whole new life. If there’s a trial, then it assumes totally insane proportions, damaging to CBS and Letterman.

If someone else comes forward, say an aggrieved former employee, then that’s another week or two of headlines in the Post, but worse, the possibility of some of sort of civil suit, too.

But … one last if … if none of this happens, then I believe it goes away. Letterman figures out a way to absorb it into his act, and he’s fine.

My free advice? That’s an easy one. Avoid a trial at all costs. Set aside whatever grievances you may feel, and whatever revenge you may seek, and whatever wrongs have been done against you. And remember — the truly aggrieved party here is your wife; your suffering is merely the consequence of your reckless actions. 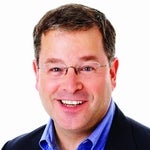 I doubt the media, especially the celeb/tabloid vultures, will let go of the story anytime soon, and who knows what will happen as the legal entanglements continue to unfold. He’s an irresistible story right now, and he owns the watercooler.

All of this is undeniably creepy, but Dave’s the first to say so, which is the genius part (if there is any) in all of this. As long as he continues to make himself the butt of any jokes he tells in this ongoing "What kind of jerk am I?" narrative, that’s what his fans expect, and they’ll no doubt eat it up. The tricky part is how to continue without either belaboring the issue or altogether ignoring it.

It could be worse. We could be hammering the show for being a complete waste of time. Letterman can at least rest easy that he isn’t stuck in a dead-end cocoon of horror (one of my fave quotes from "Glee" this season) … like "The Jay Leno Show."

If we’re lucky, what’s next for Dave is doing the show, making up with his wife and keeping his mouth shut. Unless someone comes forward pretty quickly with a plausible story of sexual harassment, I’m thinking we’re talking stuff that happened between consenting adults, one of whom clearly doesn’t get out much.

And I’m really hoping to be spared any further details.

As for the coverage, I think it’s been largely sympathetic, which is no surprise. Critics like Dave. He’s funny, and he treats us like the pariahs we secretly know ourselves to be.

Plus, he made most of our editors happy this past week. Why wouldn’t we take his side against a cheesy blackmailer from one of the worst news magazines on television?

I would never presume to offer Letterman advice, but he seems to be handling it very well. I’d bet we can assume he’ll make no more serious comments about the state of his marriage (note I said "serious").

What I fear is that he’ll shy away from the post-monologue, at-the-desk stories he’s been telling about his life as a dad with Harry, and in general, letting us hear what he’s thinking about/is crabby about/is giving him pleasure.

That’s the stuff that always makes his show the most valuable, and for a guarded man like him to become more guarded … well, a lot would be lost.

I wish him all the best.

This story will continue to grab the attention of the media for as long as this extortion case remains alive — and that could be a very long time. There may be some periods of quiet … (but) this is a tabloid story. And the tabloids — from the New York Post and Daily News to the supermarket tabs to TMZ — will cling to this like a hungry dog sinking its teeth into a raw beefsteak. So will at least some of the other late-night hosts.

And never mind the details that will inevitably be revealed at trial. With Letterman claiming plural female conquests on his "Late Show" staff, these women will not stay anonymous for that long. The unearthing of each one will be Page 1 news.

Meanwhile, what about "Late Show"?  Well, that’s a big problem. Letterman himself is apparently facing a real domestic crisis on the homefront. Who knows if that will prove so distracting that he’ll seek some extended time off or, in the most extreme scenario, call it quits completely (though that doesn’t seem probable since Letterman seems to be loyal enough to the people who work for him that he would not likely leave them jobless). 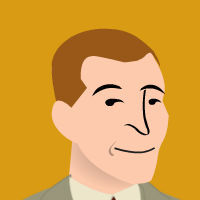 I’m not sure it will really go away, at least not while Halderman’s lawyer keeps doing press and promising to drag Dave through the mud. Part of me wonders if Letterman himself might refuse to let it die, in the same way that he does with jokes that don’t land.

So far I think he’s done a pretty decent job at staying out in front of this, and his own inclination for self-mockery certainly helps. If I were him, I’d be making sure that I didn’t have workplace issues to worry about and keeping the jokes about myself to a reasonable minimum — and really working hard to get back in my wife’s good graces.

As for the media coverage, I’m really kind of hoping the celeb outlets lose interest soon. If, as seems to be the case so far, this wasn’t much more than consenting adults having sex, I really don’t care.

The story won’t go away soon because there’s too many reasons for others to keep it alive. Given that Letterman is so private about his offscreen life, it’s a window into his deepest secrets that the news outlets relish.

The lawyer of the accused blackmailer will also keep the story alive, I think, because it reminds Letterman of the publicity hurricane he will face if this case ever goes to trial. I’m no attorney, but it seems the blackmailer’s best legal strategy right now would be to try intimidating Letterman into limiting cooperation with law enforcement or try sullying his reputation so that any testimony will be less damaging.

He has handled this incident about as well as anyone — with two carefully handled public admissions in an environment he controls totally before the friendliest audience possible.

I think his future, however, depends on whether there are more revelations about his behavior that will make him look less like an unfortunate victim and more like a cad trying to cover serious misdeeds.